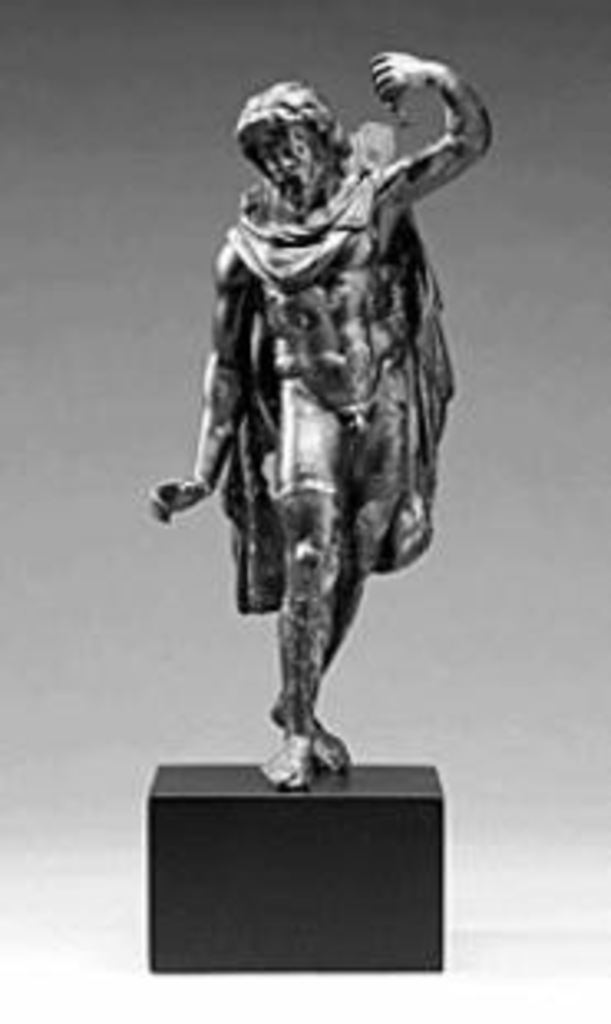 The little statue at the Nelson-Atkins Museum of Art is striking: a 7-inch bronze of a warrior, its wounded right leg gushing red-copper blood and sporting a makeshift bandage in silver. The man depicted in Figure of a Barbarian has an intense look of determination and pain clouding his face. Robert Cohon, the Nelson’s ancient-art curator, says Barbarian (which the museum’s trust purchased in 1957) could be “one of the best ancient bronzes in America.”

But after Cohon arrived at the museum in 1985, he began to see things about the statue that made him uneasy. There was the fashion faux pas, for example: “He would have been snickered right out of the Forum,” Cohon says, referring to the cape fastened by a brooch at the figure’s left shoulder, something no self-respecting second-century A.D. Roman would have been caught dead wearing. “Forgers don’t know Roman clothes, and that aroused my suspicion.”

So Cohon spent the next 15 years researching the little figure in places such as Rome, Los Angeles and New York, trying to figure out if it was a fake. “I thought it was such a wonderful piece,” he says. “But within a year or two, I started noticing how quirky it was.” Its face, he points out, bears a striking resemblance to Jesus Christ — the Jesus that was typical of Renaissance and baroque renderings more than a thousand years after the sculpture was allegedly made.

So after more than a decade of consultations with scientists, art historians and other experts, what’s Cohon’s verdict? He won’t say — until this weekend.

During his lecture “Fakes, Frauds and Scholars” Saturday, Cohon will announce the Nelson’s decision about whether the sculpture is an ancient Roman masterpiece or a modern forgery. Quite a cliffhanger for a Saturday afternoon at the museum.