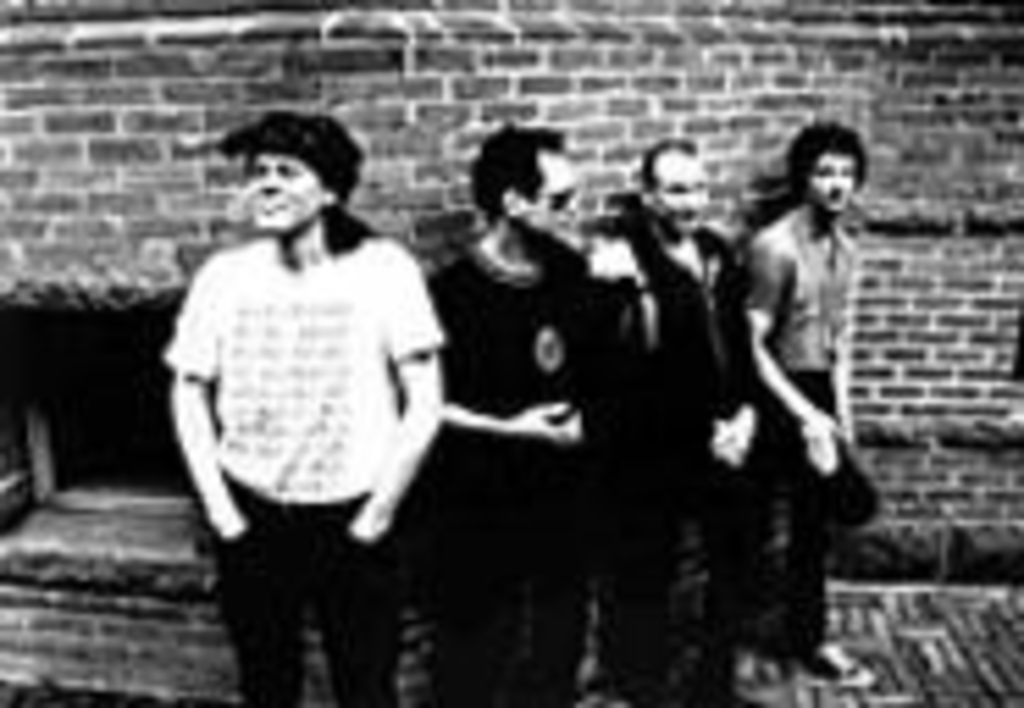 On paper, the reunion of the ’70s sonic guitar legends in Television would seem the pinnacle of the Noise Pop festival, held on the second weekend in May in Chicago. But the real climax came on the opening night of the five-day, fifty-act shindig, when Yo La Tengo shared the stage with Windy City indie institution Eleventh Dream Day. The members of both bands reportedly are friends and mutual admirers, and the prospect of starting things off together spurred inspired performances.

Eleventh Dream Day offered a richer, more diverse sound largely because of the addition of Mark Greenburg, who wove the sounds of various instruments across the group’s solid power-trio foundation. But this added layer of complexity did nothing to abate the band’s fist-pumping drive. It burned through material spanning its entire fifteen-year career before yielding the stage — at least partially — to its colleagues from New Jersey.

Though Yo La Tengo produces a well-honed live show, its performance in Chicago proved this inventive coed trio was impervious to formula. Its set was enriched by the presence of Susie Ibarra, an improvisational jazz drummer who adorned the band’s standards with dense, rhythmic texture. During “Autumn Sweater,” a percussion circle formed, bursting the song into a tantalizing jam. Musically, “Blue Line Swinger” was the high point. Its teasy drum-pulse intro stretched to the point of near cacophony until the song took familiar form some ten minutes after its inception, sending the sold-out crowd at the Metro, a refurbished theater nestled in the shadow of Wrigley Field, into ecstasy.

While the rest of the set seemed vaguely anticlimactic after this epic, an unwitting striptease offered unexpected entertainment. As Yo La Tengo ripped through Neil Young’s “Time Fades Away,” Dream Day’s Rick Rizzo strapped on his guitar and carved out a nasty solo and kept going, unfazed, even after his wife hopped onstage and pulled his pants down to his ankles.

So Television had a hard act to follow — not that its members even cared. The group sauntered onstage at the Metro in button-down shirts and work-around-the-house pants, the bandmates looking a little thick around their waists and thin at their hairlines. They seemed at first to be only tuning up as they noodled around on their instruments, but soon the crowd was awash in their sonic tapestry.

The set did nothing to diminish the stature of Tom Verlaine and Richard Lloyd as electric-guitar sorcerers, with Lloyd providing the rhythmic structure and Verlaine weaving through sounds reminiscent of violins, police sirens and porpoises. But Television relied most heavily on its mediocre 1992 self-titled release and not enough on its 1977 classic, Marquee Moon. And even during the rendition of that album’s title track, the crowd was worked up for disappointment: Just as the song was building to its explosive climax, Lloyd’s guitar blew a fuse and the band gave up on the whole thing.

For the remaining three days, Noise Pop offered cross-town extremes. Friday’s spectrum ranged from the cyborg sounds of Autechre to the doped-up psychedelic sound of Bevis Frond to the spaced-out reggae thump of Jah Wobble. Saturday, martini sippers luxuriated in the cool Hammond B-3 organ sounds of The Jimmy Smith Group while Guided by Voices delivered its meat-and-potatoes rock in quick succession. Scarred punkers threw themselves into the frenzy of a scorching triple bill: Atombombpocketknife, 90 Day Men and Suicide. This show, it turned out, was the hottest of the whole fest — literally.

Somewhere between 90 Day Men’s and Suicide’s sets, the sickly stench of burning plastic wafted through the dark, beer-stained confines of the Double Door. Management, understandably freaked out, staged an immediate fire drill, but the source of the smell was never located. The only thing burning, it seemed, was the music. After a few minutes of poking around, a fine Chicago public servant told the spiky revelers they could go back in and join the fun, which Suicide provided with its set of quality late-’70s-style punk.