Art is hard, but for Tim Kasher, it’s bliss 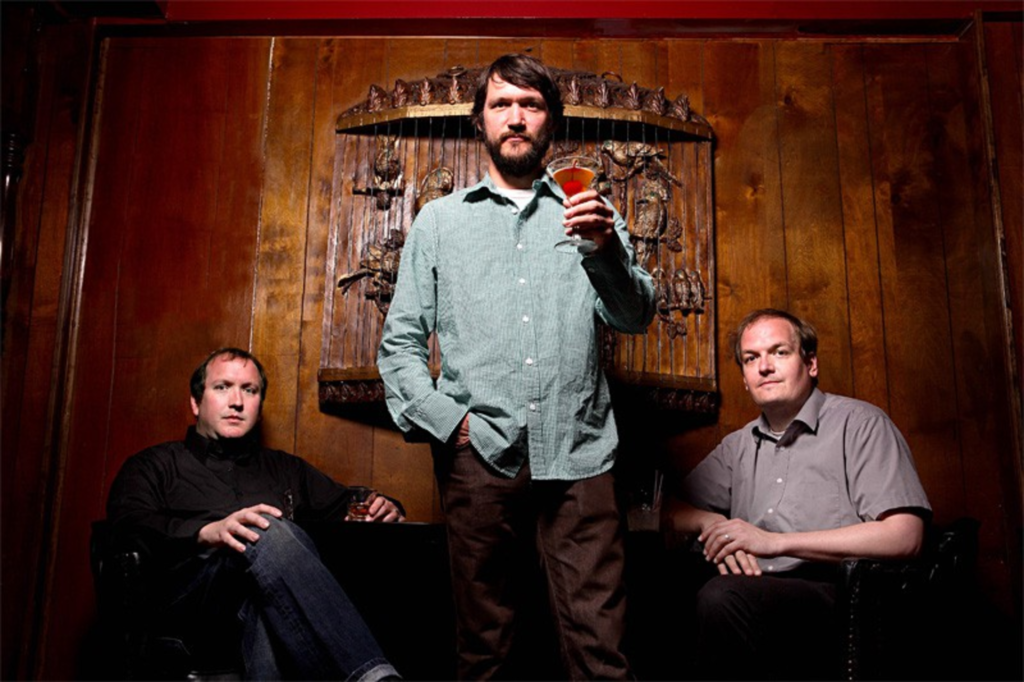 Home is where the heart is. Well, sort of.

For Cursive’s brilliantly emotive frontman, Tim Kasher — steadfast Midwesterner and self-avowed champion of his native Omaha, Nebraska — home is more than just a place. It’s the cradle of his musical career. So why did he pack his bags in 2007 to pursue the glimmering lights of Los Angeles? And why is he now living out in the boonies in Montana?

“Montana seemed about as stark a contrast as I could find to L.A,” Kasher says by phone from a Los Angeles rehearsal space. “It’s as much an erratic move as L.A. was.” This from a musician who has a hard time sitting still sonically — besides the sinewy postpunk outfit Cursive, Kasher has a sweetly acoustic side project, the Good Life. So it’s not surprising that Kasher skipped town in search of some inspiration after spending 33 years in the Midwest.

Wavering between biting cynicism and earnest contemplation, Kasher’s incisive lyrics sacrifice privacy for the sake of artistry. Whether he’s burrowing deep into a musician’s psyche (Fall in love to fail/To boost your CD sales, he sings on The Ugly Organ‘s “Art Is Hard”), surveying the stormy dissolution of his marriage (2000’s Domestica), tracing an affair’s yearlong arc (the Good Life’s 2004 release, Album of the Year) or exploring religious conundrums (2006’s Happy Hollow), Kasher relentlessly peels away the layers of his own life. The results have usually been scathing, even accusatory, and almost always about Kasher himself. Last year’s Cursive album, Mama, I’m Swollen, delves into the struggles of existing outside society and over-thinking, suggesting a musical version of the Malcolm Gladwell best-seller Blink.

Kasher’s flinty self-examinations and somber lyrical reflections seem at odds with the cheerful superficiality of the land of 70-degree sunshine. (After all, this is a guy who once sang about dying a little bit each time he smiled.) The contrast between his pensive personality and the oversaturated intensity of California sent Kasher scurrying off to seclusion in Whitefish, Montana (population: 5,000). Experimenting with new tunes at a local open mic in Whitefish each week, Kasher discovered a luxury he didn’t have in Omaha or L.A.: anonymity. But the move didn’t stop him from missing the West Coast when he returned last month to prepare for Cursive’s tour with Chicago pop-goth punk outfit Alkaline Trio. Kasher’s nostalgia was short-lived.

“I initially was romanticizing it a bit,” he says. “It’s like having an ex. After time passes, you only remember the good things, and not why you left them in the first place,” he explains. “L.A. did me a favor and reminded me. [I parked my car] and I came back 20 minutes later and it was gone. It was eight minutes after 4 p.m., and they’d started towing.”

Kasher can bask in quiet and obscurity in his secluded Montana home these days, but there’s a cost: camaraderie. “In the Midwest, you really have to do it yourself. There’s nobody around to help,” Kasher says. Growing up in Omaha and witnessing the growing success of like-minded artists Bright Eyes and the Faint inspired Kasher and his bandmates. Making trailblazing music no longer seemed the sole province of bigger, better musicians. “Suddenly, it was tangible, this concept,” he explains. “One loves Elvis Costello growing up. But it’s Elvis Costello, and he’s a god. But if your friends are writing really good records, it becomes, ‘Oh, I should write that well, too.'”

Omaha’s tightknit music scene blew up like a mini Seattle in the early part of the last decade as bands on the Saddle Creek record label blossomed into critical darlings. “Saddle Creek: That really came and went,” Kasher says. “A lot was really happening for, like, five minutes.” He laughs and continues: “It seems like I came out of it pretty well. I have a tendency to dismantle the machinery if things are going too well, so working on a lower, steadier profile with more of a cultish group of music fans is a healthier place for me to live.”

Given the unforgiving spotlight that Kasher shines on himself, it’s appropriate that he seeks out a smaller, more intimate stage. One of the cardinal allures of Whitefish, aside from the privacy and the distance from pesky traffic woes, is a nearby studio where Kasher is recording his first real solo album. No more hiding behind a moniker. These days, Kasher is shedding pretense like layers of skin.

In the past, Kasher had no qualms about dredging up silt from his own pond. Kasher’s painfully personal anecdotes shocked listeners with their honesty. Now he’s more interested in keeping his personal life separate. Not that Kasher’s life won’t work its way into his lyrics. “I do censor, and I hate to. I don’t believe in it,” he says, noting that he still looks to the personal to create something that he feels is authentic. “It’s not just about needing to be authentic about myself. It’s wanting to be as good a storyteller as I can. I don’t want to abandon that younger spirit that I grew up with.”

But despite his introspection, Kasher isn’t ready to go gently into that good night. He still wants to rock out, which is why he’s already contemplating another Cursive album. “It’s fairly natural about getting older and winding down,” he says. “I think that in your 30s, you’re supposed to put down your electric guitar. I don’t want to be one of those guys that does that.” Kasher shows no signs of easing up on his guitar strings — or himself — anytime soon.