Arguing about the stimulus, pork-producing hometown Republicans have made a ridiculous stand for austerity 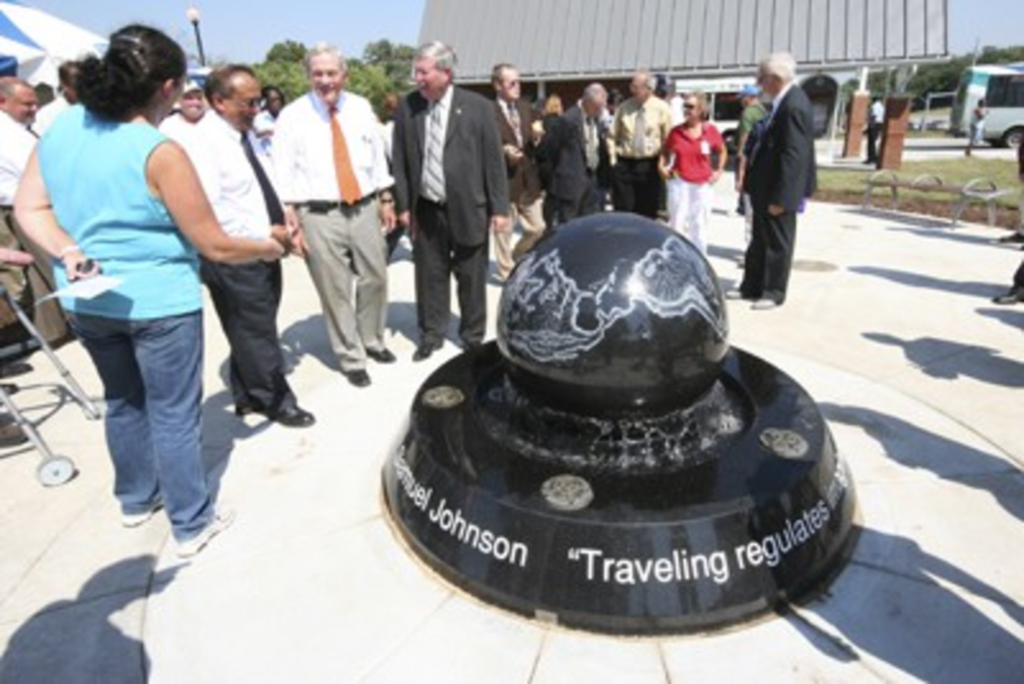 As she waits for a bus, Regina Potter holds tightly to vouchers for baby formula. The 32-year-old gave birth to twins — a girl and a boy — two months ago.

She got the vouchers at the Jackson County Health Department in Independence. The orange bus line will take her home. “This is the way the good Lord helps me,” she says between pulls on a cigarette. “It beats walking in the snow for miles and miles.”

Kit Bond, Missouri’s four-term U.S. senator, worked to make the bus stop something more dignified than a pole ringed by cigarette butts. He was “instrumental,” in the words of his press office, in securing $400,000 in federal funds for the transit plaza, which opened in 2007.

Bond serves on the Senate Appropriations Committee, the equivalent of a stool next to a cash register. From this perch, Bond has captured hundreds of millions of dollars for various projects in Missouri. Accusations that he’s a wasteful spender are usually met with a wink. “Federal pork for Missouri is low in fat and high in jobs,” Bond said in 2001.

A different Kit Bond emerged as the U.S. Congress hammered out the $787 billion stimulus measure that President Obama signed into law last week. Appearing on MSNBC, Bond fretted about the increase in the national debt. Speaking to reporters in St. Louis, Bond said the bill “stimulates the growth of government, but it doesn’t stimulate jobs.”

The wink was now a frown. Mr. Bring Home the Bacon was preaching vegetarianism.

Bond voted against the bill, as did the Republican senators from Kansas, Pat Roberts and Sam Brownback. In outlining his opposition, Roberts read from a children’s book, The Berenstain Bears’ Trouble With Money, on the Senate floor.

Like most Republicans, Roberts complained that the bill didn’t contain more tax cuts. He called the package a “honey pot” for special interests. Addressing the Senate, Roberts mournfully asked if the bill, rather than promoting new economic activity, would simply “spread the money around to many federal programs or members’ requests … in the hope that such spending will solve our economic problems?”

Of course, spreading money around to programs is what the federal government does. Roberts knows this. Just last year, he secured $282,000 to equip the Ford County sheriff against terror risks, $295,320 for wastewater treatment in Prescott and $500,000 for a child-care facility in Manhattan.

And those “members’ requests”? Roberts defended earmarks in 2007, noting all the good they did for Kansas. In a press release, Roberts mentioned TLC for Children and Families, an Olathe group serving kids in crisis that was the recipient of a $198,000 earmark in 2005.

Brownback called the stimulus a “speculative bet.” He also criticized the speed at which the bill moved through Congress.

It’s big, and it happened fast, all right. But when you look inside the stimulus bill, you see spending that Brownback has warmly embraced on other occasions.

The package includes, for instance, $4.2 billion for making military facilities more energy-efficient. Brownback loves spending money on military bases. Last year, he obtained earmarks of $1.9 million for a facility to train dogs at Fort Riley, $800,000 for Arabic-language lessons, and $500,000 for a program at Fort Leavenworth called (this almost sounds made up) Leadership for Leaders.

In the past, Brownback has been pleased to announce federal grants for veterans’ cemeteries. The stimulus package provides $1.2 billion for building and repairing veterans’ hospitals and cemeteries.

The suddenly austere Brownback says the stimulus bill “is an attempt to use debt and leverage to spend our way into prosperity.” A national debt clock ($10.8 trillion and counting) runs on the front page of his Web site.

But let’s see. Brownback took office in 1997, when the debt was $5.3 trillion. Once in Washington, he voted for deficit-financed tax cuts and the invasion of Iraq. His clock, it seems, merits an asterisk — something along the lines of “Half of this is my bad.”

The stimulus has illuminated the contradictions inherent in being a congressional Republican. Lawmakers like to be seen doing things for their constituents. But the modern GOP bases its identity on the idea that government screws up everything.

Bond’s contortions have been especially laughable.

Taxpayer groups have called Bond one of the leading porkers in Congress. Last year, Citizens Against Government Waste found 35 transportation and urban-development projects that Bond had earmarked. Total cost: $33 million.

Among other things, Bond likes to find money for transit efforts in Missouri. “Public transportation helps the environment by keeping more cars off the road while also fighting traffic,” he said in 2002, upon capturing $2 million to help St. Joseph purchase new buses. “It also provides important transportation for people of modest means who may not have a car.”

Yet during the stimulus debate, Bond proposed amendments that would have effectively taken money away from rail projects and given them to highway construction. Leaving aside all sense entirely, Bond said that $5.5 billion in competitive grants to state and local governments for transportation initiatives was “not stimulative.”

At about the time that Bond proposed his amendments, The New York Times printed a story describing the budget woes of St. Louis’ transit system.

Bond’s performance in the last few weeks is a reminder of how intellectually sclerotic politicians can become after years of adulation and of hearing themselves talk. In his Hardball appearance, Bond said there were so many good targets in the stimulus bill that he felt “like a mosquito in a nudist colony.”

Yes, in a time of peril, this apparently is what passes for leadership: a man who snagged a $700,000 earmark for studying the Asian equities market at the University of Missouri-Kansas City telling corny jokes about wasteful spending.

Now that the debate is over and their lack of solutions is evident, Bond and other Republicans are picking out the pieces they like from the stimulus bill. Last week, Bond was touting his efforts to make motorcycles eligible for the sales-tax write-off that the stimulus package allows for cars and light trucks. The fact that there’s a Harley-Davidson factory in Kansas City surely overrode Bond’s stated concerns about the national debt.

If this is his peak, it’s scary to think what his decline would have looked like.