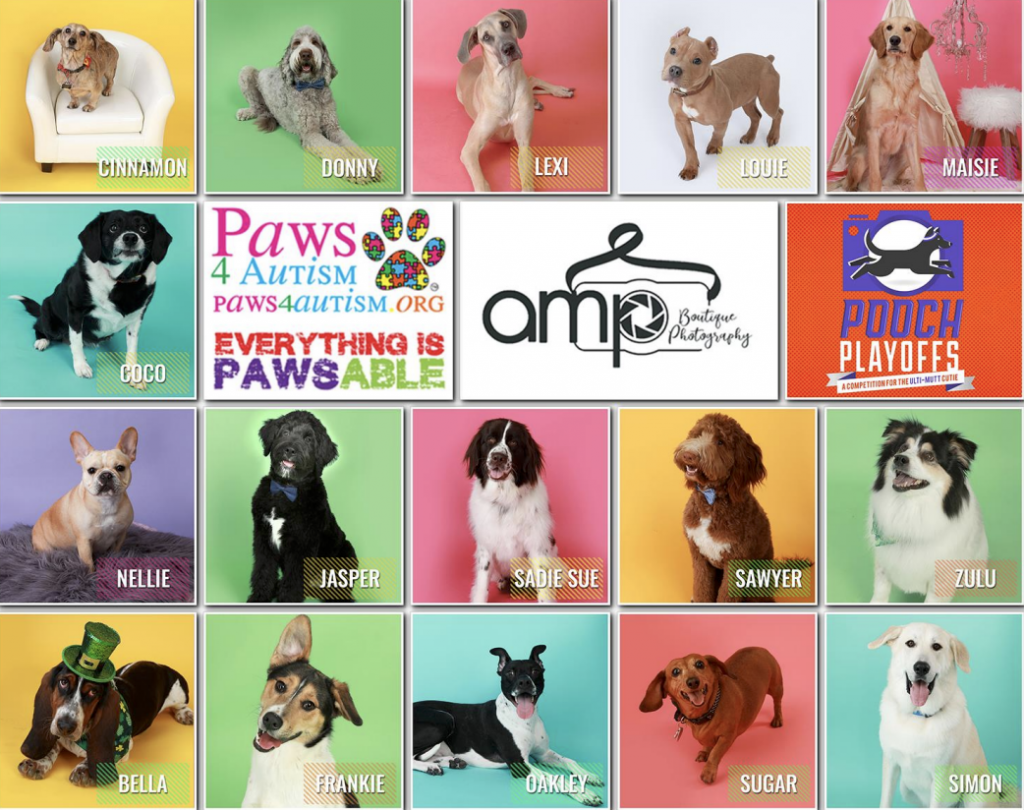 Lee’s Summit photographer, Debra Lawerence, has a big heart for animals and people, too. This is evident in her work and bubbly, can-do attitude. So, recently in light of the pandemic and the toll it has taken on non-profits, she decided to take action.

Lawerence, who owns Abundant Moments Photography, was joined by a group of photographers nationwide to create and take part in the Pooch Playoffs, where photographers donate their time to take photos of customers’ dogs and the proceeds are donated to a charity of their choice. 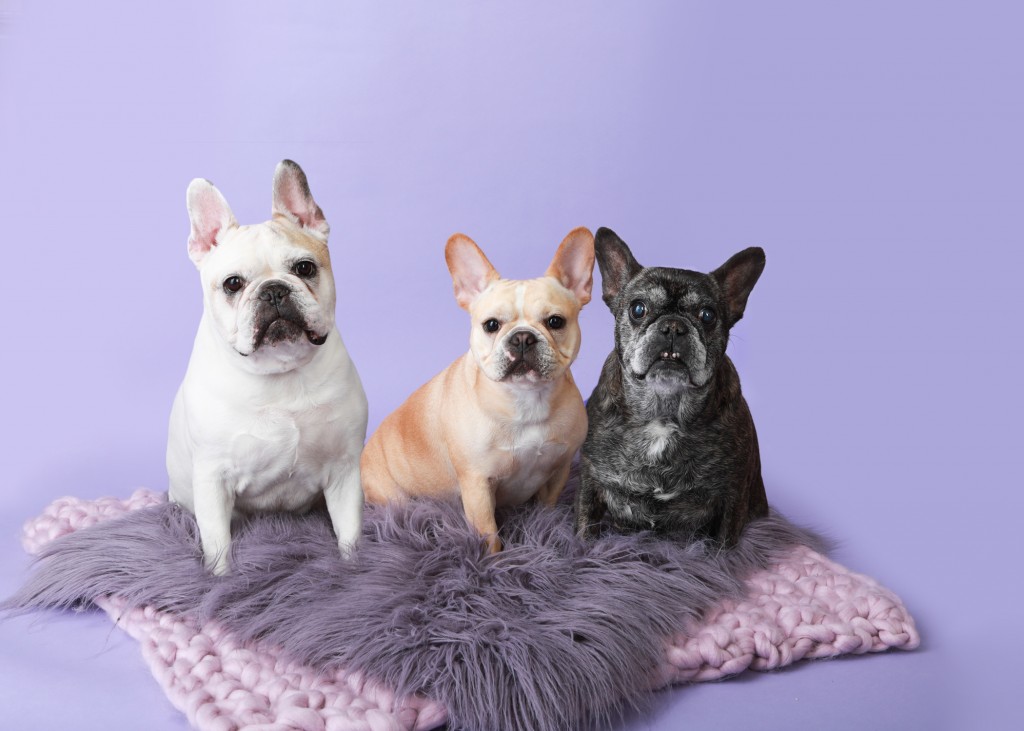 Some of the contestants. // Photo by Abundant Moments Photography

As a parody to March Madness, the Pooch Playoffs take a similar bracket-style voting. Participating customers’ dogs compete against each other,

Lawerence and other photographers from the group created graphics and promotional materials to hand out to local businesses to get support. Next, Lawerence decided on a charity. She decided on Paws 4 Autism, a local organization that trains therapy dogs for people with autism and PTSD.

“I am actually autistic, and so is one of my kids. I’ve always had a heart for that and I love animals, so I was like, ‘Seems like a good fit’,” says Lawerence. “I kind of wanted to stay local as possible, although we had people from, you know, all around Kansas City that were like, ‘Well, we want to help you’.”

After deciding on the recipient of her fundraiser, Lawerence set out to local businesses to display her posters and handouts to advertise her dog photoshoots. Though she had planned for the majority of her funding to come from photoshoot customers, she received a surprising amount of support from the 12 local businesses. 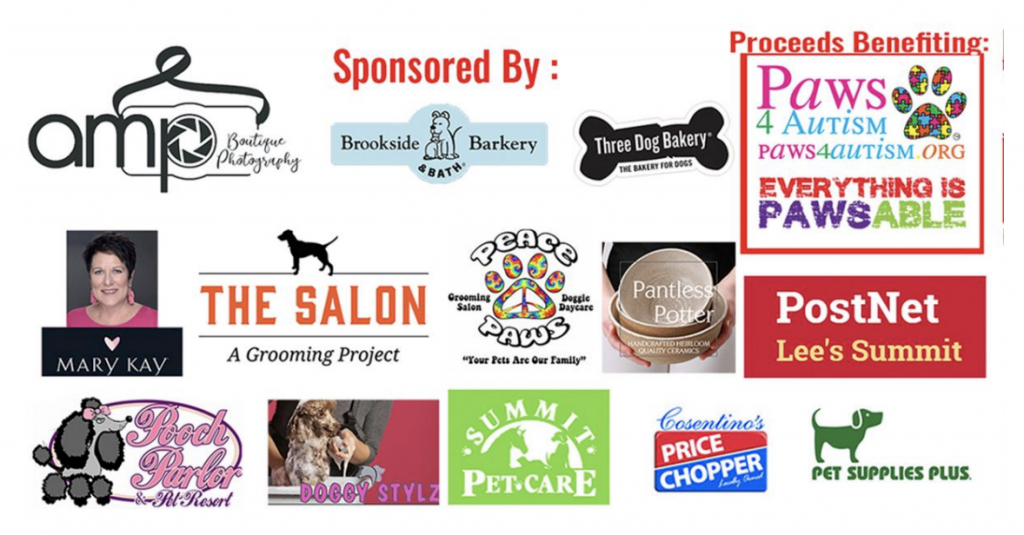 Lawerence capped the photo sessions at 16, and charged $99 per session, raising a total of $16,000 for Paws 4 Autism which will sponsor training for 16 therapy dogs. The dogs who participated were sent home with a “sWag” bag, and their families received a metal photo gifts. Then, the 16 dogs were entered into the Pooch Playoffs. 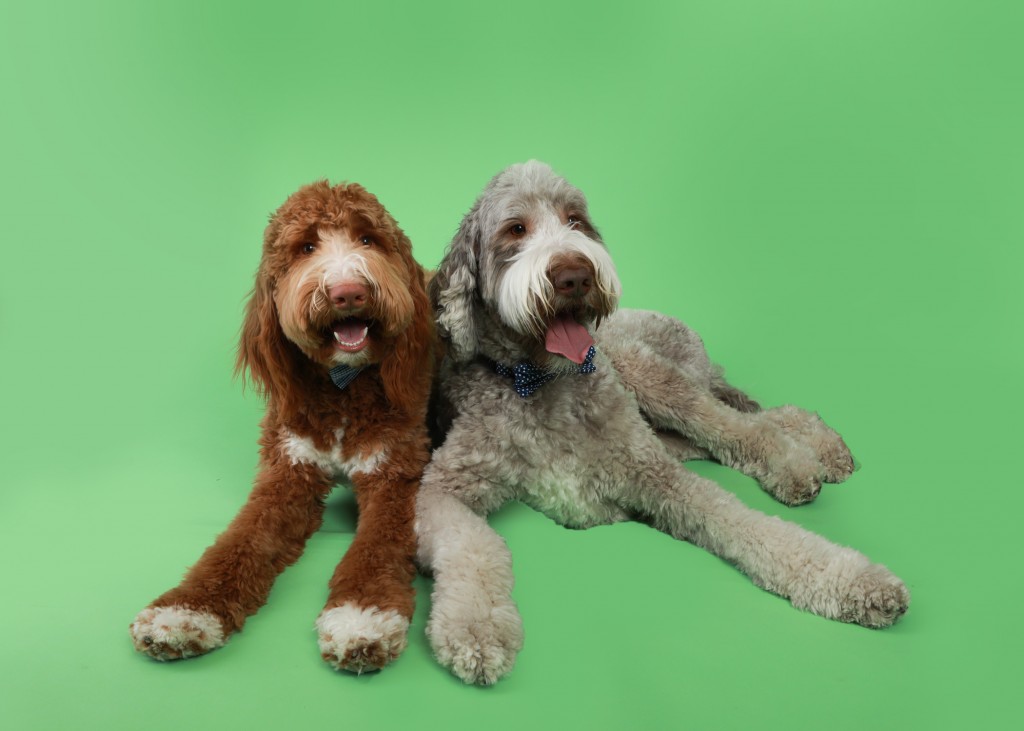 The winner of the Abundant Moments Pooch Playoff will be announced at midnight tonight. Take a look at the pups competing or vote here.

Lawerence says that due to the incredible turnout this year, she plans to host the fundraiser again next year and will likely double the amount of dog photoshoots.