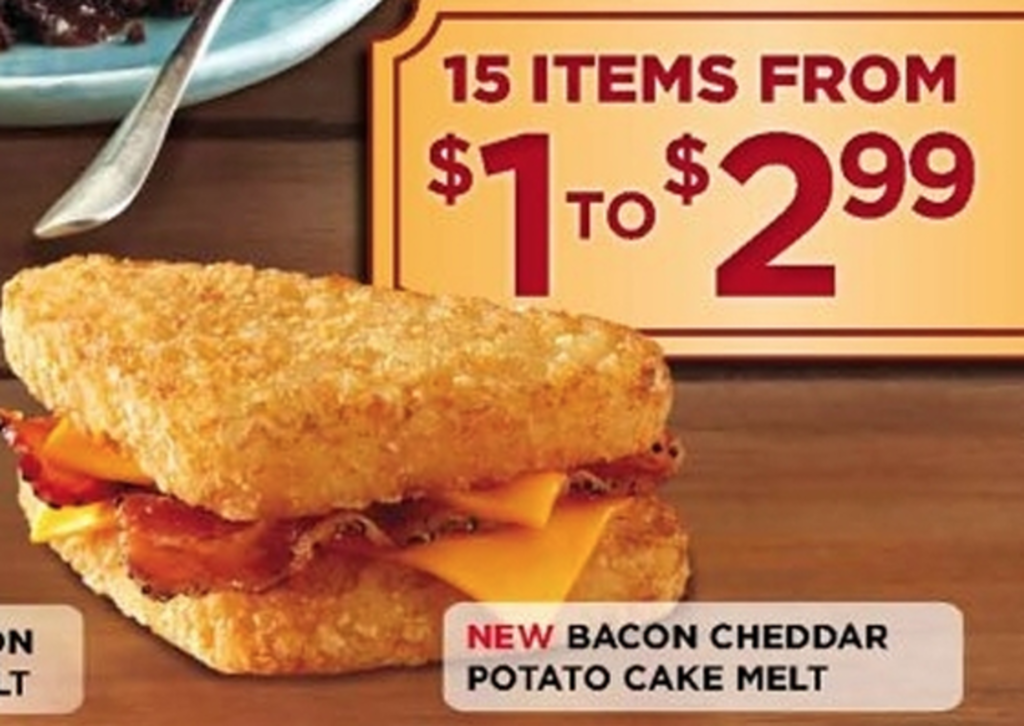 Bread is delicious. A perfect slice needs nothing else. No butter. No condiments. No meat. But fast-food joints are not blessed with perfect bread. They are inundated with chewy, listless rolls. Sweet, sugar-enriched white bread that doesn’t so much hold the meat in as stick to it with dogged indifference. Nobody goes to McDonald’s for the sesame-seed bun.

Which is why fast-food executives can’t stop trying to get rid of the bread and simply replace it with more fat or salt. First, McDonald’s cranked out pancake breakfast sandwiches with McGriddles. Then, KFC decided to use fried chicken for its bacon-cheese monstrosity, affectionately called the Double Down. Now, Arby’s is set to break the Internet with the Bacon Cheddar Potato Cake Melt. We can save time by simply calling it a hash-brown sandwich from here on out. The hash-brown sandwich puts two halves of American cheese and pepper bacon (that sounds familiar) between a pair of hash-brown triangles. And that, America, is breakfast. For now, it’s just a test item in Evansville, Indiana. But if given the opportunity, would you buy this sandwich?