How long has it been since the Society for Contemporary Photography closed up shop in Kansas City? The new gallery Snapshot Gallery might help fill that too-long void.

Paul Churchill opens the space (1724 Main) Thursday, April 2, with a 5:30–8 p.m. reception. Churchill, a chief preparator for the Nelson-Atkins Museum of Art for 13 years, aims to bring a variety of international photographers to Kansas City, as well as dedicate shows to local and regional photographers. The inaugural show, Below the Surface, features the work of London-based Spencer Murphy, whose childhood in the lonely Kentish countryside informs his work about isolation. Look forward to lots of portraits from this artist, whose images have been featured in Rolling Stone, The Guardian and Time magazine and include award-winning depictions of jockeys. The gallery is also open from 10 a.m. to 8 p.m. on First Friday.

Thesis exhibitions continue from seniors due to graduate from the Kansas City Art Institute, with the on-campus show and sales April 17. The Stillness of a Former Hour, by Ben Davis, Daiana Oneto and Peyton Pitts, is now up at the KCAI: Undergrads Underground gallery, inside the Leedy-Voulkos Art Center (2012 Baltimore). The three artists’ works share an interest in the human form and its movement through space and history. Oneto’s work in particular is informed by the effects of Argentina’s Dirty War (1976–83).

A different trio of artists comes together under the title Pom Pom, at Front/Space (217 West 18th Street). Annabell Penelope Lee is a painter, Jennifer Wilkinson a ceramist, and Lauren Ventura a fiber artist. First Friday hours are from 6 to 9 p.m.; the gallery and its shop also open from noon to 4 p.m. April 4, 11 and 18.

Kultured Chameleon is gone from the Crossroads, but the graffiti wall nearby, “Art Alley” (18th Street and Locust), remains active for First Friday. And inside Plenum Space (504 East 18th Street) from 6 to 10 p.m. Friday is a reception for Taking Flight, with Rif Raf Giraffe, who incorporates character elements of his graffiti work with the slickness of oil painting, “without the controlled chaos that takes place in the collage and on the walls of the Art Alley mural,” the artist’s statement reads.

A paper-works show curated by Mark Stevenson is also at the gallery, in conjunction with the Fine Prints & Paper Expo at the Nelson-Atkins April 17–18. Directions in Paper includes art by Jenny Frederick, Quinn Kavanaugh, Adrianna Luna, Art McSweeney and Catherine Vesce. 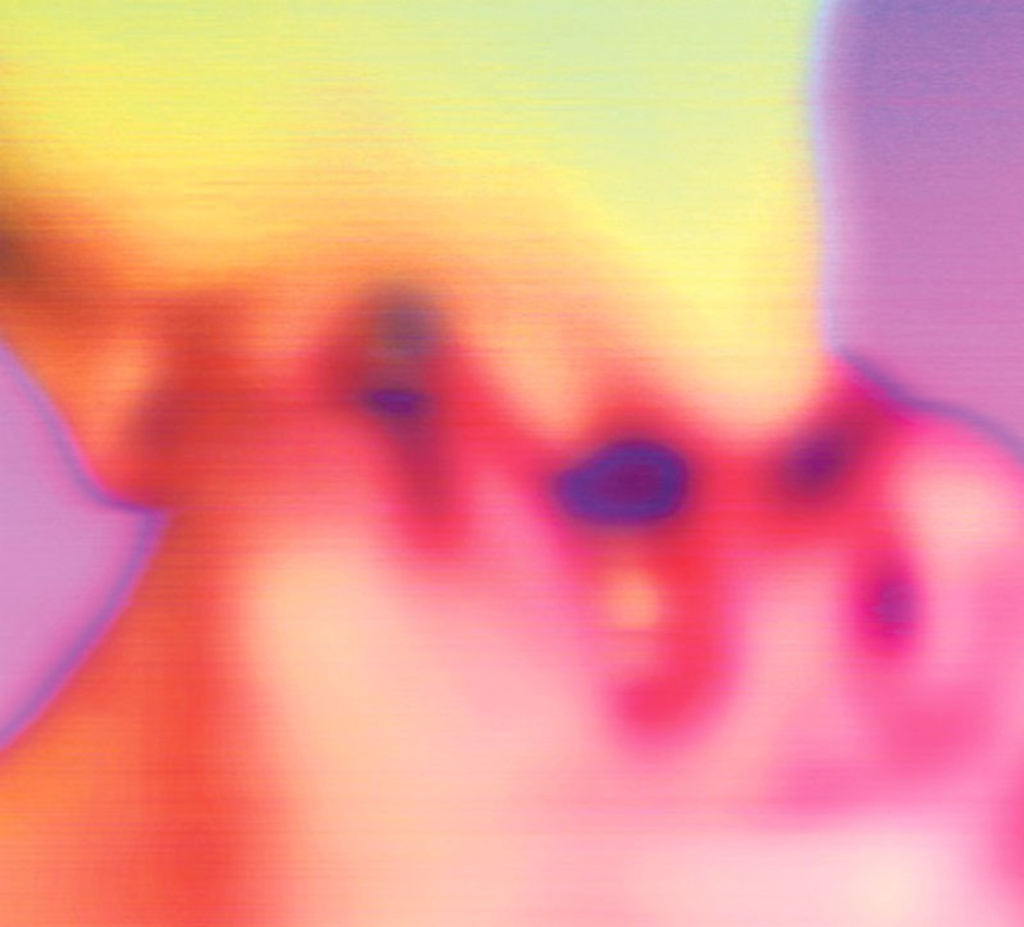 Jim Sajovic continues to expand his “pash’n” theme at Todd Weiner Gallery (115 West 18th Street). Join him there for a 5–10 p.m. reception for Besame, chromatic depictions of kissing faces melting together via lips and hands.

R. Scott Anderson’s photos pair digital works with projections of them onto the human form. A reception for Paired Projections is at Main Street Gallery KC (1610 Main) from 6 to 9 p.m. Friday. The gallery, curated by Jody Wilkins of the former Pi Gallery, is above Anton’s Taproom (open 11 a.m.–11 p.m. daily).

The Late Show Gallery (1600 Cherry) offers recent works by Mauricio Zuniga, in a show called Tiles, and by Brantley Sheffield, whose show is titled Brick and Mortar. Sheffield creates small-scale, highly textured paintings of architectural structures, including local abandoned schools and the entrance to the Colosseum in Rome. Open 6–10 p.m. Friday. 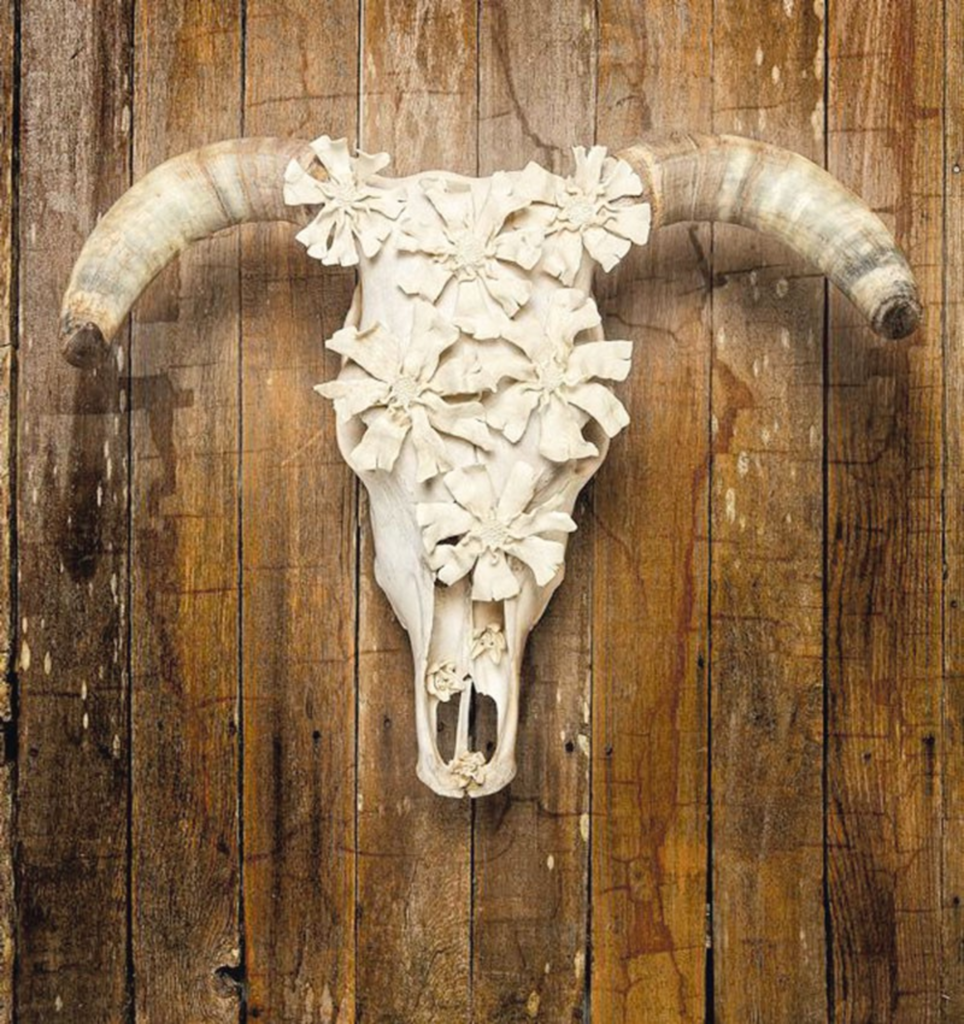 Swerving a bit from its name, Fraction Print Studio (130 West 18th Street) presents art by Alessandra Dzuba, Don Kauss and Marcy Lally. Unnatural Selections ties natural specimens into assemblages that figure as newly purposed forms intended to remind us of the commonality of what is around us — feathers, bones, foliage — and to keep us grounded in our shared mortality. Open 6–9 p.m. Friday.

Lisa Lala’s work is iconic and well—recognized: You know those palette-knife paintings of birds on a wire or a Ferris wheel. Blue Gallery (118 Southwest Boulevard) has represented her for years and is marking her midcareer with a solo exhibition titled Seeker. Lala has re-examined her studio practice to address what her paintings mean to her — and to us. She revisits the bird series and presents new themes as well, including self-portraiture, cherry blossoms and glasses of water. Thursday, she gives a talk during a reception that starts at 6 p.m.; Blue is also open 6–9 p.m. Friday.