Appreciating the red danse macabre of Suspiria on its 45th anniversary 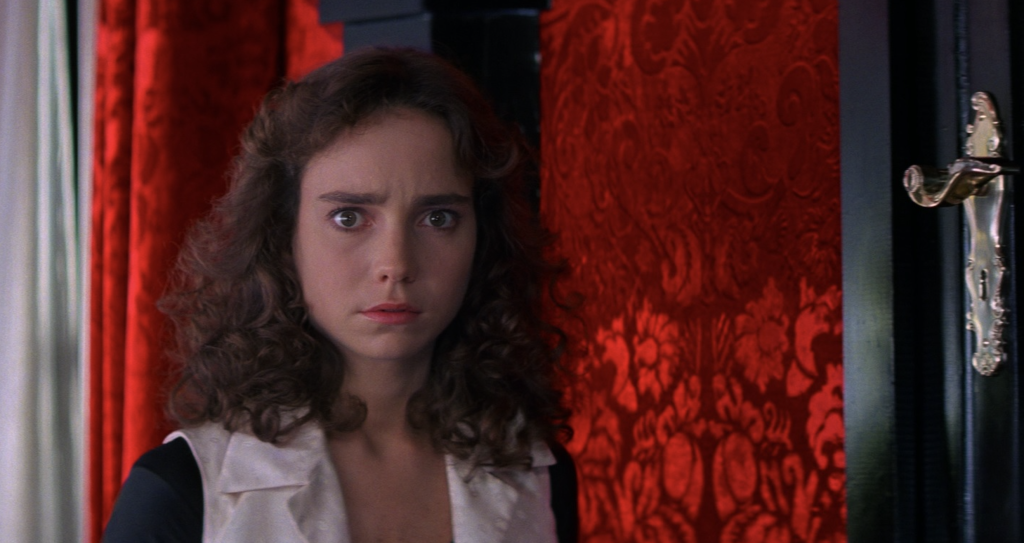 That’s certainly the case for Dario Argento’s 1977 breakthrough film Suspiria, which featured a pair of taglines that missed why the movie is so enthrallingly eerie.

International Classics released posters that declared, “The only thing more terrifying than the last 12 minutes of this film are the first 92.” While the film is ideal nightmare fuel, the math in this statement is off. Argento’s full cut is 98 minutes, not 104.

Ironically, much of the reason Suspiria is unforgettable is that the biggest chills and most gruesome moments of Grand Guignol happen in brightly lit interiors or in wide, open spaces. Throughout the movie, moments of darkness almost offer viewers a break from gore and from a persistent sense of danger.

When the lights go down, Argento almost lets the audience forget the horror is omnipresent in a German dance academy. As the narrator, who thankfully disappears during the opening, tells us, American ballerina Suzy Bannion (Jessica Harper, The Phantom of the Paradise, Shock Treatment) is attending the school to refine her technique.

She quickly learns more than how to nail a pirouette.

Some of her classmates are either disappearing or meeting with gruesome, bizarre deaths. One wonders how the school manages to keep nearly full enrollment when so many of its pupils end up like Victoria Page in The Red Shoes.

Speaking of the 1948 classic, cinematographer Luciano Tovoli (Michelangelo Antonioni’s The Passenger) had the footage he shot in conventional Eastman film stock processed in a soon-to-be mothballed Technicolor printer. As a result, Suspiria has the same sort of vibrant hues that films like Gone with the Wind and The Red Shoes had. Argento wanted his movie to have the same sort of color palette that Walt Disney had with Snow White and the Seven Dwarfs. The greens and reds don’t look quite real, making the atmosphere even more uneasy.

Because some of the dialogue from Argento and Daria Nicolodi’s script sounds a little clunky in English, it’s tempting to dismiss Suspiria as creepy eye candy. In truth, Sigmund Freud and his successors could watch the film for days and find enough neuroses for ten slasher flicks.

Production designer Giuseppe Bassan designs walls that face each other in ways they would never do in real life. Notice how the academy is located on Escherstrasse (after perspective-skewering artist M.C. Escher). Seemingly solid windows and walls offer no protection from demonic forces. The screenwriters were loosely inspired by Thomas De Quincey’s, Suspiria de Profundus (or Sighs from the Depths) which was a follow-up to Confessions of an English Opium-Eater. That might explain the trippy nature of the film.

With such a wealth of visual menace, Argento and Nicolidi (his girlfriend at the time) didn’t need to come up with sparkling dialogue. If you film a long conversation with almost nothing but exposition, have the actors speak in front of the BMW headquarters. The modernist design (with towers designed to resemble pistons) already looks otherworldly.

It also doesn’t hurt that Argento’s casting instincts were almost guided by something supernatural. Harper has the rare gift of being able to be convincingly innocent but not dumb. Her large, expressive eyes also give Suzy a steely resolve. Think of her as a “final girl” before the term was even coined.

After nearly 45 years, it’s probably not a spoiler to reveal that the academy is actually a front for a coven. Argento chose Alida Valli (The Third Man, The Spider’s Stratagem) and Joan Bennet (Dark Shadows, The Woman in the Window) to lead the unholy group. Valli has a “Nurse Ratched on 20 Red Bulls” vibe about her that makes her intimidating. Bennet, in her last role, comes off as warmer and more refined.

For some reason, Suzy is still suspicious, and so are we. 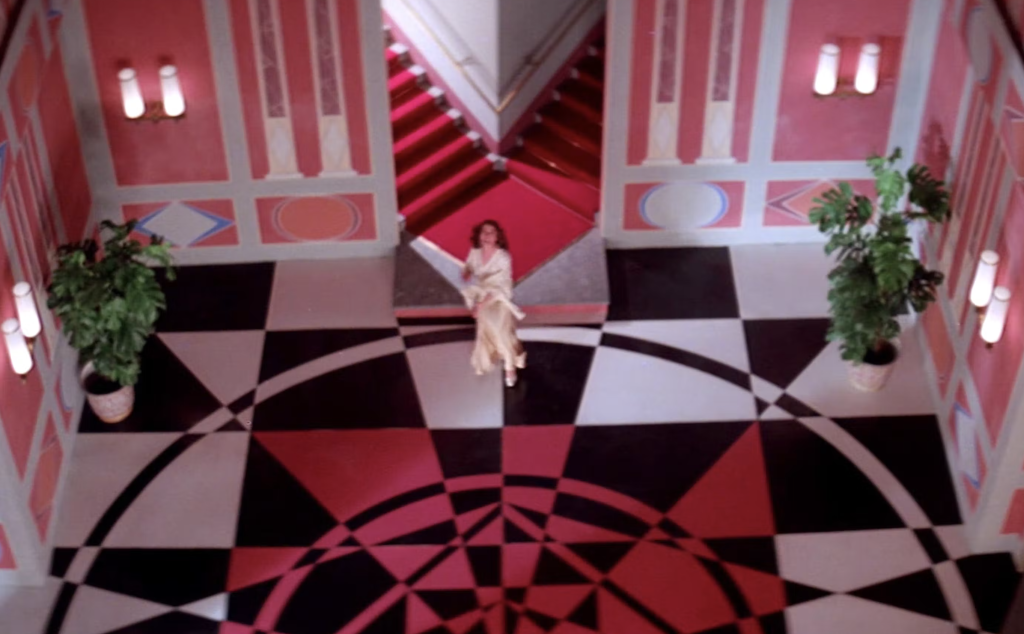 Argento also had the gall to cast the eternally creepy Udo Kier as a good guy in Suspiria. This fellow has more range than he gets credit for. In Blade, I totally believed him when he bellowed with pride, “I vas born a vampire!” It takes no effort to believe he’s a caring psychiatrist here.

The soundtrack is loaded with a dense, aural landscape that exudes dread even when the images are staid, which isn’t often. The band Goblin’s score ranges from chimes set to an unsettling lullaby to unearthly screeches.

If the slogans that International Classics offered to sell Suspiria to English-speaking audiences sound a bit tone deaf, it’s worth noting that the company was a hastily created subsidiary for Twentieth Century Fox. One almost wonders if executives at Fox wanted to shelve Suspiria the way Warner Bros. buried Batgirl. Thank goodness they didn’t.