Naughty boys and girls can reserve seats at 9th and State through New Year’s Eve. 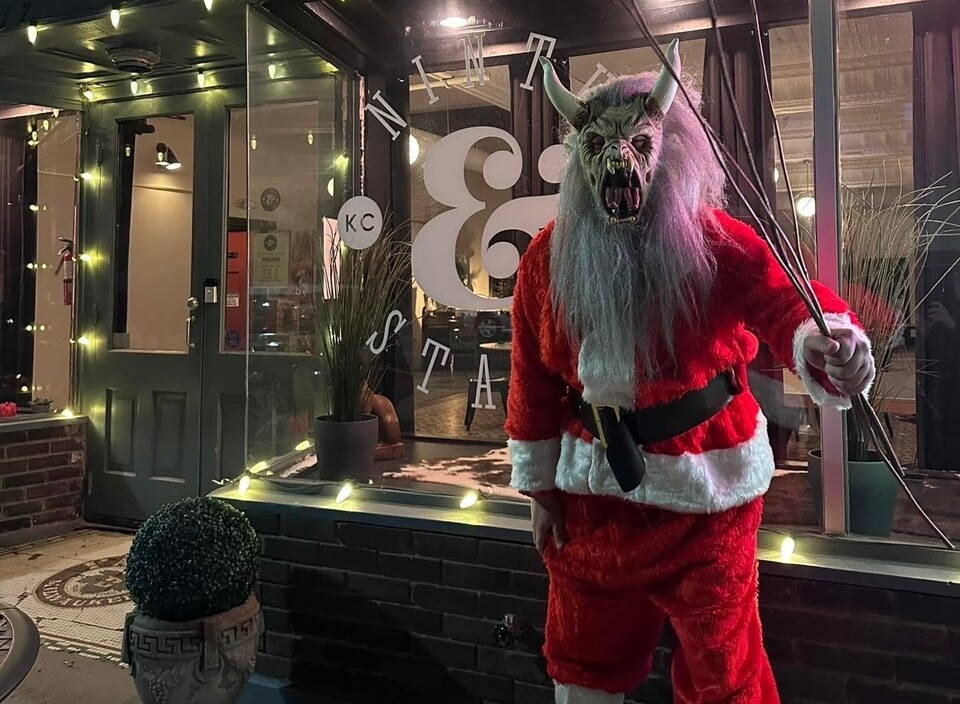 Uninitiated in the historical significance of the lore surrounding the building at 9th and State (1717 W 9th St), I made my way past a ballroom straight out of the time of the Pendergast’s and plodded down a set of creepy wooden stairs to visit Apparition’s Krampus pop-up bar for a lovely evening out with my fellow sinners. 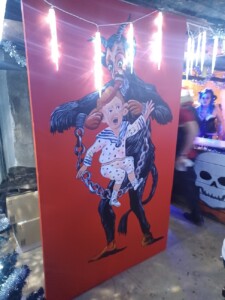 Open through New Year’s Eve and described by Apparition owner Ed Schmalz as “a weird German fever dream,” the Krampus popup is helmed by cocktailsmith and co-owner of the 9th & State building, Sean Smith, in the space that previously hosted the Rocky Horror pop up bar in the fall.

A man dressed in a Krampus costume… er, I mean, the Krampus itself… led us through a curtain towards our lantern-lit table—which we soon discovered had a whip attached underneath. Sinister animatronic dolls beckoned out to guests from gaps in the walls next to the bar that I was told were once literally glory holes. On the far wall, a projector plays grainy footage from what appears to be a Krampus cosplay parade.

The place was just hot enough to lend the atmosphere another notch of unease, which only added to the vibes and prompted us to order our first round quickly before the Krampus could come back and drag us off to hell in a sack or else excitedly lash us with his assortment of whips and chains.

My guest, who has a pug IRL, really had no other option than to start with the “Krampug”—a vodka mixture seeded with coffee liqueur, cold brew espresso, and some spiced syrup. I went with the “Gruss Vom Krampus” (Greetings From Krampus), a Jamaican and dark rum-based concoction with blackberry liqueur, St. Elizabeth Allspice, and a hint of vanilla and lime that I particularly enjoyed. 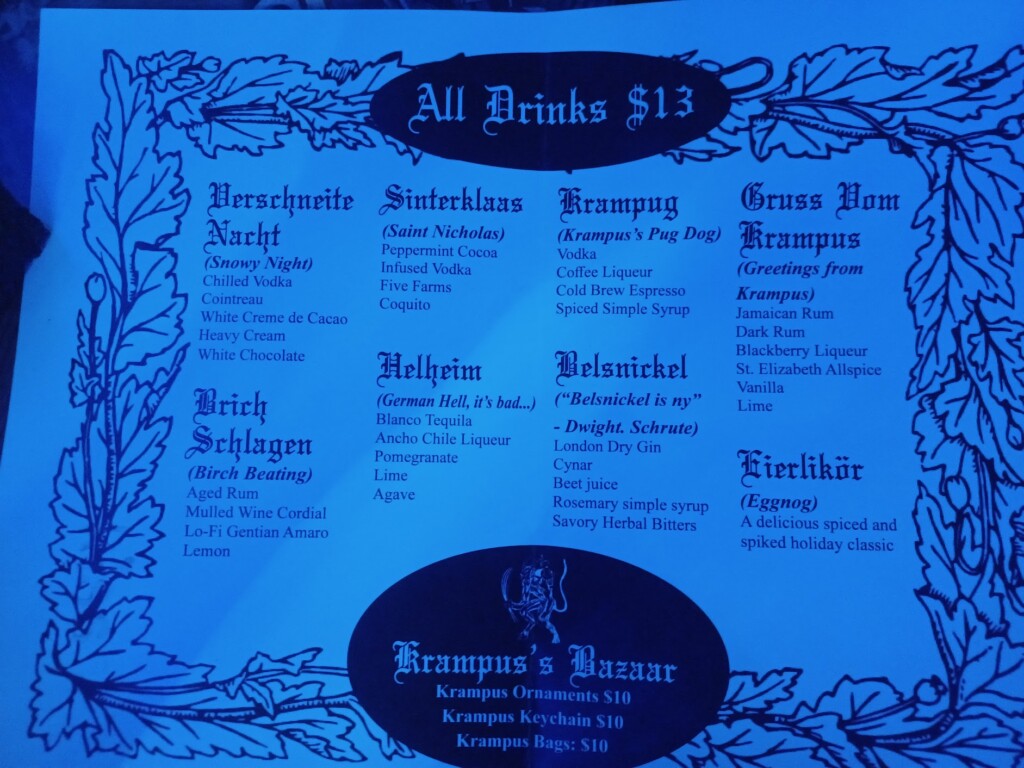 Tipsy and somehow even naughtier than we were when we arrived, we followed that first round with the “Sinterklaas,” a peppermint cocoa-infused vodka surprise. It provided a worthy counter to the “Brich Schlagen” (Birch Beating), another rum-based drink with mulled wine cordial, Lo-Fi Gentian Amaro, and garnished with lemon.

Those who wish to continue to creamy drink vibes may also opt for the “Verschneite Nacht” (Snowy Night), made with chilled vodka, Cointreau, white creme de cacao, heavy cream, and white chocolate. Tequila fans can go for the “Helheim,” which features Blanco Tequila and Ancho Chile Liqueur accented with pomegranate, lime, and agave.

Likewise, as I sipped that beautiful milky-spiced German ‘nog, I also began to suppress the horrors I had witnessed that night willfully. The Krampus seemed distracted for the moment, and after paying our bill, we scurried past the coal-filled fireplace and up the dungeon stairs, avoiding the clutches of the demons at our heels until we hit the final step. 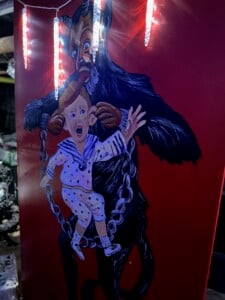 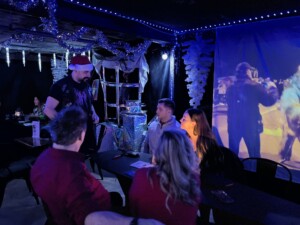 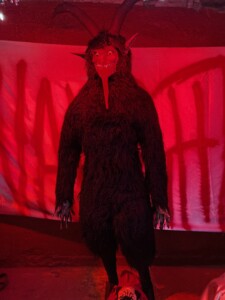 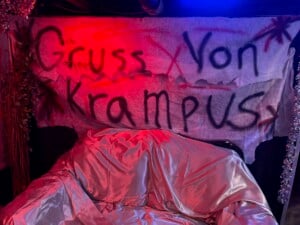 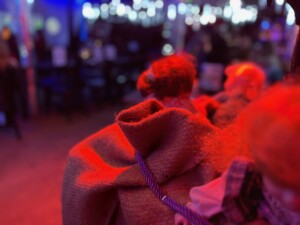 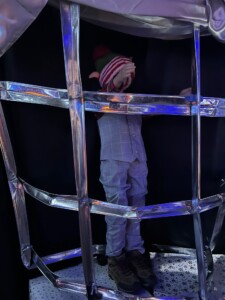 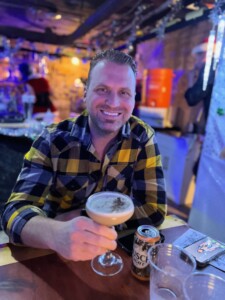 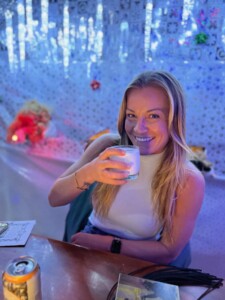 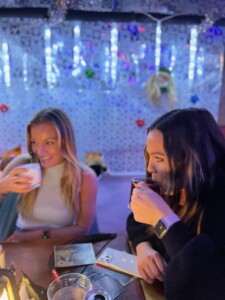 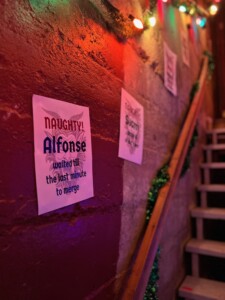 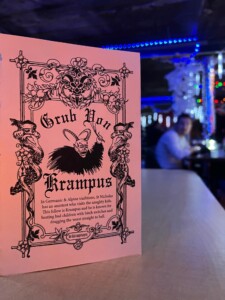 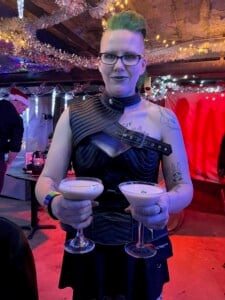 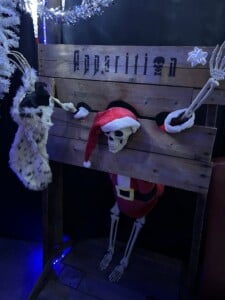 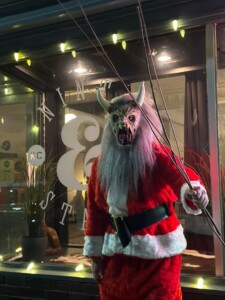 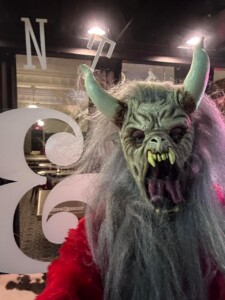 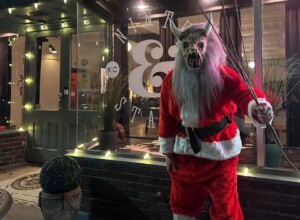