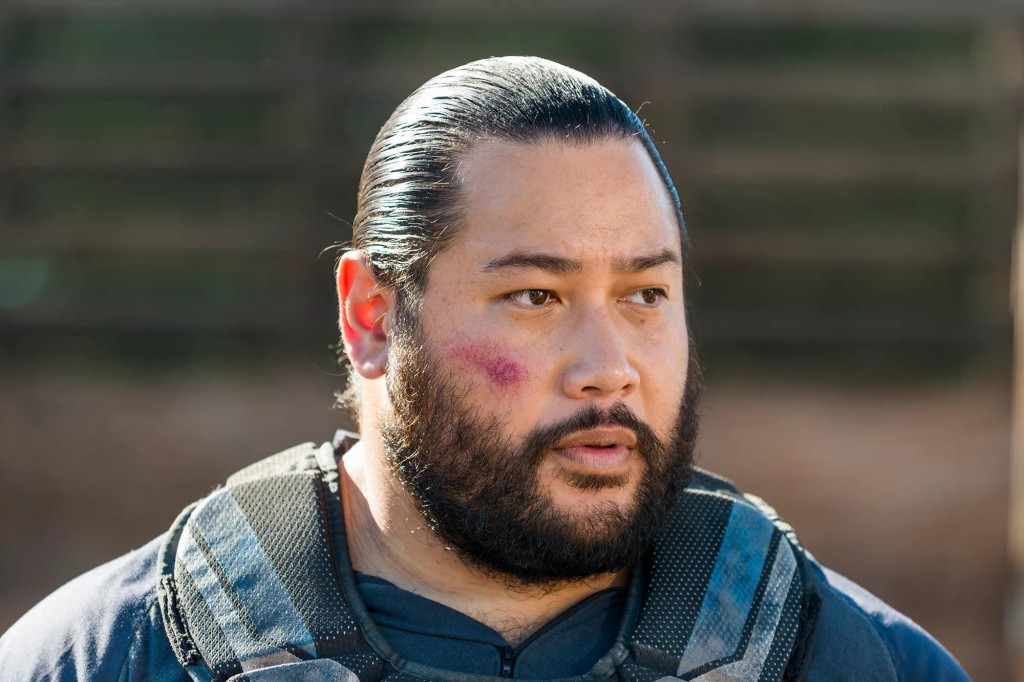 When Cooper Andrews joined the cast of The Walking Dead, he was worried about how fans would perceive him. “I just didn’t want people to think I was a butthead,” he mentions on AMC’s sister show, Talking Dead. “That was my fear. I was such a fan of the show.”

Andrews’ character Jerry gives the dystopian series its only real hint of comedic relief, and fans have eaten up his evolving steward-bodyguard-dad character arc.

Now the affable Andrews finds himself involved with yet another end-of-the-world cinematic offering, The Last Butterflies, a short film being shot in Kansas City as we speak.

We caught up with the brick-house-mighty-mighty Andrews after a recent talk with students at Avila University to find out the scoop on his Dead street cred and beyond.

The Pitch: What is it with you taking roles in apocalyptic thrillers? Is it your jam? Your destiny?

Cooper Andrews: I am a big fan of anything post-apocalyptic, but I’m also a fan of trying to show you can always have hope in any of these kinds of worlds. Not everything has to go dark despite the world going dark.

I’m a generally cheery person, but I like preparing for a role where I’m light within the dark. I always smile through things, and I like showing that.

Tell us a little bit about The Last Butterflies. What’s your role?

I am playing the father and husband of a family. It’s a movie about how all our resources are going bad—our water, our food—everything is dying off. I’m playing a scientist who has a chance to be saved and go into a protective system with other scientists. But that means leaving my family behind. And my character chooses to bring hope to his family and the people around him. That’s the goal.

The movie starts at the beginning of it all and goes to the depths of the last of us standing. To me, the short film is a glimpse of what could happen. It’s a story that doesn’t have to be an hour and a half of dreariness. It touches on when people don’t take care of this world, each other, and the earth. 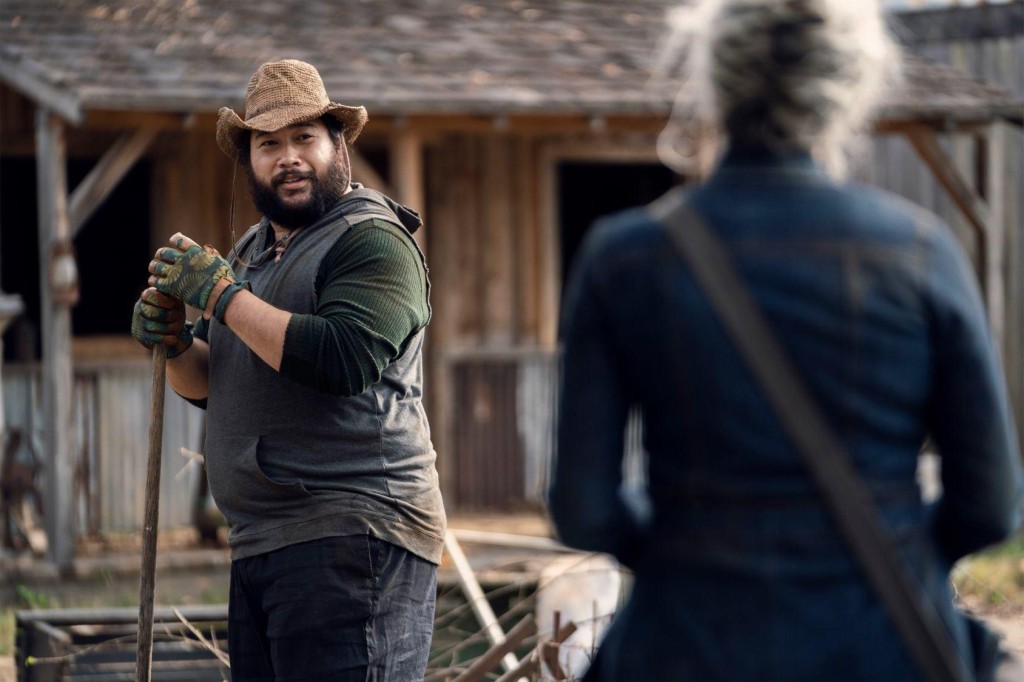 Do you have a favorite end-of-the-world movie?

I’m on a zombie kick. Maybe I’m just getting it out of my system. So, I’ll say Train to Busan. I liked that because I just got to spend some time in Korea—and they really depicted that whole scenario in a way I thought was really convincing.

What’s it like shooting here in KC? Are you digging our town?

It’s beautiful here. It’s my first time here. I just tried a tri-tip brisket, and then they brought me more.

It’s rare when you can just take a camera and aim in any direction and have a shot. Everything is so picturesque here, and everyone has been so friendly. I’ve enjoyed working here.

What’s on your upcoming wish list for being cast? Maybe a lighthearted comedy?

Yes. I have a stunt and martial arts background, and we’ve wanted to do some comedic action thrillers. I love taking a genre and bending it a little bit. I enjoy working with friends and having a light touch on everything. We’re going to jump into some action stuff and start working with stunt choreographers.

Jumping, getting pulled, slamming into walls.

Maybe you could do a romantic zombie comedy. Dare we say, a RomZomCom?

[laughs] That should be a genre. I think we’re, like, three films away from that becoming a genre.

You’ve done a lot of things behind-the-scenes, including directing. Is it tough not to be a backseat driver when you’re in front of the camera?

Yeah! It was tougher for me in the beginning—from the crewmember side. I was a boom operator and worked in the sound department and a few other departments. Every time I think I can help, I stop focusing on my actual directions.

Yes! So, then I realized as an actor, my job is not to mess up your take and know your lines so people don’t have to wait on you any longer. That’s the best I can do for my crew.

You have a recurring role in the upcoming Shazam: Fury of the Gods. That could be considered potentially apocalyptic in a weird way, yes?

That’s a safe analogy. There’s definitely a bleeding of deities, it feels like. We’ll definitely have more of that family element. And it’s funny—Zach Levi is killing it. Everyone really got in touch with their character on this one, and we got some really good stuff. I’m excited to watch it. It comes out a week after my birthday. 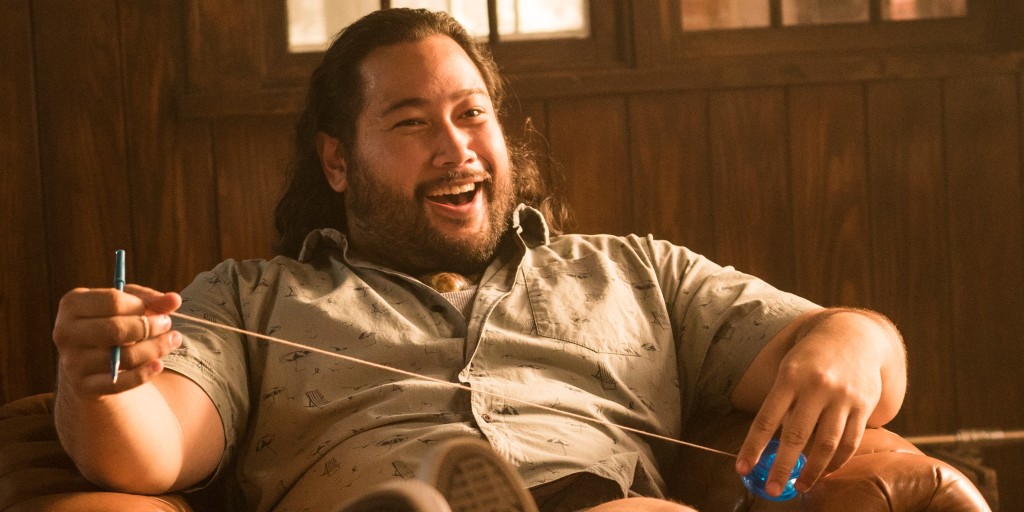 Any big plans for Thanksgiving?

I’m going back to Raleigh and spending it with my uncle and aunt, who both have cancer. They are two people I can credit for all my film stuff. My aunt hates action movies, but she’ll watch them for me. My uncle was an audiophile and is always messing with new microphones. It’s going to be special.

Plus, I make a crazy spread, dude. Big mac-n-cheese. Gallons of mashed potatoes. But my gift this year for everybody? One they can’t resist? I make extra pie crusts, and I fill ‘em with all my leftovers. It’s so good. You can have a veggie one or a turkey one with all the gravy; nothing gets left out.

The Walking Dead fans are some of the craziest, sweetest, and most devoted people you’ll ever meet. Our fans—you could knock on their door and say you’re a fan—they’ll just let you in to sleep there. It’s a fandom of a lot of friends. At the conventions, groups of people will tell me they’ve met from being fans of the show. And every few months, they’ll get together.

The Walking Dead “family” is a thing we say, and new actors think we’re joking, but we truly all care about each other. Our fans see that and emulate that—or maybe they’re the reason we are so kind. The fans make the show. We’ll go extra hard on everything, and we’ll get hurt because we know how much people love our show and how much we put into it. We make it for them, and they make it for us. It’s a perfect circle of life.

Oh, one last thing—it’s early, but do you have a New Year’s resolution?