Anti-masker arrested after threatening the life of Wichita’s mayor 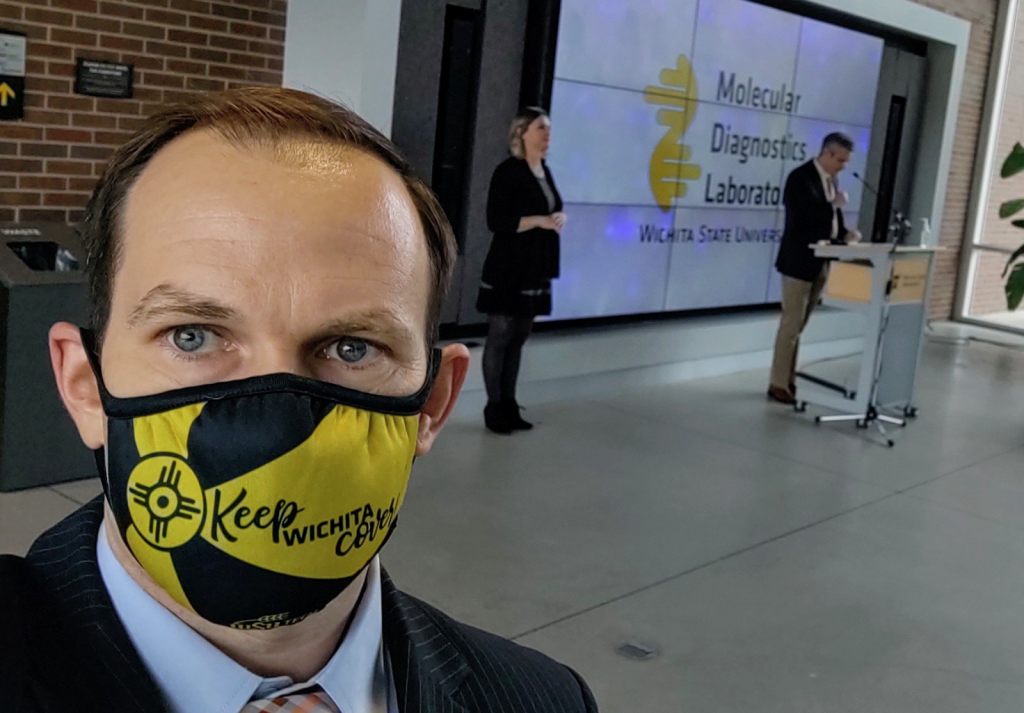 Late last week, Wichita Mayor Brandon Whipple was informed of texts sent by an individual threatening to kidnap and kill him due to anger surrounding the city’s mask-wearing ordinance. The mayor was called by a detective who read him the messages, which gave a graphic description of wanting to cut the mayor’s throat.

As reported by the Wichita Eagle, Mayor Whipple says “It sounded like the person was very upset about pretty much mask mandates and he said something about not being able to see his mother because of COVID restrictions on elderly homes.” Whipple says the suspect’s motive behind their threat seemed to be an opposition to “masks and tyranny.”

The city of Wichita approved an ordinance in July, requiring people to wear a face-covering in public spaces. This ordinance was renewed last month, despite being refuted by 120 people who appeared at a Sept. 8 council meeting. They spoke for seven hours in opposition to the renewed mandate.

Many resistors stood by their belief that the mask mandate violates their constitutional rights and religious beliefs.

Their arguments were not far removed from this viral video of Palm Beach county anti-maskers airing their concerns to the county’s commissioners.

Whipple has been continuously targeted online for his enforcement of mask-wearing, but this particular threat stood out because of the graphic detail of the message. Though the mayor does not have a copy of the texts, Whipple continued in the same Wichita Eagle article, “This wasn’t just some guy popping off on social media. He contacted someone that knows where I live that apparently he thought would give him my address.” Whipple believes this particular threat to be credible and is increasing the security of his home for the safety of him and his family.

Meredith Dowty, 59, was taken into custody at Sedgwick County Jail on Friday evening as the suspect behind the threats. Dowty is a retired Wichita firefighter who the city council honored in 2008 for helping save a police officer who was shot in the line of duty. According to Joe Stumpe, a musician and former Eagle reporter, the suspect is a well-known local performer who covers The Eagles and Matchbox 20, among other modern staples.

Real shame we’ll be missing those shows for the next decade. Real shame.

Wichita police spokesman Charley Davidson confirmed that the department is investigating the threats. No other local officials are believed to have been targeted at this time. The investigation will be presented to the district attorney.

Whipple’s death threat is similar to a recent attempt to kidnap Michigan Gov. Gretchen Whitmer. This plan was organized by individuals associated with a right-wing militia group, Wolverine Watchmen. Whitmer was targeted by at least eight individuals for her support of COVID-19 restrictions. Twenty felony charges have been filed against persons involved in that plot.

The violent pushback from anti-maskers is an issue that has continued to rise across the country as many leaders have failed to set an example for citizens. Less than a month ago, Missouri Governor Mike Parson and his wife, Teresa Parson, tested positive for the virus, having attended many events without a mask. POTUS Donald Trump and First Lady Ivanka Trump tested positive earlier this month.

I will be leaving the great Walter Reed Medical Center today at 6:30 P.M. Feeling really good! Don’t be afraid of Covid. Don’t let it dominate your life. We have developed, under the Trump Administration, some really great drugs & knowledge. I feel better than I did 20 years ago!

As cases rise to an all-time high, Trump stands by his downplaying of the severity of COVID-19. Missouri and Kansas both rank among the 31 states where newly reported cases have continued to increase over the last several weeks. Kansas reported 106 new cases today and Missouri reported 1502 yesterday.

If you need a slightly uplifting ending to this, you should know Whipple is in good spirits about all the national attention.

Oh no, @CBSNews … I love what you do and your news programming is great… But you got my name wrong.

Unless Mayor "Daniel Whipple" is also having a crazy week? 🤔 pic.twitter.com/Hmdd2QWbpZ