This high-concept thriller has looks but no brains 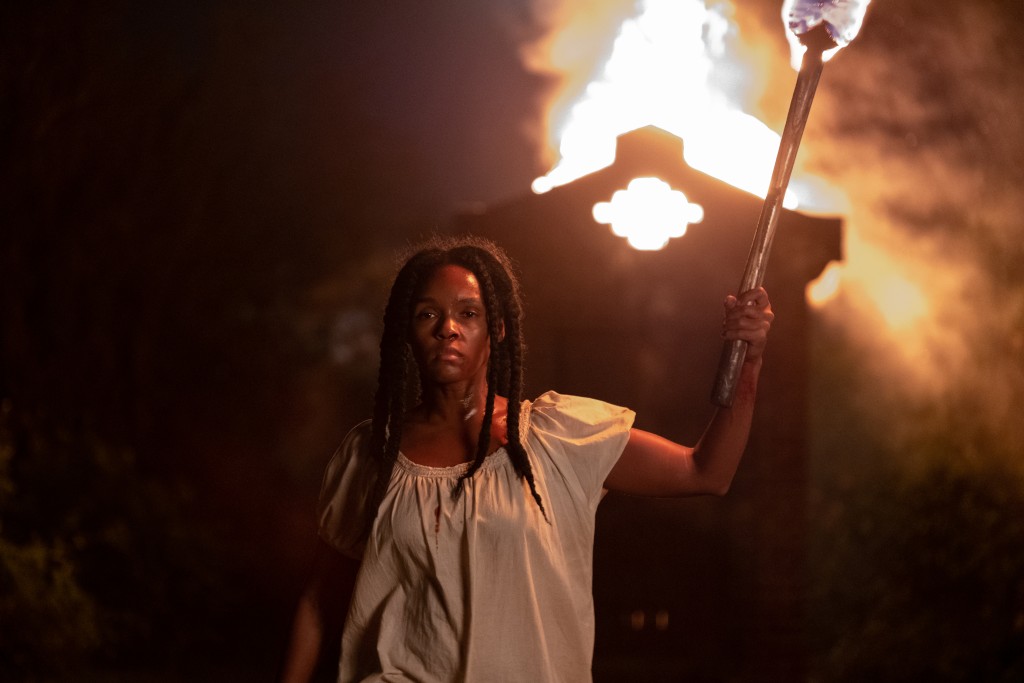 You can say this much for Antebellum: It shoots its shot. Gerard Bush and Christopher Renz’s debut feature is nothing if not ambitious. How well it shoots said shot, however, and what exactly it’s shooting, and at what, are the issues at hand. Antebellum’s casting and production quality bellow that it wants to be taken seriously, but the result feels like a freshman year creative writing project. There’s a lot of pretension, not much sense, and the film isn’t nearly as edgy as it thinks.

The first act of Antebellum introduces us to a plantation, and a group of slaves who have just been recaptured after an escape attempt. The leader of the group, Eden (Janelle Monae), is horribly beaten and abused by a confederate general (Eric Lange), known only as “Him.” The experience is enough to make Eden wary about trying to run away again, but she’s galvanized by the arrival of a new group of slaves, one of whom, Julia (Kiersey Clemons), refuses to accept her treatment at the hands of the confederate soldiers who run the place.

This is contrasted with the story of Veronica (Monae), a prominent current-day political activist and writer, who leaves her doting husband and sweet daughter to speak at a conference in Louisiana. Right away, something seems off. The hotel is covered with all-too-obvious paintings of plantation houses. Veronica receives a mystery bouquet of flowers, which for some reason includes sprigs of cotton. There’s also a creepy little girl in the elevator who warns her not to talk. Oddly, she seems to be the only one who experiences any of this. Her friends (Gabourey Sidibe and Lily Cowles) are having a fine time.

Even if you haven’t seen the spoiler-heavy trailers for the film, it shouldn’t take much of a jump to connect the dots and figure out what’s going on here. Antebellum is essentially Get Out by way of The Village, with neither film’s originality. The third act reveals what’s happening in a series of twists that only serve to infuriate the audience and muddle the message of the movie. There is no subtext to Antebellum. It’s all text, and that text can essentially be summed up in the William Faulkner quote that opens the film: “The past is never dead. It’s not even past.”

Antebellum certainly doesn’t lack commitment on the part of its actors. Monae continues to prove what a gifted performer she is, even in a role that takes some absurd turns. Clemons is likewise very good, but wasted in her limited role. Jack Huston menaces as a confederate soldier, and Jena Malone hams it up as his wife.

The problem here is entirely the construction and execution of the plot, and the paces it puts the audience through. Antebellum is heavy on brutal violence, especially towards women, and using cliched prestige-y cinematography to make that torture look as pretty as possible. This isn’t great to begin with, but when the third act hits, and we finally understand the actual situation we’re being presented with, all that brutality is wrenched from whatever context it might have had.

There is no catharsis here, and whatever lesson the filmmakers might be trying to teach is no more advanced than a high school discussion of the Civil Rights movement. There is an awful lot of suffering though, and without spoiling too much, it feels unlikely that the characters in this situation would put up with that level of pain for even one second. Bush and Renz are so enamored with their concept that they think it deserves a Shyamalan-like reveal, but it really isn’t warranted. Their “big twist” completely breaks the logic of the story, insults their characters’ agency and intelligence, and isn’t unique enough to warrant the mystery surrounding it.