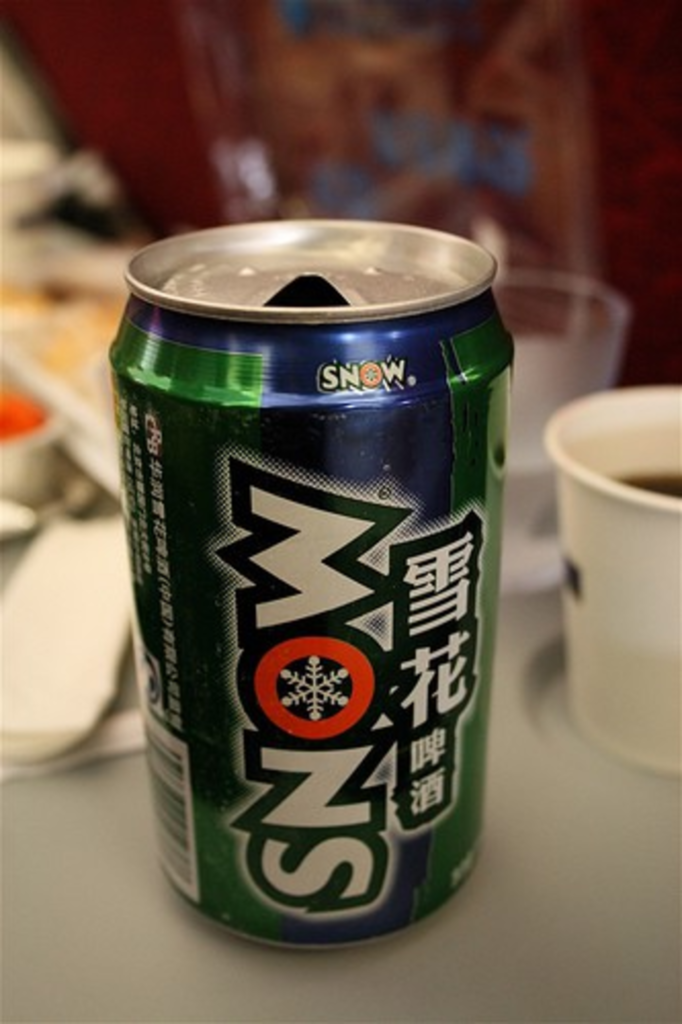 Though we’re not big Anheuser-Busch drinkers, it still stung when InBev bought the St. Louis company — just as it stings again to learn that Anheuser-Busch no longer has the best-selling beer in the world.

After more than five years in the top spot, Bud Light lost the number-one spot to the Chinese beer Snow. It was a long time coming, and it might have actually lost the top spot in 2007. But it was confirmed recently when Snow reported its yearly results.

Snow is a pale lager that is by all accounts pretty similar to Bud Light in flavor or lack thereof. On the snobby Beer Advocate site, Bud Light is ranked a D- in taste. Snow, which looks like it comes in a rejected Surge can, has an F rating. Commentators labeled it “bland,” “watery,” “soap” and “smells faintly of steamed broccoli and cauliflower.”

It’s a small consolation to know that most Chinese have the same bad taste in beers as Americans. But the fact that Snow was even in a position to take the number-one spot is disappointing.