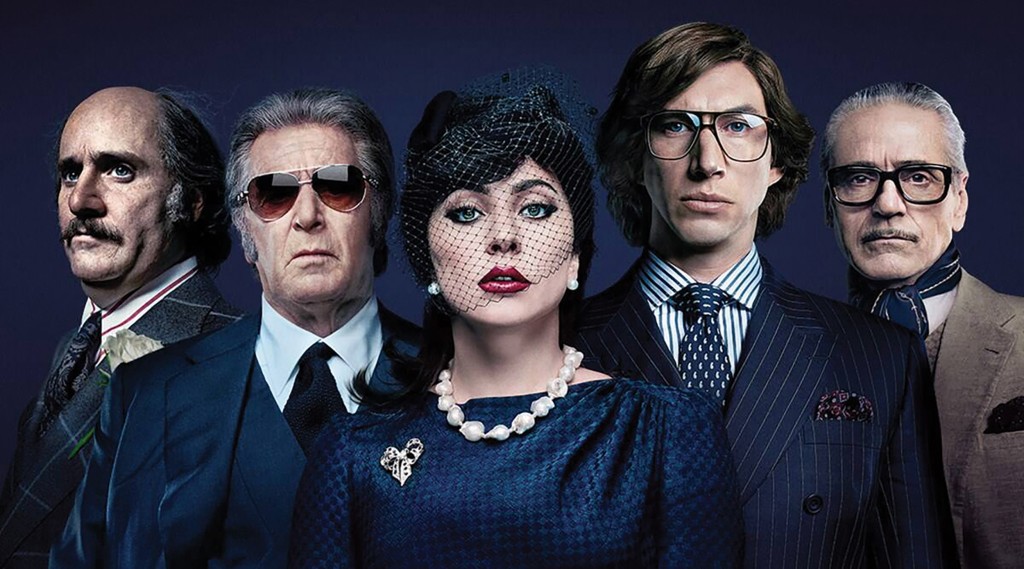 I’ll say this up top: 2021 was an uneven year for cinema, both in terms of release quality and theatrical attendance. A slight shift in COVID-19 restrictions meant we started heading back to the movies, but 2021’s ticket sales still trailed almost 70% behind pre-pandemic numbers.

Some studios, like Warner Bros., played to film fans wary of returning to theaters by offering simultaneous releases on HBO Max, much to the anger of some filmmakers, who felt their art [and box office income] was reduced by the home theater opt-out. Others insisted viewers only catch their new releases in the theaters. This, in turn, led to an ongoing discussion about the value of getting back to the theater, the experiences you can only have in a darkened room with no other distractions around you, versus the accessibility [and relative safety] of being able to watch a new release at home.

It’s not unusual for the biggest films of the year to hit in the last few months. However, as with most things, 2021 was different. COVID-related uncertainty pushed back planned releases, leaving a glut of excellent films hitting in November and December, with the preceding months feeling oddly empty. Some of the movies we got were leftover from 2020 release delays. Others were created within the Lost Year of 2020. Those films either suffered because of that fact or succeeded in spite of it.

All of it led to a mélange of titles that made it hard to grasp a singular theme. Whereas previous years gave us fairly specific looks at what was on our collective psyche, 2021 gave us a cornucopia of ideas and trends to react to. With that in mind, instead of a straightforward “best of” list, it felt appropriate to this roller coaster of a year to look at the many, many trends and themes that showed up on our screens.

For those of us who live our lives extremely online, Twitter—especially film Twitter—can become a strange shared language of memes and references from what we’ve watched over the year. You can sometimes tell what movies have staying power (or, alternately, the weirdest stuff that got stuck in our collective mental craw) by what items get a lot of repetition.

The earliest contender for this slot was Janicza Bravo’s Zola which, appropriately enough, started life as a viral Twitter thread. The story of sex worker Aziah “Zola” King’s epically misguided trip to Florida came to life through expressive performances from Taylour Paige, Riley Keough, and Nicholas Braun, wrapped within an experimental filmmaking structure featuring a variety of colorful asides, emojis, and notification pings. The film invited us to live within social media itself.

The following month, M. Night Shyamalan gifted us Old, a movie about a beach that makes you old. In the grand tradition of his recent work, this featured a high concept with befuddling execution—one that lent itself well to a litany of online jokes about “The Beach that Makes You Old.” 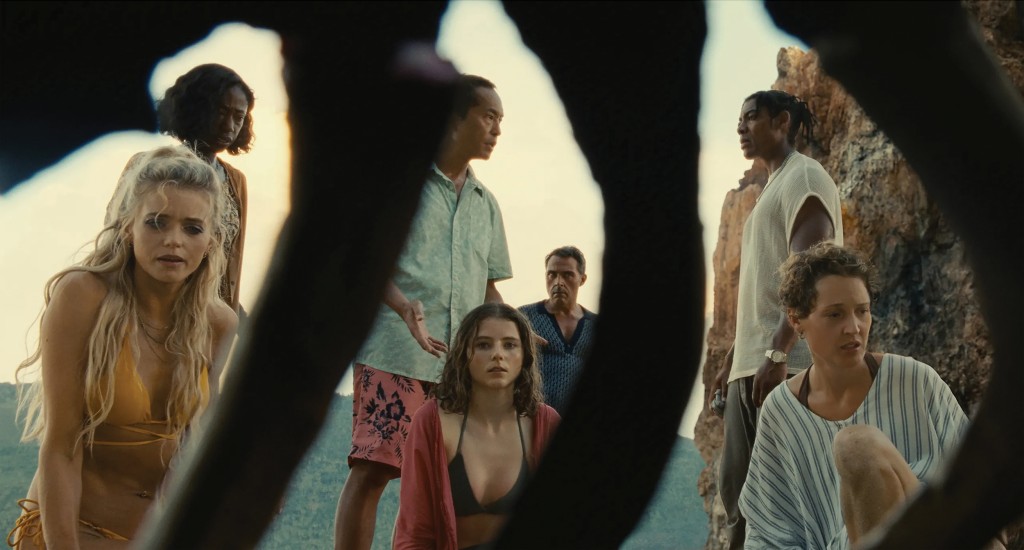 With theaters still not at the excitable capacity they were pre-pandemic, moments of wild collective viewing joy were a little harder to come by in 2021. However, bless their weird little hearts, there were a few movies this year that managed to transcend our cabin fever ennui with their go-for-broke strangeness.

F9: The Fast Saga had the distinction of coming out in the two-month window when we thought COVID might be a thing of the past, so its engine-fueled insanity got an extra boost from everyone being in a buoyant mood. I saw this in a packed theater at the end of June, and the energy in that place could have fueled a fleet of tricked-out sports cars.

James Wan’s Malignant was the fall release that briefly turned the conversation from talk of the Delta variant to rapturous discussions of bananas plot twists and an unforgettable action scene in the holding cell of a women’s prison. Malignant paid loving homage to little-loved genre fare from the early 2000s as well as Giallo—Italian mysteries and thrillers. That playful combination resulted in a divided response [the film currently sits at a 76% critics score and 52% audience score on Rotten Tomatoes], but either way, it prompted an impassioned response.

There may not have been a ton of unifying content in the scattershot release year that was 2021, but there were some surprising sub-themes worth noting. One of those? Horror’s increasing interest in fungus-based storytelling, a fascinating trend I’ve dubbed “Shroomcore.” Genre filmmaking produced some excellent nature-based storytelling this year about the metaphorical consequences of humanity’s exploitative treatment of mother earth.

Lee Haven Jones’ Welsh-language film The Feast used its setting and language to consider the implications of rejecting cultural roots and our connection to the earth. Jones gave us the story of a vengeful spirit in the body of a young waitress who methodically destroys a wealthy, resource-exploiting family through a variety of tactics, including poisonous mushrooms. Ben Wheatley’s stroboscopic In the Earth exhibited a similar interest in plant communication, folk horror and, weirdly, infected foot injuries.

The South African Gaia directed by Jaco Bouwer presented characters who had a cult-like, symbiotic relationship to their surrounding forest, and primarily its highly advanced, possibly sentient fungi. All of these films had interesting points to make about nature, culture, and the damage of technological advancement, in addition to making me think twice about any future nature hikes.

Another curious sub-theme of 2021: over-the-top performances of real individuals. Sure, every year brings a set of Oscar-hopeful biopic fodder. But even by the histrionic standards of previous awards runs, this year offered some notably entertaining turns, whether lightly fictionalized or based on a true story.

House of Gucci featured an ensemble of actors who tried on a range of Super Mario-style Italian accents to tell the story of Patrizia Reggiani (Lady Gaga) who had her fashion heir husband Maurizio Gucci (Adam Driver) killed after their divorce. In The Eyes of Tammy Faye, Jessica Chastain mimicked Tammy Faye Messner’s thick makeup and squeaky voice with joyful aplomb. Bradley Cooper’s cameo as mega-producer Jon Peters in Licorice Pizza was brief but memorable, a cocaine-fueled display of misplaced machismo that fit right alongside Paul Thomas Anderson’s many beloved male blowhards.

Perhaps the biggest notable trend of 2021 was the stage-to-screen adaptation. A number of musicals and plays made their jump to film this year. Some of them, like the comically misguided Dear Evan Hansen, were disastrous in their attempts to translate the magic of the live experience to a cinematic one. Ben Platt, who originated the role on Broadway, was by the time of production a decade older than the character he portrayed, making for a disconcerting watch from start to finish.

Lin-Manuel Miranda got a double hit this year, as the delayed film of his musical In the Heights landed in theaters over the summer. This was followed by his critically-acclaimed adaptation of tick, tick…BOOM! a musical originally written by Jonathan Larson, best known for penning Rent.

Joel Coen’s The Tragedy of Macbeth was a classic straightforward presentation of a great play, and a prime example of the filmography that he produces with his brother Ethan. Finally, The Humans brought Stephen Karam’s Tony and Pulitzer-winning play to movie theaters, where Karam used unsettling lighting and sound design to create an effectively creepy tale of American life post-recession.

Claiming Hollywood has no new ideas is kind of a chestnut at this point, but it is true that every year gives us a large number of franchise entries and remakes. These don’t always translate well, but 2021 gave us a few new versions of old favorites. That included a stellar adaptation of one text that the industry has repeatedly failed to get even close to right.

With Nightmare Alley, Guillermo del Toro refashioned a cynical 1947 noir into something even darker. Del Toro’s style was a perfect fit for the tale of ambitious carny Stan Carlisle (Bradley Cooper) who rises to fame as a mentalist, only to lose everything when he gets too greedy. Even del Toro’s darkest work usually includes a sliver of hope, but Nightmare Alley only spirals into a self-created abyss. It’s not a pleasant film, but it has insightful things to say regarding the lies we tell ourselves about who we are, and who we want others to see.

Denis Villeneuve’s adaptation of Frank Herbert’s Dune was an improvement on David Lynch’s fumbled 1984 attempt. Villeneuve’s approach was striking, modern-looking, and spare. Plot-wise, this first entry in a planned pair of films took a long time to get going, hitting the credits just as the story starts to get interesting. Nothing like a blockbuster cliffhanger to set our excitement levels high for the films 2022 has coming down the pipeline.