Anne Winter: a truth teller, even in death 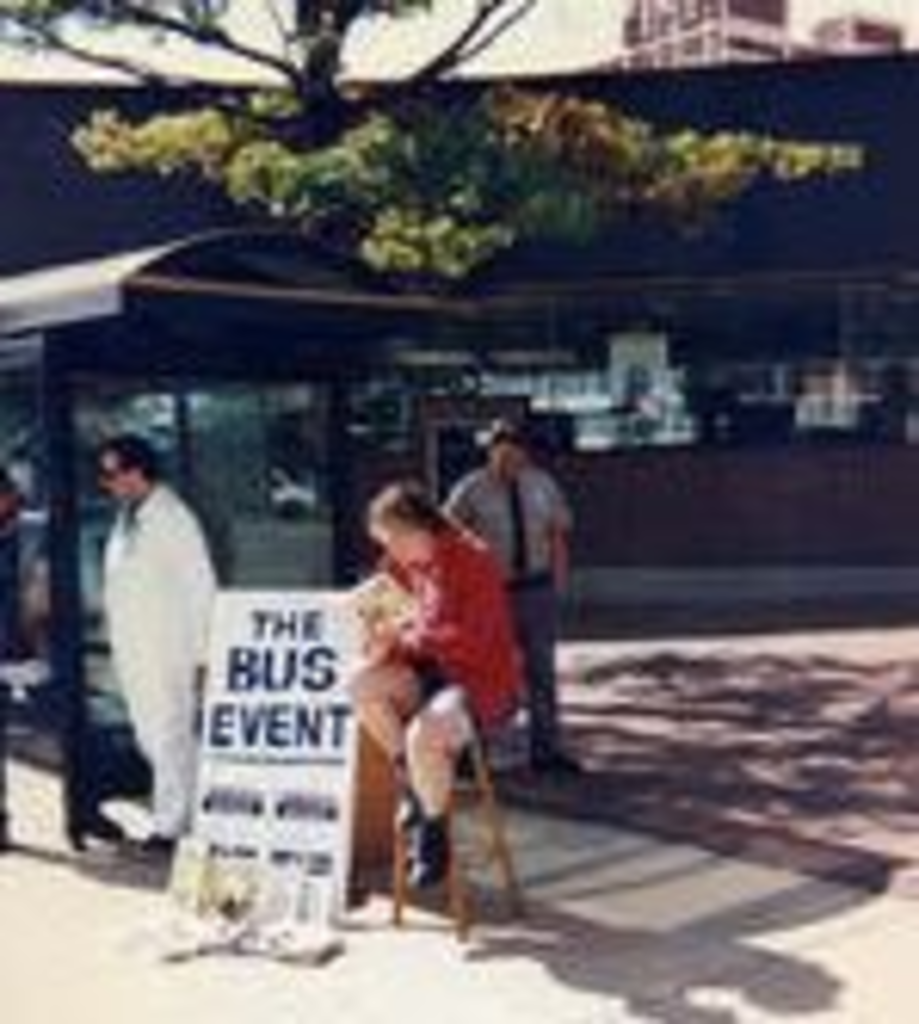 The big chapel at the Muehlebach Funeral Home was overflowing. People who had come too late had to sit in smaller chapels off to the side and listen to the service on speakers. Others stood in the lobby or sat on the steps to the second floor.

“They shoulda had this at Bartle Hall,” said someone in the packed hallway.

The occasion was Anne Winter’s funeral on October 27. Winter’s role as mother to much of the city’s music scene is well-known. For 18 years, she owned Recycled Sounds, a record store that was a cultural hot spot more than simply a place to buy vinyl, CDs, rock posters and zines. By the day of her funeral, spontaneous memorials to Winter had already come pouring out: Mourners had crowded into the Rime Buddhist Center the day after her death, posted nearly 150 memories on her Facebook page, and done much drinking and reminiscing in her honor. Certainly there would be benefit shows in the weeks, and maybe years, to come. So on this gray afternoon, the proceedings felt more like a formality, everyone putting on some decent clothes and showing up at the funeral home to pay respects — even though in Winter’s case, it seemed as if no amount of respect was enough.

Funerals are sad. But there was an extra layer of misery on everyone’s face. Winter was deeply involved in Border Star Montessori, where her two children, ages 10 and 12, attended school. Few people in this city were more beloved or more connected to important, life-sustaining causes. So it was incomprehensible that she could have taken her own life.

Winter moved in different circles over the two decades that she lived in Kansas City. Some of us knew her mainly as the woman at the center of a battle against Bible Belt stupidity.

In 1989, Winter, along with a handful of other concerned citizens — particularly Richard Rostenberg, owner of Hollywood at Home Movies & Magazines, and Kevin Dowd, then working in the media center at the Kansas City Art Institute — started the Greater Kansas City Coalition Against Censorship. Conservative backlash against controversial art was threatening the National Endowment for the Arts. And in Johnson County, an organization called the Coalition Against Pornography-Kansas City had petitioned and convinced officials to convene a grand jury to look into prosecuting the sale of X-rated videos.

Rap music was on the rise — and scaring people. The end of the Reagan era would usher in a political campaign in which Bill Clinton scored political points by picking on a female rapper named Sister Souljah. Even worse, his running mate’s wife, Tipper Gore, as a founder of the uptight Parents’ Music Resource Center, had spent the second half of the ’80s railing against rap and rock lyrics. Senate hearings were held; records got slapped with warning labels, and independent record stores were attacked for selling musical pornography. Countless U.S. citizens who lived in places where the only place to buy records was Wal-Mart heard only the “clean” — censored — versions of their favorite music.

Culture was under fire — hence, the name of the annual event that Winter helped organize. And this city wouldn’t be the same without her contributions.

It started small. I remember one early ’90s night of skits at the old Café Lulu on 39th Street — the first time I saw Ron Megee perform. Long before the conception of Late Night Theatre, Megee and Janice Woolery dressed up in polyester and carried Bibles as the hilarious characters Stan and Fran Fundie.

In 1995, the year for which I found an old Culture Under Fire program in my basement, festivities began on April 15 with a film festival at the Tivoli and ended seven days later at the Music Hall, with a performance-art piece by Lisa Cordes and a speech by Molly Ivins. In the days between was a panel with rock critic Dave Marsh (his 50 Ways to Fight Censorship had been out for a few years) along with Winter and others at Unity Temple; a poetry reading at the 51st Street Coffeehouse; an Art Trek to 13 galleries; a show and an auction called “Gingrich, Eggs and Ham,” put on by Mark Manning’s Big Bang Buffet at the Cabaret on Main; and rock shows at Davey’s, the Grand Emporium, Harling’s and a place called The Foundry on Southwest Boulevard. Bands that played throughout the week: Power and Fear, the Starkweathers, Grumpy, Go Cart, Outhouse, Season to Risk, Craw, Black Calvin, Kaplop, Crutch.

Winter’s way of fighting back against a culture under fire? Create more culture.

As recently as 2000, Culture Under Fire events centered on a forum/workshop/music showcase called “Break the Blackout.” Its inspiration? In what felt like something out of Footloose, KCMO authorities had decided to harass the all-ages, nonalcoholic after-hours dance parties on weekends at what was then El Torreon.

At the time, Winter told The Pitch that the Coalition Against Censorship had been talking to young people around town to see what they were interested in and how to get them involved. “The subjects of our workshops are the things that the kids said they wanted to know about,” she said.

On the schedule for that day: Tech N9ne and Flavor Pak’s Jeremy McConnell talking about “Why Hip-Hop Takes a Bad Rap”; DJ Just & Joc Maxx leading a “Turntables 101” DJ demo; activist Mike McCormack hosting a session called “So You Want to Change the World: How to Grassroot.” And, yeah, lots of rock.

At Winter’s funeral, Rostenberg remembered that the coalition had put on Culture Under Fire for 12 years — “until we all got old.” He looked out into the overflowing chapel and said, “Maybe there’s someone in this room who would be willing to take up the torch.”

The city is still packed with people making music and art and poetry and films. We write about them every week in our Night + Day and Music sections — hell, we write about them every day on our blogs. That’s one big change since Culture Under Fire’s heyday: With new technology, it’s easier for people to speak up. Just ask the Iranians who tweeted their near revolution earlier this year. And now we can download music digitally, without interference from Washington biddies — or even record labels.

But in many ways, the battle is harder. Health care, war, the environment: The issues are life-and-death, and too much of the public discussion is hostile, twisted and profit-motivated.

Trying to do something about these issues can too often feel hopeless. It’s tempting to believe that carrying such a burden ultimately caused Anne Winter to give up.

But her husband, Kurt von Schlemmer, knows it was something else entirely.

He sends The Pitch this statement: “The kids and I have been moved and a bit overwhelmed by the outpouring of emotion since Anne’s death. I know that many of you might be having a hard time understanding what happened. I hope to shed some light and then turn my attention to the future.

“Bipolar disorder and the mixture of alcohol with medications, brought years and years of stress, pain and trauma to our lives — Anne’s, mine and the kids. Anne had been adjusting her medications without consulting her doctor, which finally resulted in her taking her own life.

“None of this discounts all the wonderful memories you all have of Anne. I have even more, years of them. But it completes the picture. Hiding this truth behind doors and in dark corners results in just what happened. Truth, no matter how ugly, scary or painful, will set us free.”

May that be some consolation to the many people who are wishing that they’d contacted Winter in the days and months before her death.

And may the difficult reality of Winter’s final act encourage the rest of us to face our own scary truths, whatever they may be — before they stop us from being able to continue her fight.