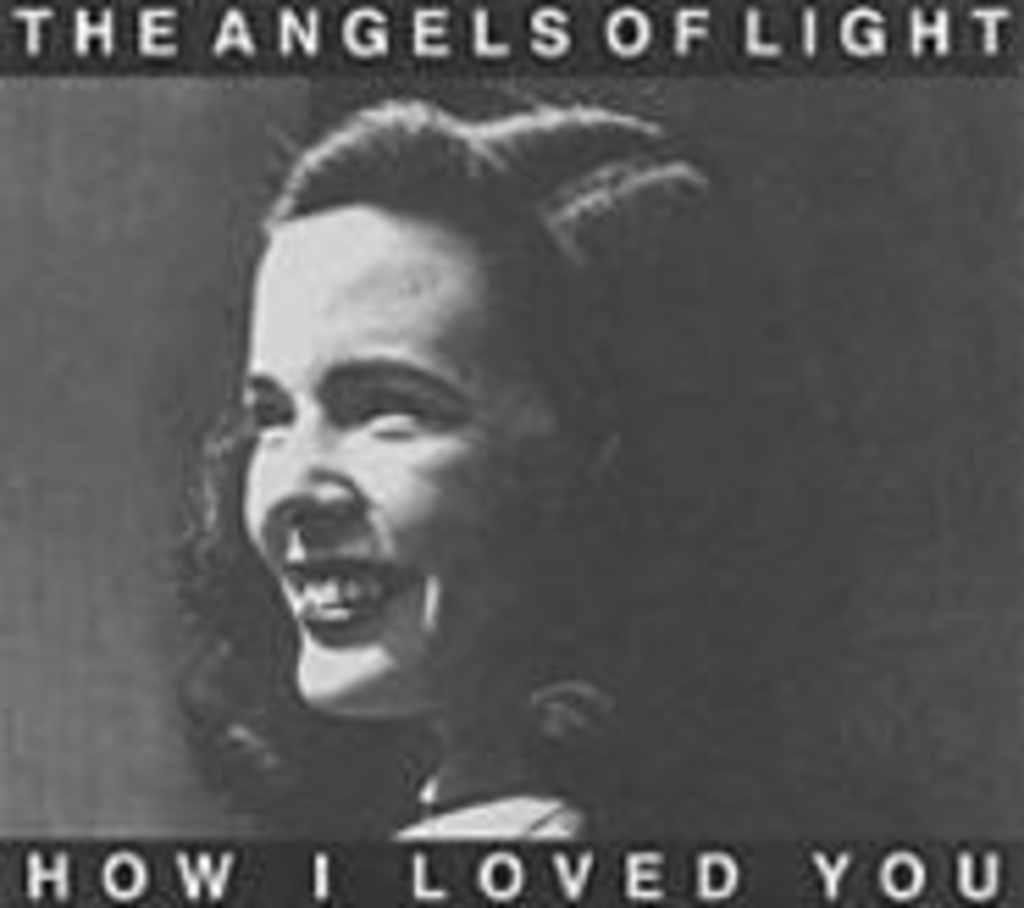 Reading titles such as “Song for Nico” and “My Suicide” on the CD cover, you could peg Angels of Light as a Velvets-obsessed New York project before breaking the shrink wrap. But though the ten long songs on How I Loved You confirm the influence of early Lou Reed on songwriter (and Young God founder) Michael Gira, the album is so wrenching on its own terms that comparisons are soon forgotten.

Gira has no pretension toward punk. The primitivism in some of the album’s songs isn’t a rejection of musicianship for its own sake. Long stretches of How I Loved You are played with deceptive scrupulousness; the presence of underground guitar hero Kid Congo Powers on two tracks is tip-off enough of that. Vibes, sleigh bells, melodica and lap steel keep eleven-minute epics such as “Two Women” from being endurance tests. The considered arrangements — which, fortunately, don’t obscure the strong voice-and-guitar roots of the songs — are well matched to Gira’s bleak words, spreading a canvas before him rather than becoming a blanket of pointless instrumental repetition.

Gira’s lyrics, some of them nakedly pleading, aren’t first-draft Poetry 101 rejects. (Now I am your mute cousin/ young shaved virgin whore/on my prison steel bed I wait for you, Gira sings on “My True Body,” his words actually commendable second drafts from Leonard Cohen 101.) More than just a set of charcoal sketches outlining an emotional horror movie, more than a leap into the vacuum left by the Velvet Underground, Gira’s disc creates its own uniquely nocturnal vortex.