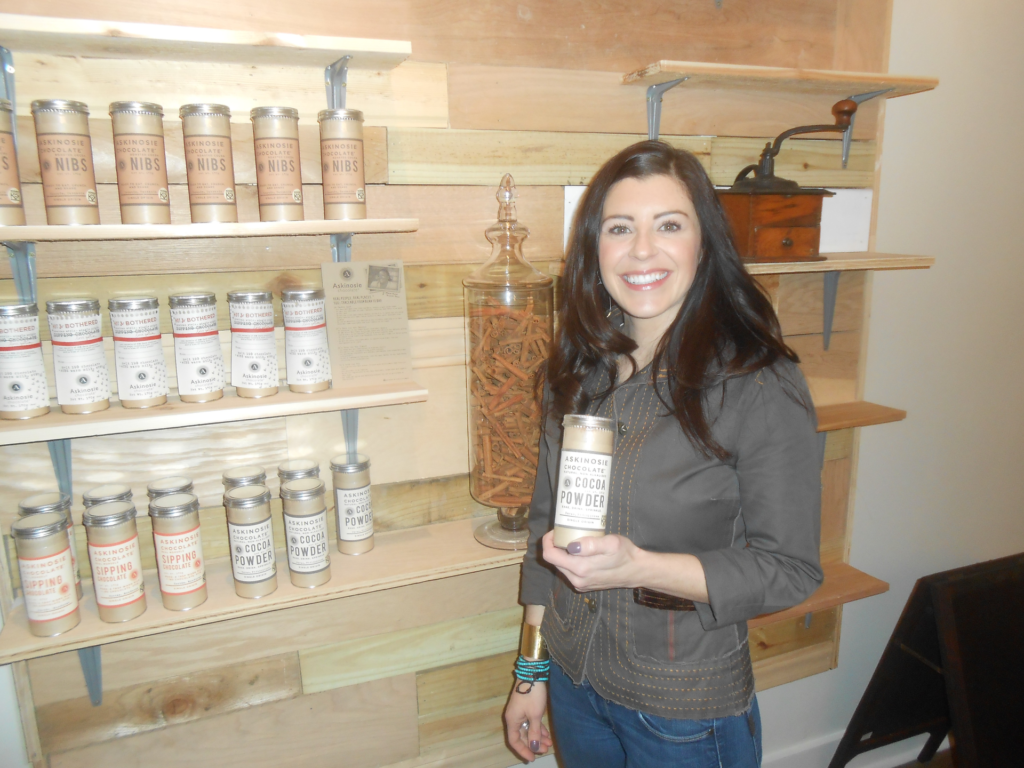 When Andrea Morrow Joseph was discussing college options with her 16-year-old daughter, Izabella, she found herself telling the teenager that she had to follow her dreams.

“That’s when I realized what a hypocrite I was,” says Joseph, who had spent most of her own career in corporate sales, most recently pushing dental products. “I certainly wasn’t following my dreams.”

Several months later, Joseph had signed a lease on a Brookside storefront at 6205 Oak – a former shop for bridesmaid gowns – and was preparing to open her dream business, Season + Square. Its focus: fresh small-batch spices, housewares, goods made from recycled materials, and cooking products.

The 900-square-foot venue will sell those spices in bottles and in bulk and stock high-end, Boston-made R. Murphy knives among its cookware. Other products include Dram Apothecary and Bar Keep bitters and, from this region, chocolate (bars and baking chocolate and nibs) from Askinosie Chocolate in Springfield, Missouri. Also: handmade cards from Austin Press in San Francisco, and Wondermade marshmallows (with flavors such as honey, lavender, Sriracha, rose raspberry, carrot cake, bourbon, and Guinness) from Florida.

“I eventually want to add olive oil and vinegars,” Joseph says. “None of our packaging will be plastic,” she adds. “Our square bottles are glass sealed with cork. Our wrapping is butcher paper and string.”

Joseph isn’t unfamiliar with the food industry. Her family has long owned the Torreon Mexican Restaurant in Overland Park, one of the oldest dining spots in Johnson County and among the first Mexican restaurants in the metro. She wasn’t drawn to the family business, though. Instead, she became a makeup artist and, later, a top rep for Trish McEvoy Cosmetics for a decade. The birth of her second child made her re-evaluate her 80-hour workweeks.

The space is small, but Joseph hopes that it will become a neighborhood gathering spot. “This summer, we’ll be offering cooking classes with Katie Galloway, who owns a farm in Weston. And we’ll have an extensive collection of cookbooks for customers who come in and are looking for a specific recipe. We’ll serve Broadway Roasting Co. coffee, too.

If Joseph’s dream shop sounds as if it has a somewhat clubby quality, well, it does.

“We’re going to offer a Founders Membership for $60 a year that will feature discounts on our products, first news about our classes and events, and two private events each year,” Joseph says.

Now that the store is ready to open, Joseph has quit her full-time job. “I’m very excited about this new chapter in my life,” she says.

Feb 26 all-day Waldo Neighborhood
Shop, dine and discover everything that Waldo has to offer at the 5th Annual Waldo Week celebration, February 21 – 27! Get 25% off at participating businesses from restaurants to coffee shops, retail and unique services at your favorite Waldo spotsFacebookPinterestTwitterLinkedin
Tickets
Amplify Culture Presents: Emo VS Pop Punk w/ DJ’s KC and Jojo

Feb 27 @ 6:00 pm Goethe Pop Up Kansas City
Step away from the English-speaking world and join the German Conversation Group. We invite you to the Goethe Pop Up Kansas City to speak German every other Thursday. Join us in offering a platform for German speakers of all proficiency levels to meet new people, work on their conversation skills, and share ideas. The facilitator will start us off with...
February 2020 Feb 2020
Subscribe