And they’re off: The 2015 Folk Alliance International Conference had a massive start last night at the Westin 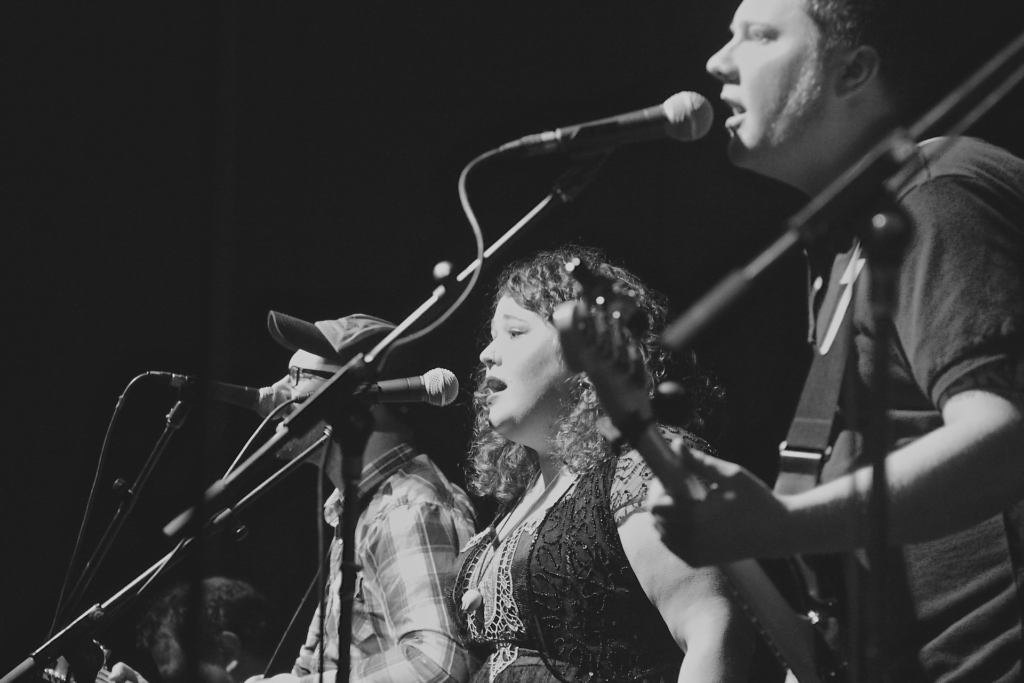 The annual Folk Alliance International Conference (FAI) is a sprawling, chaotic experience. With approximately 3,000 attendees, this is a big league gathering. Last night at the Westin, the conference kicked off its first of four days of workshops, lectures and, of course, performances. If the opening night’s roster can serve as an indicator, attendees are in store for one hell of a weekend. 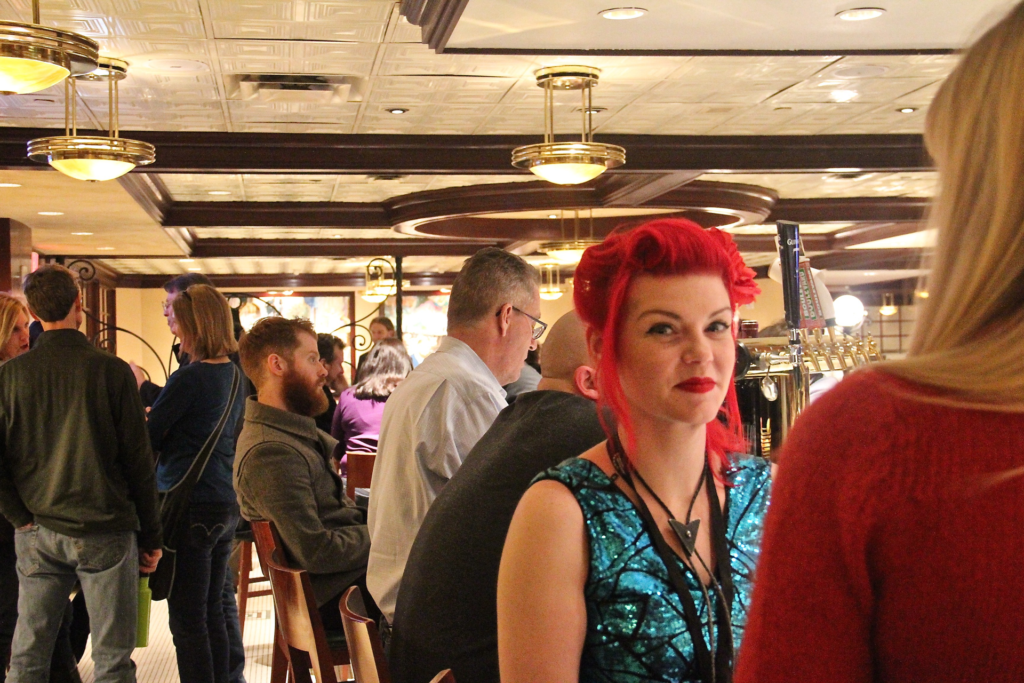 For those who have never been, the conference during the day works as you would expect just about any conference to – there are vendor booths, information sessions, lectures, workshops, etc. But in the evening, the staid ballrooms, breakout rooms and meeting spaces are converted into performance halls and little tucked-away corner venues. We started our night in one of the smaller venues, to see Rural Grit perennial favorite Howard Iceberg. 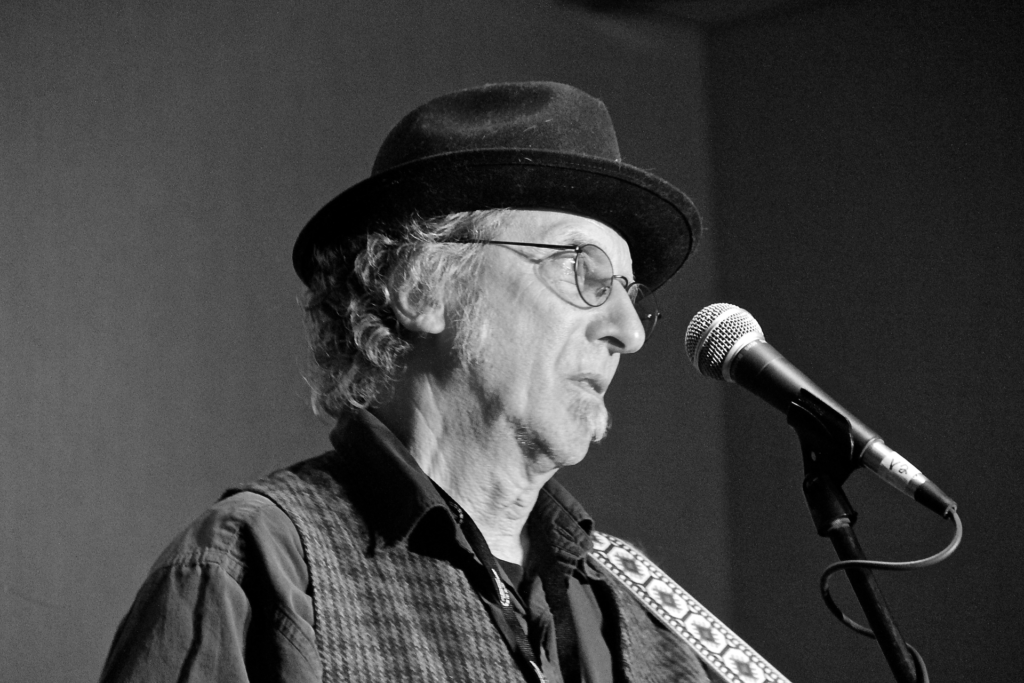 In some ways, Howard Iceberg exemplifies why a conference is important. It’s not just an opportunity for people from out of town to experience what any individual musician or band may have to offer but is also a chance for musicians like Iceberg to network with each other, and to experience the work of folk musicians from around the continent.

The meeting rooms at the Westin admittedly are a bit awkward at first for this type of performance, but once you settle in and acclimate to the wildly varied showcase atmosphere, it’s infectious. Hallways are crammed with musicians, guitar cases, photographers and friends, and at any given time during showcase hours, attendees have the option of 10 different shows to watch. It’s also not just the kind of banjo-plucking folk that one might imagine (though there is plenty of that): There is pop, country, hip-hop. Folk is music of and by the people. It’s everything. 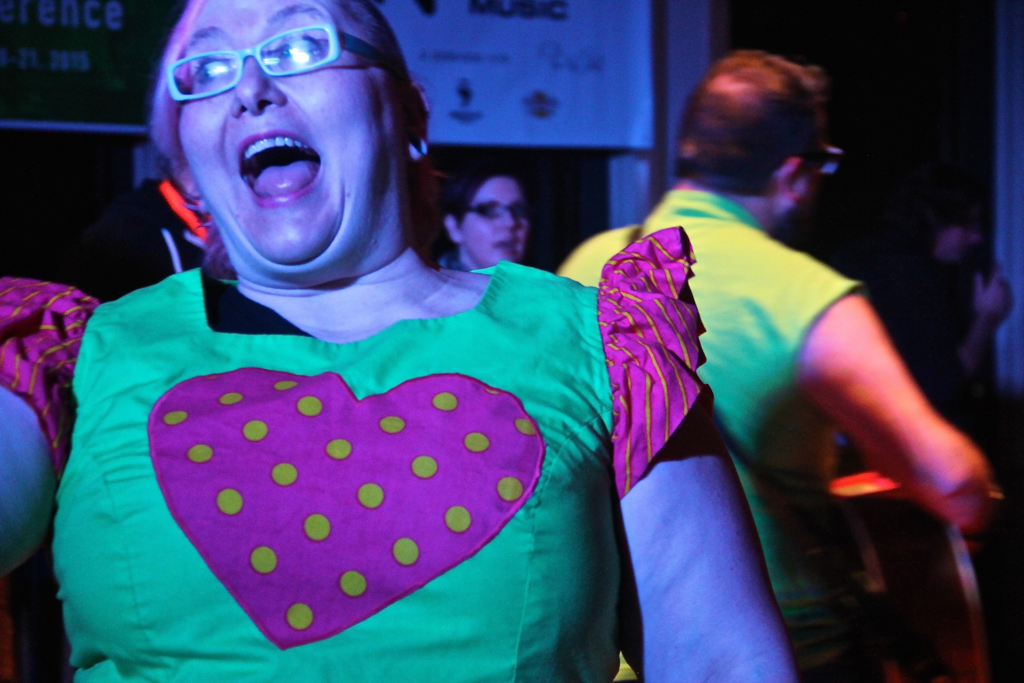 We moved from the meeting rooms up to Benton’s Steakhouse, on the top floor of the hotel, which like everything else in the hotel has been converted to performance space (though with the sprawling skyline, this may be one of the event’s best rooms). On our visit, the brassy, almost improv act Destroy Nate Allen had taken over the dining floor. This husband-wife duo sings and shouts about cheap apartment living, fighting, cooking and loving each other, touching and hyping the crowd as they danced and ran through the space. 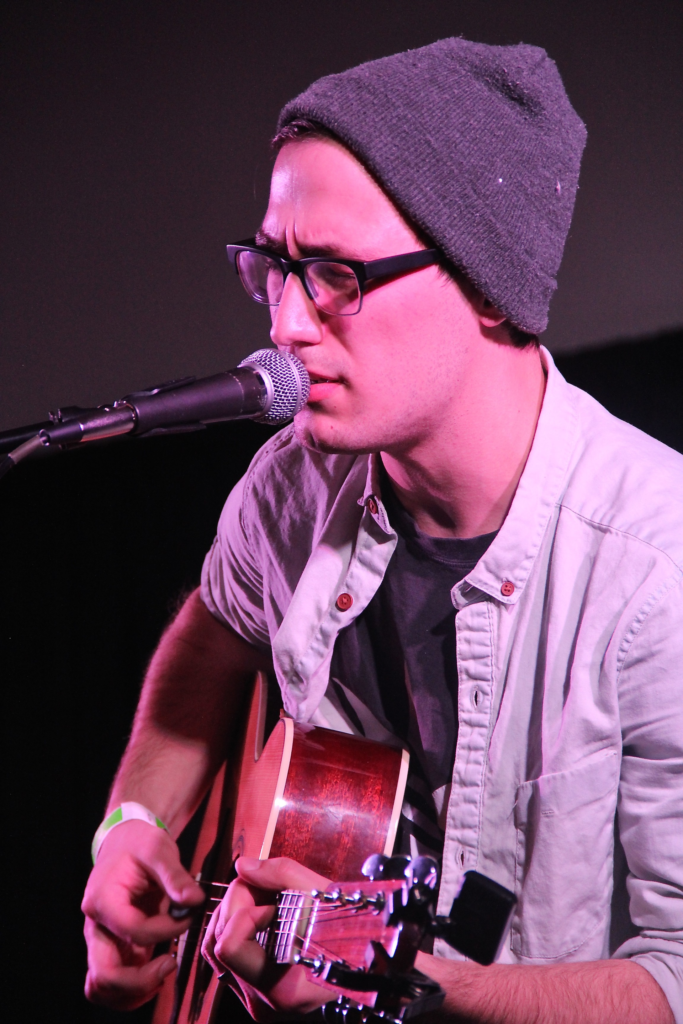 Back downstairs in the Liberty Room, three of the five members of Hembree had set up for a stripped-down performance without bass or drums.

“This is a little untraditional for us,” explained singer and guitarist Isaac Flynn, “but this is the Folk Alliance, so we are trying something a little folky.”

What may be unusual for Flynn, Garrett Childers and Eric Davis (the members of the band present) still reeks of the high pop polish that Hembree and its former incarnation, Quiet Corral, always display. Any performance of theirs (including this one) always seems to suggest that with a little luck – playing in front of the right audience at the right time – Hembree could be snatched from our arms and shot up to a national stage. 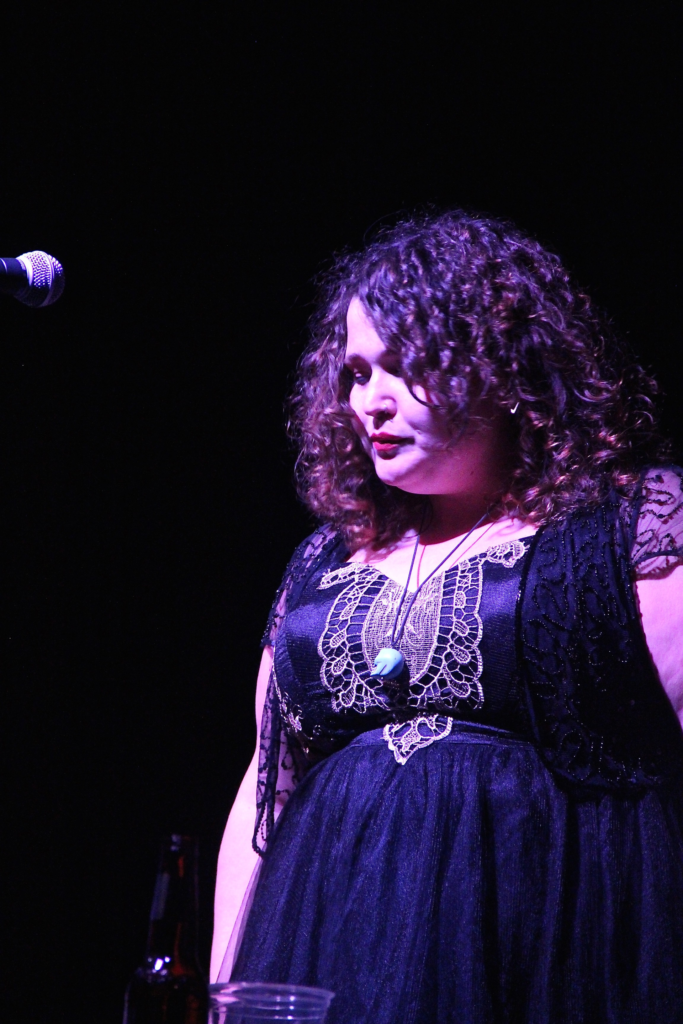 Another act polished to a fine shine: The Grisly Hand. Lauren Krum and her comrades had plenty of their talents on display for a packed ballroom. Krum’s beauty and magnetism were a strong crowd pull on this first night, and she toasted those both on vacation for the conference and the locals having to head back to work in the morning.

The conference has done well with the ballroom concert setups this year. At last year’s conference, the rooms – being, well, the meeting rooms they were – could feel a bit dry. This year, however, black curtains darkened the stage setup, giving it a more professional and venuelike feel, and the result was much more seductive than it has been in the past. For a large band like the Grisly Hand (and for many of the acts to come), this is a huge benefit. 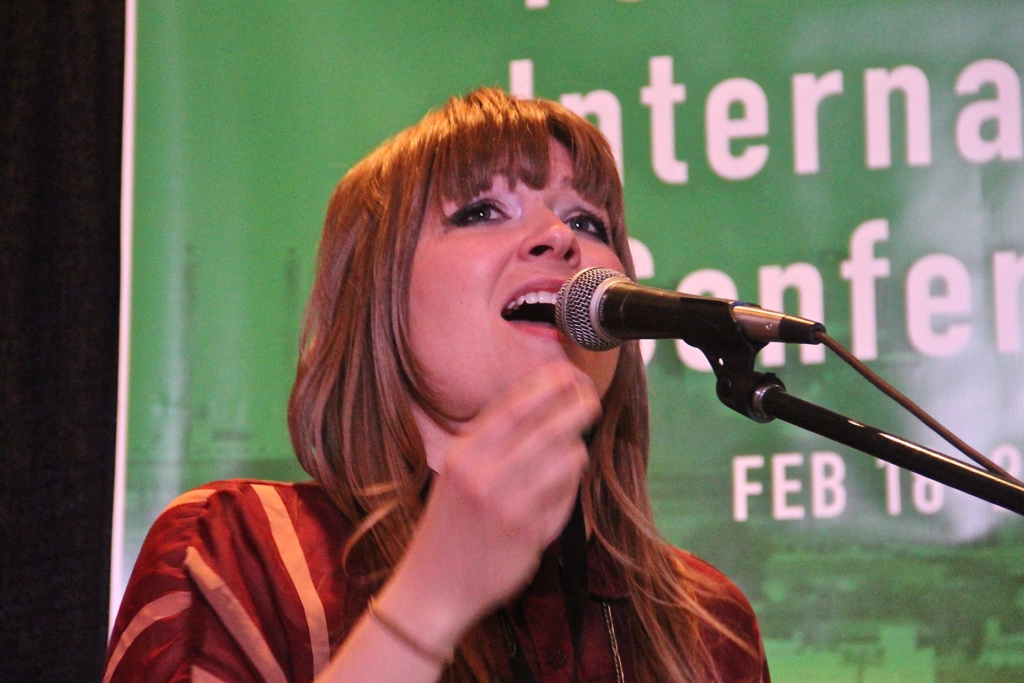 Next door in one of the cozier breakout rooms, the Blackbird Revue delivered a sweet performance for a receptive crowd of about 20. Jacob and Danielle Prestige should garner a lot of love during this round of FAI. Their gentle harmonies, looping guitars, kick drums, ukulele and keyboards just feel right for this conference, and the pair’s modest and funny stage presence should work even better in the hotel-room showcases that occur later in the evenings. 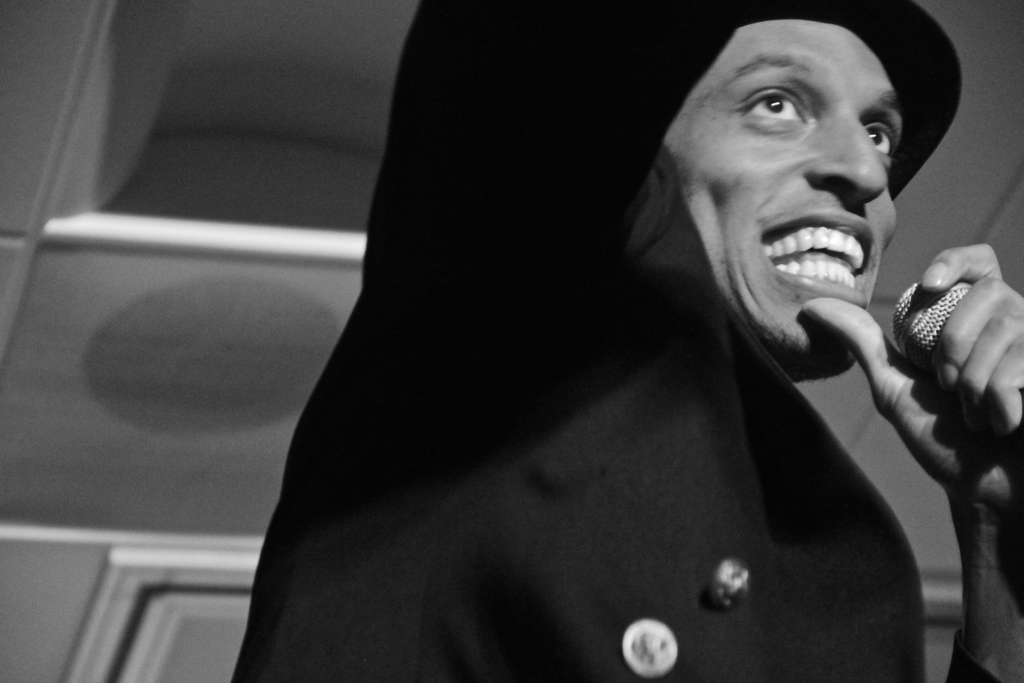 The final act we caught before the official showcases ended was AY Musik, the X-Factor-featured hip-hop act of Aaron Young, singer Hailey Canalas (not present) and live drums. Young’s infectious smile and (initially) nervous delivery kept the crowd around during a few technical difficulties. 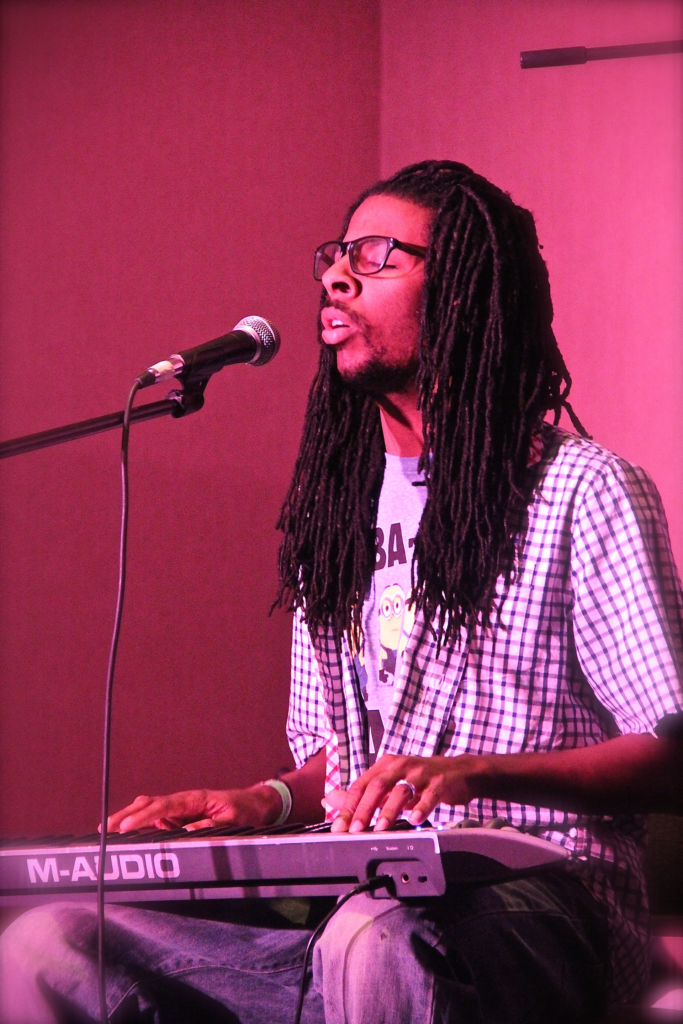 Once those were plowed through, Young had audience members dancing in their seats. A highlight was when he invited Eames, a keyboardist and singer who never even looked at his keyboard, to perform for one song. 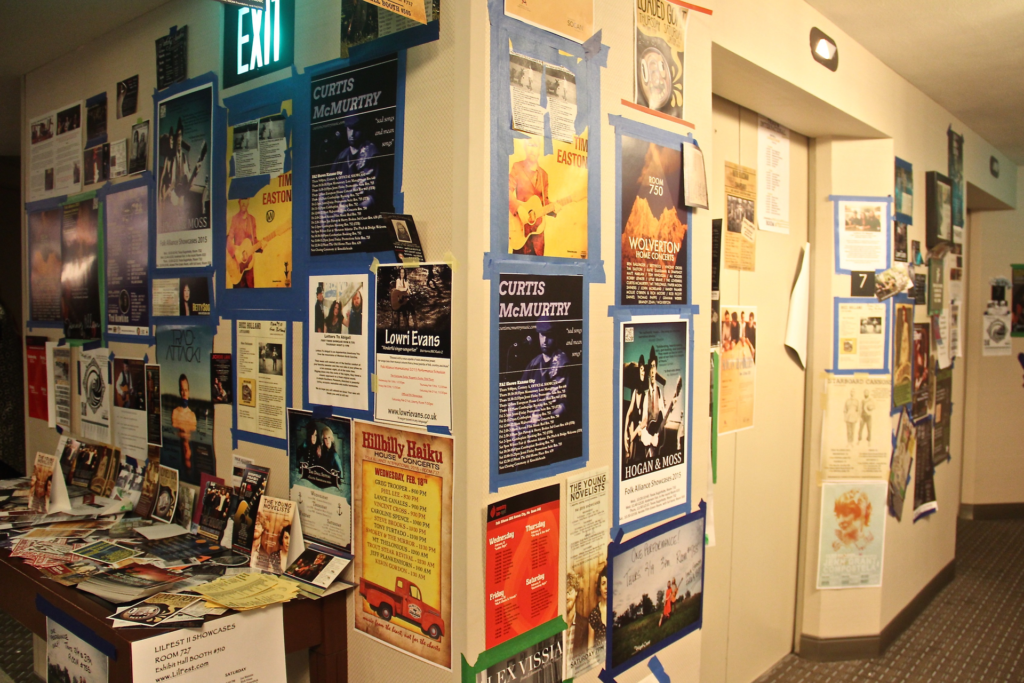 Perhaps the most special part of FAI takes place in the hotel-room showcases that begin, usually, around 11 p.m. People move furniture out of the rooms and create performance vignettes. Hallways are plastered with posters highlighting the artists playing throughout the conference, and tables overflow with business cards and merchandise. 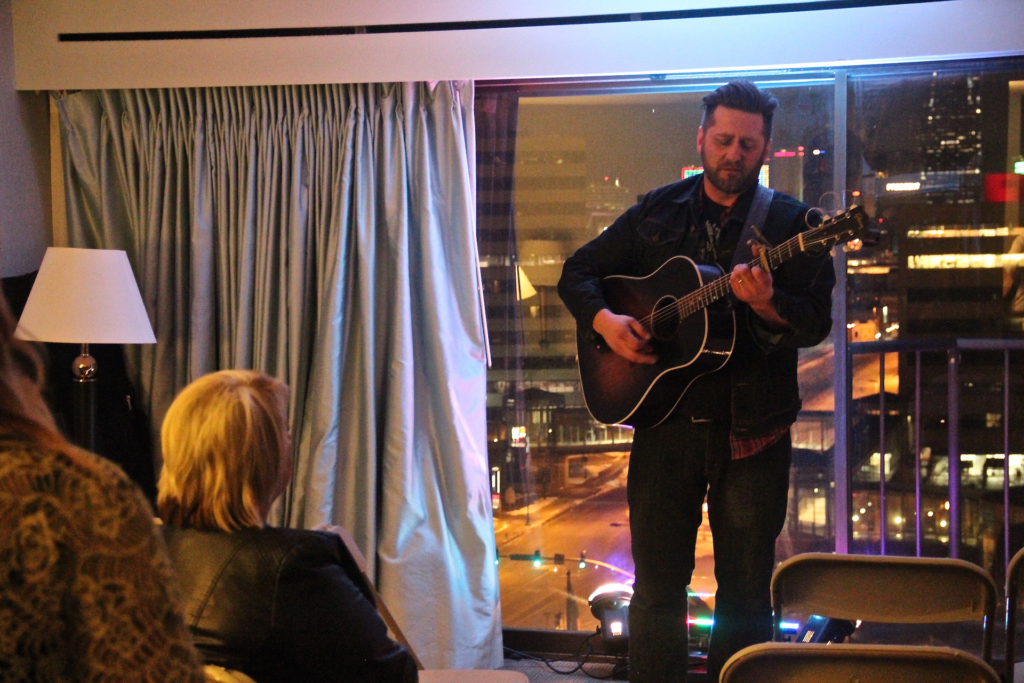 Our night ended rather perfectly with one of these room sets, thanks to Chad Elliott. Part of what makes this conference so great is, we just wandered into the room, not knowing who he was or what to expect. What we got was an Americana Music Award-winning artist with nearly 20 albums under his belt and some truly beautiful music, including a hauntingly pretty song about Texas. If this is the kind of thing you can bump into without any effort, one can only imagine what is to come the rest of the week.