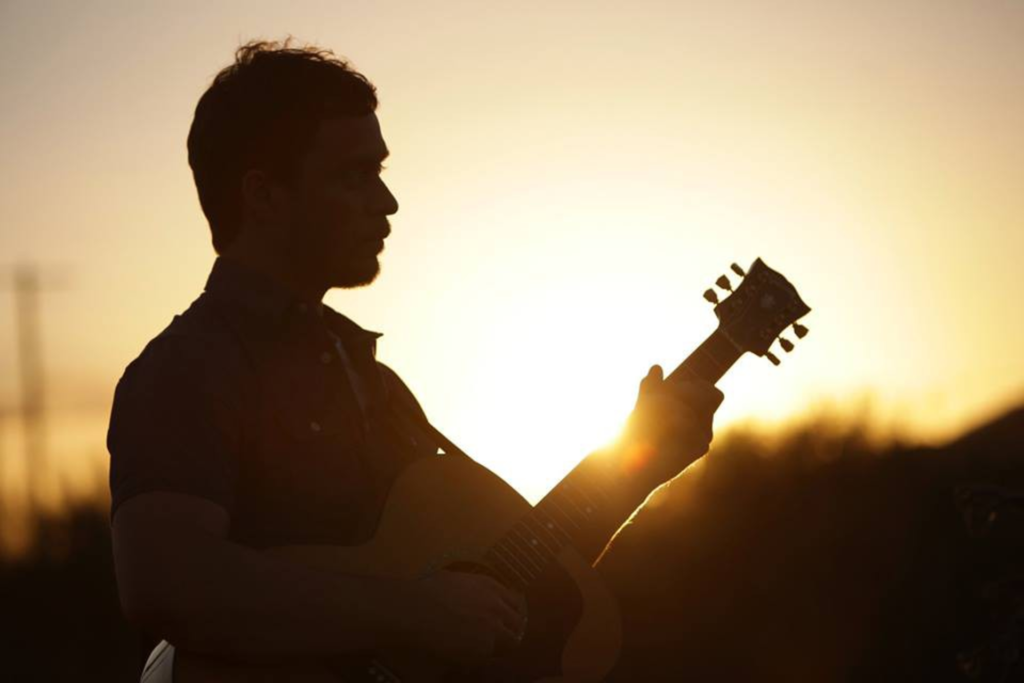 There are two kinds of people who like Amos Lee: those who were listening to popular music in the 1970s, and those who wish they had been born sooner so that they could experience music in the 1970s. Because Lee has built his career by evoking the trademarks of that era, with his folksy songwriting, lazy Sunday morning vocals and a touch here and there of melodic funk.

That’s certainly the kind of thing you hear on Lee’s latest full-length Mountains of Sorrow, Rivers of Song. Ahead of Lee’s gig tomorrow night at the Uptown, we dialed up the artist from the road and chatted with him about a few of his influences.

The Pitch: You brought in Patty Griffin and Alison Krauss – two of my personal favorite artists – on your last album. Do you have any favorite stories to share?

Amos Lee: Alison and I spent a little bit of time with Jerry Douglas in Scotland doing this recording called the Transatlantic Sessions. That was the first time I had ever really been in a room with her while she was singing, and there was something perfect about it to me. She was super cool. We just got to talking with each other in Scotland, and that laid the groundwork for her working on the album. She’s just a badass.

When I listen to Mountains of Sorrow, Rivers of Song, I hear a million different influences. I feel like you hopscotch through genres.

I love all kinds of music. Even if someone says that you’re country, I don’t really know what that means anymore. Country music today is really different than country music 40 or 50 years ago. My first introduction to music was kind of similar to a lot of people. I listen to a lot of pop music. As a teenager, I was listening to a lot of hip hop music, and I got real into ’90s R&B. I got a job at a record shop when I was 20, and started listening to old jazz, and then got a job at the college radio station and got really into Indian and world music, and then I got into singer-songwriter stuff, and it just goes on and on. My ears never stop finding stuff that I like. So when I’m inspired by something, I tend to write like that.

Yeah. Some of it was like… Irish music. Some traditional Irish music, earlier Paul Brady stuff. Some of it was old Gospel, Reverend James Cleveland. There was Solomon Burke. Clarence Carter. Patty Griffin. Lucinda Williams. It ran the gamut of a lot of different things.

You have such an interesting story – going from being a schoolteacher to bartending and now to a huge country-cum-neo-soul success. At what point in your life did you realize that music was your thing?

It was sort of a slow burn. There were a few times that I was so inspired that I was like, “I really need to check this out.” It’s always touched me in a pretty serious place. But I was a little more pragmatic about things. When I got done teaching, I just decided for the next two years, I was gonna be chill and play music full time and see if it works out. I knew I was gonna like writing songs, no matter what the deal was. That was in 2002. And by the end of 2004, I was opening up for Norah Jones in Europe.

You’ve said that some of the songs on the album were inspired by Levon Helm. I mean, I love Helm, but I’m wondering – what specifically about his music is inspiring to you?

We did a [Midnight] Ramble in 2010. It was just… it was a “Come to Jesus” moment. Give yourself over to it and not be concerned with anything that was going to be going on in that moment, and sometimes it’s a heavy burden to bear. Most of the time it’s a heavy burden to bear. He could let that happen and still not lose the moment. He taught me that it’s a constant reassessment. You always have to be keeping yourself real. You have to keep perspective on what your place is in the world.

Your songs seem to work from a very personal place, and you’ve enjoyed a lot of success for that – it’s something that reviewers and fans like to say about you, your songwriting appeals to people, it relates.

Amos Lee is at the Uptown Theater on Tuesday, March 4. Details here.