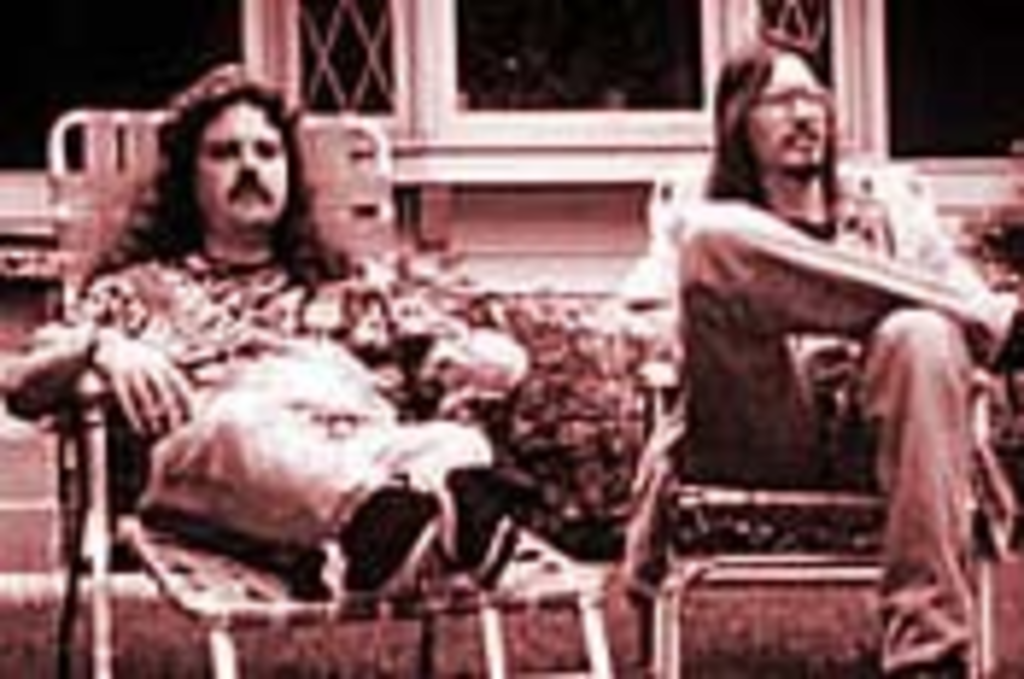 Every film school has one: a reject who shows flashes of talent but whose obsession isn’t with Jean-Luc Godard or Ingmar Bergman, instead it leans more toward George Romero, Tobe Hooper, and lesser-known directors whose projects splatter the pages of Fangoria. Milwaukee native Mark Borchardt is that guy, and the revealing documentary American Movie follows the 30-year-old filmmaker’s attempts to finish one of his low-budget horror flicks.

Like Ed Wood, this is the story of a man with debatable talent who is so artistically driven that his raw enthusiasm keeps him afloat when finances and ability conspire against him. Unlike the eccentric Wood, however, Borchardt is more representative of the common man. He is no different than the trailer-park stoner whose life is devoted to restoring his ’66 Mustang — only Borchardt’s passion is for moviemaking.

American Movie filmmakers Chris Smith and Sarah Price followed Borchardt for two years while he first attempted to complete a feature called Northwestern. As funding and helpers dwindled, Borchardt turned his attention to a half-finished black-and-white short called Coven. From preproduction to the editing process, his cinematic undertaking is expertly captured by Smith and Price. (It’s always fascinating to watch a great movie that is about making a bad movie.)

The documentary’s most amusing bits occur when they center on the actual shooting of Coven. Whether it’s a fight scene in which Borchardt must repeatedly smash an actor’s head through a not-so-breakaway cabinet or an argument he has over the actual pronunciation of his own film’s title. Throughout, he refers to it as “coh-ven,” with the full Northern emphasis on the “o.”

“It’s actually pronounced ‘cuh-ven,'” one of his actors mentions. “Not unless you want to put an umlaut over it.”

“A what?” Borchardt asks.

All through these scenes, Borchardt displays a curious mix of professionalism and amateurishness. For instance, he knows how to compose and edit a shot, but his dialogue is so atrocious and his subject matter so lurid that his material is inevitably dubious.

What is sad (and much of American Movie is quite depressing) is the lack of support and respect he gets from his more conservative family — though some of it is perhaps deserved. His relatives and friends don’t think he’ll ever complete a feature film, even though he continually manages to con them into helping him. His 4-year-old son runs camera on some shots, as does his mother, in between time spent cooking dinner.

But Borchardt does have some allies along the way, such as his best friend Mike Schank, a recovering alcoholic/druggie who plays guitar and the state lottery with equal conviction. Together, the mullet-haired, tattooed Borchardt and the doughy, poodle-headed Schank look like road crew members for a third-tier metal band. Schank has misplaced a few brain cells along the way, but he is so honest and harmless that by the end of the film his mere sight inspires laughter. (He also performs the guitar music for the soundtrack.) Equally memorable is Borchardt’s uncle Bill, who may have socked away a tad more money in his dilapidated trailer than he at first lets on. Ranging from surly to catatonic, the elderly Bill becomes the bankroller for Coven, and thus, its executive producer.

Smith and Price, whose prior credits include making the similarly themed American Job and being cinematographers on Michael Moore’s The Big One, strike a clear balance between knowing when to prompt the action with a question and when to simply let the events unfold on their own. As in Frederick Wiseman’s influential documentary High School (1969), their subject may say one thing, but what their camera focuses on often reveals the opposite.

American Movie‘s power stems more from its penetrating honesty than its humor. Since most of the comedy comes at the expense of Borchardt’s gang and the absurd situations they find themselves in, it’s hard not to laugh at them. But like This is Spinal Tap, the initially pathetic-seeming characters gradually become endearing. By the end of the film, one actively roots for them to succeed, for their struggle toward “unreachable” goals is something any dreamer should find universal. (R) Rating: 9