Amelia’s Bloomers encourages you to be present — and buy presents

Even in a room full of treasures from around the world — an intricate beaded hat from Africa, for instance, or a pair of delicate parasols on a white-lace bedspread, or a series of hypnotic Aboriginal dreamtime paintings — the first thing I noticed was Gina the Gypsy.

Sitting by the register at Amelia’s Bloomers, Deborah McLaren’s new boutique and vintage shop in Mission, the brightly colored, coin-operated machine features a grinning caricature of a fortune teller holding a crystal ball, ready to determine my future in love, career and luck. I dropped in a quarter, pressed my fingers to the sensors and waited.

I’d first met McLaren a couple of weeks earlier, when she was preparing for her shop’s mid-June opening. Sitting on a white couch beneath a large, metal palm tree, she looked tired but happy, her wispy blond hair framing her face as she turned the crank on a Buddhist prayer wheel. She explained how the ornate apparatus worked, rotating a scroll within to “recite” a prayer she translated as, “Allow the light from within to guide you.”

“I need to try it,” I said, and I plucked the wheel from the coffee table and turned the crank a few times. Doing this made me feel more peaceful somehow, even though I was pretty sure it was all in my head.

Even so, the shop’s calming effect was no accident. Creating a space where people can drop in to relax and unplug is important to McLaren. In addition to her shop, she plans to offer beverages and goodies to encourage people to kick back, stop rushing, work on art projects and put away their phones.

“I don’t have a cell phone,” she said. “Our culture is getting too separate. People aren’t participating in the moment.”

You’ll definitely want to be fully present at Amelia’s Bloomers — though no one will judge if you snap a Latergram. The shopping is top-notch, with high-quality new and vintage treasures artfully displayed around the room. Something fascinating lurks around every corner — kitschy platform heels featuring the Union Jack, for instance, or a shelf of intricate Asian urns, or a bright-red lobster-print chair. 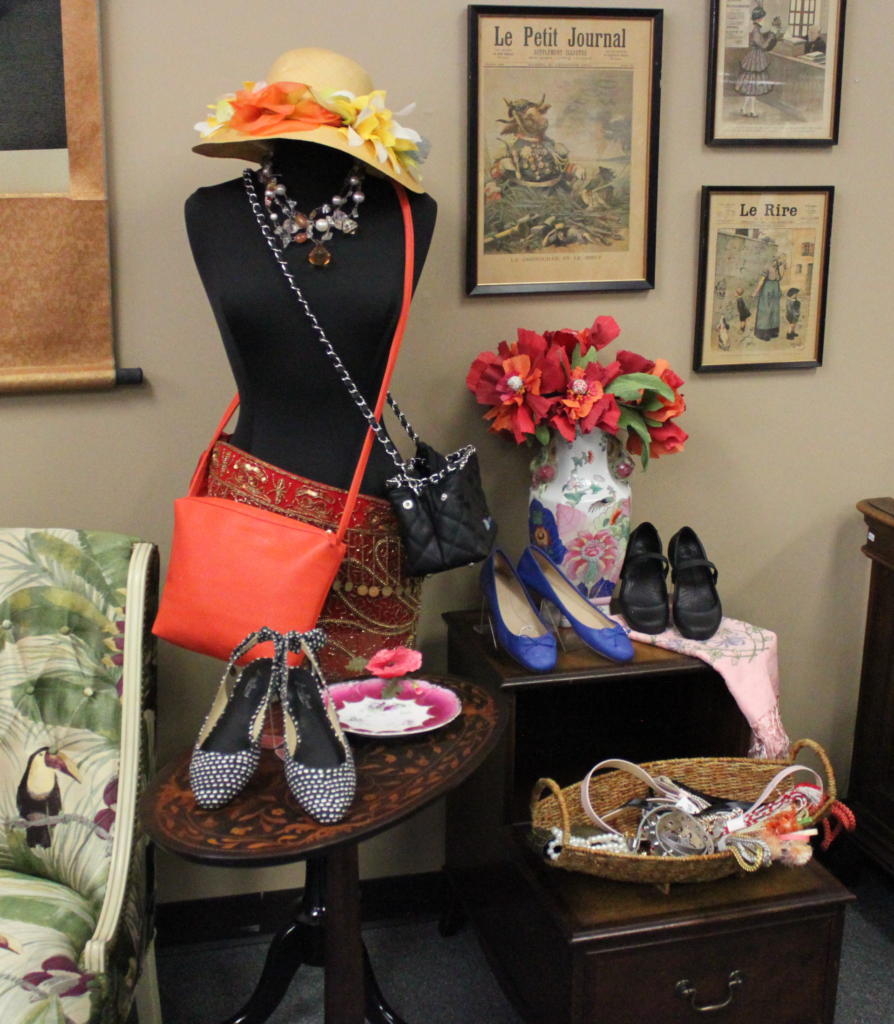 Cultured and well-traveled (she lived in Australia for a decade), McLaren discovered a number of these treasures herself. Amelia’s Bloomers is the place to find something for that picky friend of yours who has rolled her eyes at her last three birthday gifts.

McLaren also has an affinity for remarkable, well-made clothing, with items from Neesh by D.A.R., Nanette Lepore, Kate Spade, Krista Larson and Magnolia Pearl. Many of the brands she offers capture a sort of timeless, turn-of-the-century aesthetic and can’t be found anywhere else in town.

“They’re made with such attention to detail,” she said, holding up a lace Magnolia Pearl top that would have looked great by itself or layered with any of the other breezy, flowing blouses, dresses and skirts on the rack. “They’re one of a kind.” 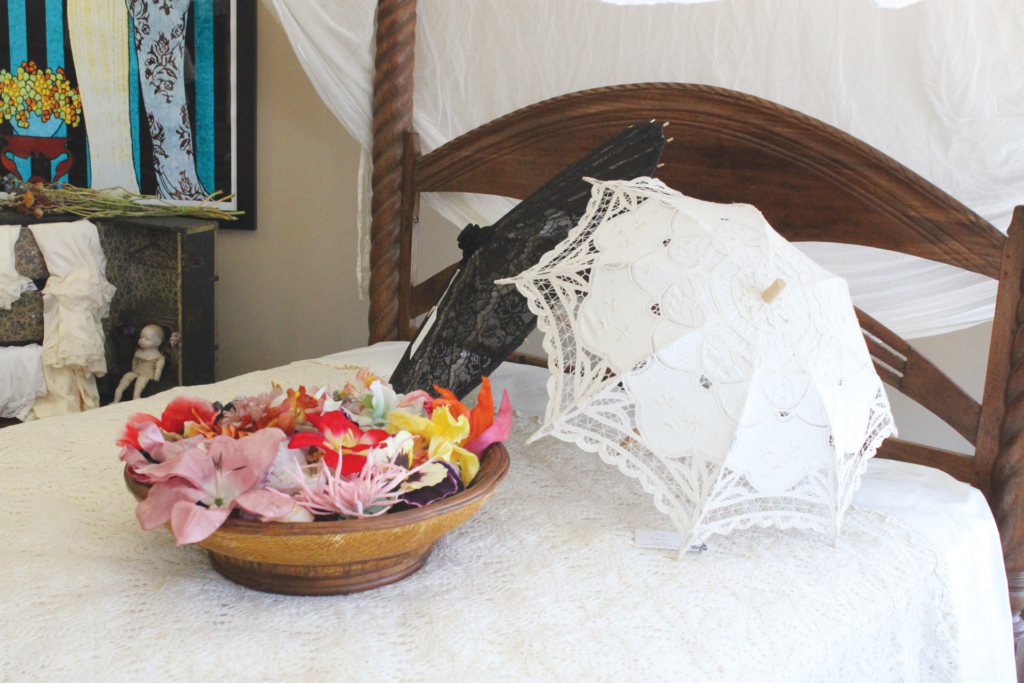 I agreed that spending a little more on high-quality pieces is wiser and more environmentally friendly than snatching cheap crap from the rack at every box store.

“And those only look good for a couple of washes,” McLaren added. “These you’ll have forever.”

If you look carefully, you’ll even find a couple pairs of bloomers — though the shop’s name is intended more as a homage to Amelia Bloomer, a 19th-century women’s rights activist, than as a shout-out to frilly, thigh-length undergarments. McLaren, too, is an advocate for women in the community, particularly those battling breast cancer, in no small part because she survived the disease a few years ago.

To support the American Cancer Society’s Hope Lodge, which provides free housing for patients traveling to Kansas City for cancer treatment, McLaren is donating 10 percent of her profits to the organization — plus all of the coins folks plunk in Gina the Gypsy.

Speaking of Gina, as I pressed my hand to hers, she told me I had a bright future ahead of me. Then she said I should buy a pair of big, dark sunglasses. I thought that sounded like solid advice.