Watch every cop car in the world burst into flames through the lens of a camera falling from a helicopter! 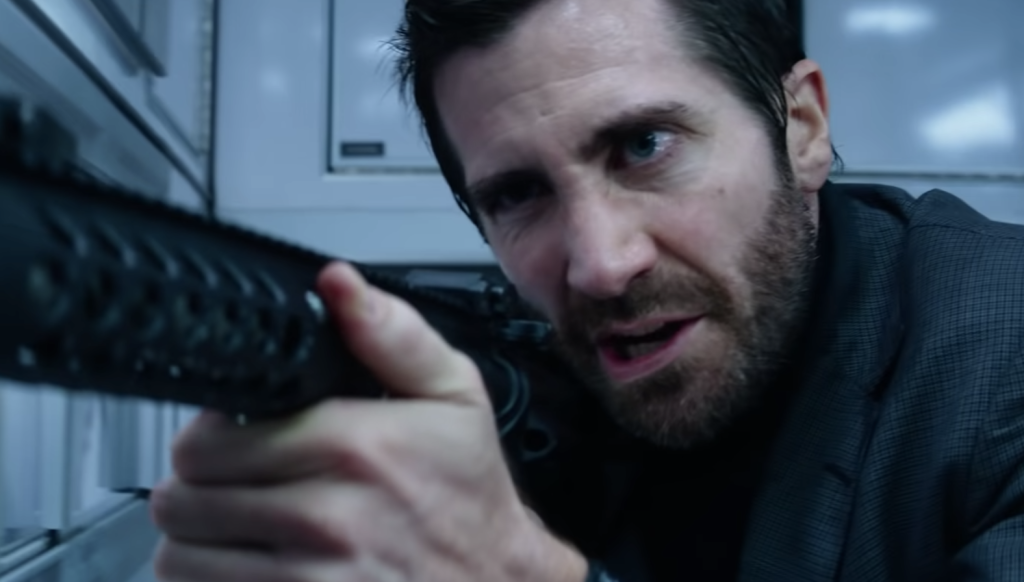 Michael Bay has been the processed-meat factory of the movie industry for the last 20 years. Transformers, Bad Boys, 13 Hours, and the majority of his directing catalog might as well be the same school lunch slop served over and over again, bringing Action and… little else.

Ambulance, Bay’s latest plop on the tray, however, smelled like something cooked with a bit more care.

Trailers for the director’s latest excuse for explosives set up a film with a claustrophobic premise: bank robbers escape a heist-gone-wrong in a hijacked ambulance. There’s a glimmer of something fun there, almost as if the challenge of a story even the slightest bit unique could force out something actually worthwhile. Although this film leans on the fact that it’s a remake of a 2005 Danish film of the same name, surely Bay can just let the source material do the heavy lifting.

The truth is, if Ambulance couldn’t be Bay’s first quality watch in decades, then I was hoping I could at least kick back and watch another so-bad-it’s-good movie—but it isn’t even that.

Ambulance lays on the gas quick, as former marine Will Sharp (Yahya Abdul-Mateen II) finds himself scrambling for enough cash to afford an experimental surgery for his wife, Amy Sharp (Moses Ingram). Out of options, he turns to his brother, a professional bank robber named Danny Sharp (Jake Gyllenhaal), before the two work to nab a $32 million score.

These early moments form an unoffensive rug that is pulled out from underneath the audiences’ feet only 20 minutes in, when Ambulance’s heist scene sees the film take around a dozen turns for the worse.

Following the action has never been such an insurmountable challenge, as camera movements drunkenly jerk, flip, and spin through set-pieces. Viewers are dragged, not guided, through a cacophony of car chases and gunfights, as Ambulance’s soundtrack stumbles through scenes with little thought.

The Sharp brothers’ heist then transitions into an on-the-road hostage situation with EMT Camille Thompson (Eiza González) and wounded cop Zach (Jackson White) held at gunpoint in the backseat. This is where most of the movie takes place—inside the confines of a small ambulance with four people who are obsessed with screaming, bleeding, and shooting guns. Sometimes, it’s all three all at once.

With so many scenes dedicated to Bay’s blunt take on action, the movie’s looming 2-hour-and-16-minute runtime feels like a personal attack.

The suffocating setting is one of Ambulance’s selling points but ends up being its greatest weakness thanks to Bay’s reluctance to offer any meaningful break from the action. Dizzying camera movements are now followed by shots so close to Gyllenhaal that you can smell his breath, and characters are forced to beg for growth in a movie hellbent on moving on to the next thing.

Abdul-Mateen II, Gyllenhaal, and González aren’t just recognizable faces—they often bring genuine talent to the table. But while Gyllenhaal has fun (maybe too much fun) as a despicable bank-robbing lunatic, most of the cast is given nothing to play with. It doesn’t help that Ambulance fumbles its tone with shoe-horned jokes and moments of levity that clobber viewers with insincerity.

One scene sees Abdul-Mateen II and González struggling to remove a bullet from the wounded officer in the backseat. An extended surgery where the bank robber and hostage must hastily work together to save a life is the closest Ambulance comes to finding its heart.

Unfortunately, that focus is blurred by the noise of cut-corners and gore that feels out of place. 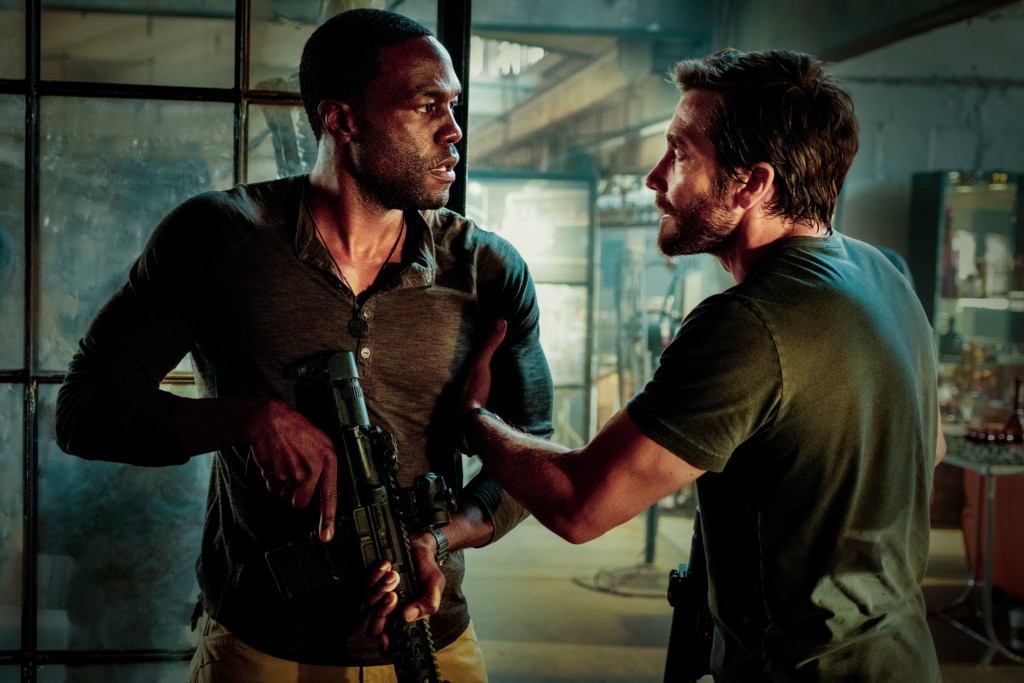 Missed opportunities rear their head again with Keir O’Donnell’s Anson Clark, an FBI agent who steps in to help the Los Angeles Police department control the unraveling situation. O’Donnell is Bay’s first openly gay character, but his sexuality is relegated to nothing more than a cheap joke about rosé and privilege. Ambulance remains yet another example of Bay’s embarrassing homophobic streak.

For everything Ambulance gets wrong—which is a lot—it is perhaps most disappointing as a missed opportunity. Bay’s hot pursuit setup had potential, and in another universe, could have served as a vehicle for his best work. Instead, Ambulance’s few flashes of interest are engulfed by characters, camera work, and pacing that will leave audiences seeing stars.

But at least it has a dog.