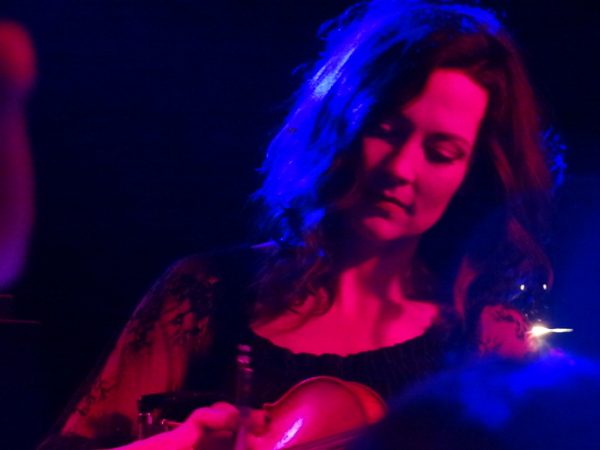 For the most part, Americana has outgrown shows at which crowds pack tightly right up front, close enough to touch a performer’s boots but happy breathing the same air. Last night, Amanda Shires revived the memory of an excited alt-country gig like that, packing the Riot Room’s main stage and leaving a slow-roasted audience content.

Shires, as a singer-songwriter and violinist, doesn’t automatically seem like a candidate to inspire perspiration. As she hit the stage wearing an elegant black lace ensemble, she was welcoming but a touch reserved. When she launched into “You Are My Home,” a somber, loving song (which just might refer to Shires’ husband, Jason Isbell), it seemed as if it might be a quiet Friday night.

Her voice was pure, landing perfectly, steadily, on every note, without the gravel, slides or gulps typical in country music. She sings with just enough dust to remind you that she grew up in Lubbock, though she told the crowd she’d spent part of her childhood in her “other homeland” of Kansas City, attending Red Bridge Elementary School.

But her second song, the sultry, violin-driven booty call “Shake the Walls” — with its siren appeal “Would you just come over and shake the walls of this this place?” — made it obvious that Shires and her band could do just that. From that point on, even as she dropped things to a simmer for the “When You Need a Train It Never Comes” or “Slippin’,” which sounded like Patsy Cline at her gentlest, the crowd just kept migrating closer.

Shires’ storytelling, especially in the odd-but-poignant “Bulletproof,” is a vital part of her songwriting. That song is a true tale of meeting a man called Tiger Bill in Florida, and having him give her a bag of supposed tiger parts (which she said she originally thought was weed) to make her “bulletproof.” It’s a funny meditation on what it would it mean to be protected that thoroughly — would it work against bows and arrows, hacksaws, hand grenades?

With “Bulletproof” and her rowdier songs, such as “Wasted and Rollin’” (maybe the first song to reference both the dizziness of exiting a Gravitron and the deafening nature of synthesizer violins), and the power ballad “When You’re Gone,” her band soared. 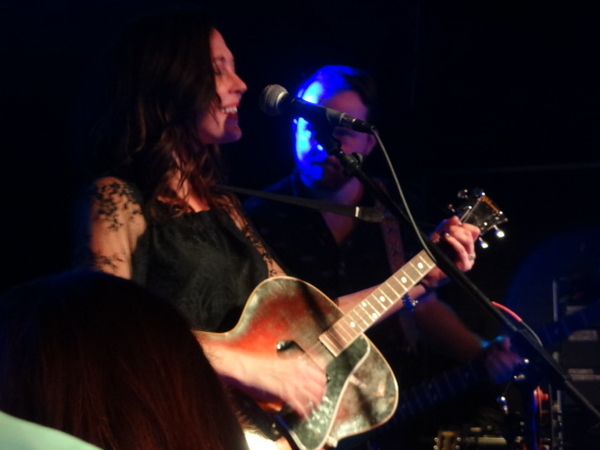 Shires grew up as a fiddler in the post-Bob Wills Texas Playboys and, later, with Billy Joe Shaver’s band, and she now is part of Isbell’s 400 Unit band. But with her solo material, her four-stringed instrument is wielded it atypical ways. The last two songs provided the perfect contrast. As she launched into “The Devil Went Down to Georgia” (“a special surprise just for Kansas City,” she said), she became a fiddler, even though when the band hit the “sounded something like this” solo moment, they launched into a funky, skank-a-lank guitar break that couldn’t have been less like Charlie Daniels. 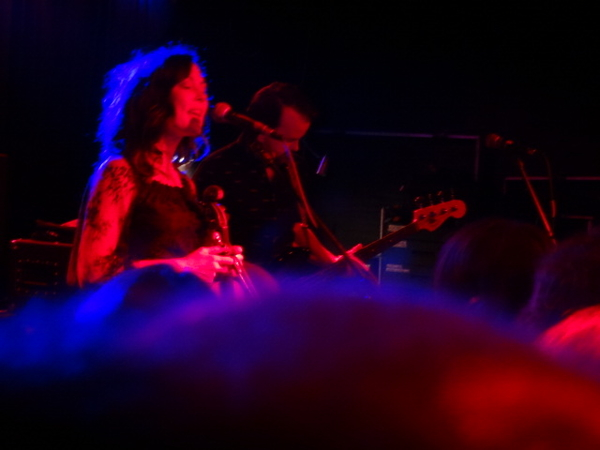 For the encore, the poetic “Look Like a Bird,” Shires’ violin was closer to a Rachmaninoff concerto than it was to a traditional fiddle. As she worked through the advantages of being a bird, including cold, tearless eyes that can see through anything, all of Shires’ abilities — as a songwriter, a breathtaking singer and a violinist who can just plain rock out — were on display. The next time she swings through town, she’ll almost certainly be on a bigger stage. For this one night, it was great to see her up close. 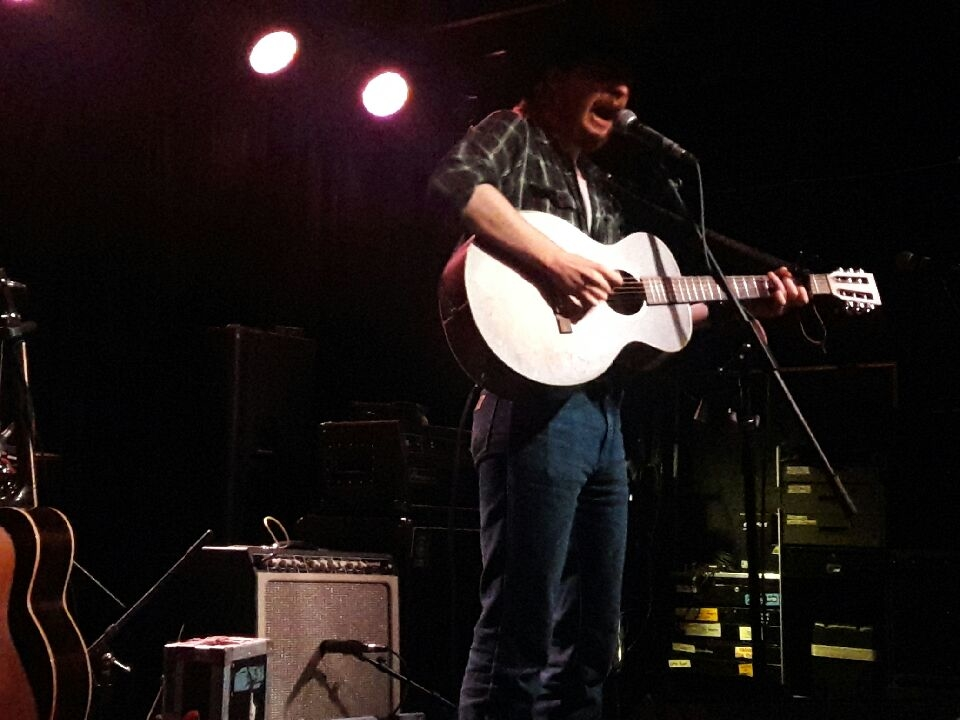 Leftovers: The opener, Saskatchewan native Colter Wall, was a terrific discovery. A slight man in a black cowboy hat, with a voice somewhere between Townes Van Zandt and Josh Turner’s deepest depths, Wall expressed at least a little bit of frustration that the world is full of “folk singers who don’t sing folk songs and country singers who don’t sing country songs.” He proved his credentials in both realms with Ramblin Jack Elliot’s “Railroad Bill,” a wonderful version Van Zandt’s “Snake Mountain Blues,” and his own closer, the drug-, coyote- and cigarette-laden original “Sleeping on the Blacktop.”

You Are My Home

When You Need a Train It Never Comes

The Way It Dimmed

My Love (The Storm)

The Devil Went Down to Georgia (Charlie Daniels cover)