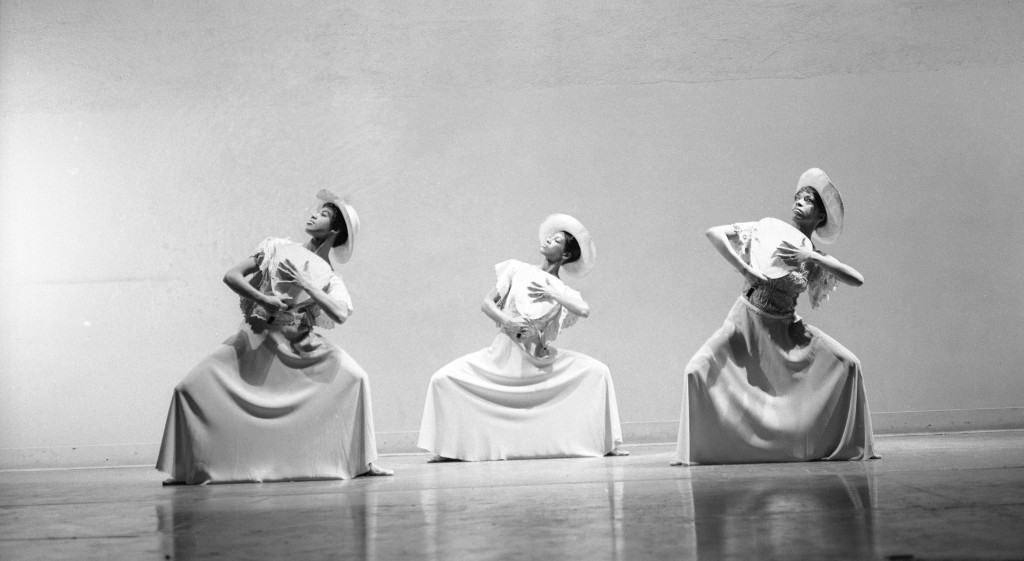 A photo from the film. // Courtesy Ailey

The first time filmmaker Jamila Wignot saw Alvin Ailey’s choreography performed, she was in college. Her campus’ Black student group got tickets to see a performance of the Alvin Ailey American Dance Theater in Boston, and she had no idea what she was in for.

“I had no expectations. I didn’t know anything about modern dance,” Wignot says. “I walked in a blank slate, and was completely captivated by what I saw on stage that night.”

Wignot saw Ailey’s “Revelations,” a piece that incorporates spirituals, gospel music, blues, and modern dance into 30 minutes of pure, bodied expression of the Black experience. The performance made Wignot a life-long fan.

“It gets at the essence of human emotional experiences, and seeing that in a multiracial dance group was very different for the time in the 1990s,” Wignot says. “There was not a great deal of access to Black art that was also extremely universal.”

Wignot pays homage to Ailey in her new documentary of the same name, which held its local premiere in August in partnership with the Kansas City Friends of Alvin Ailey. Ailey examines the life, art, and legacy of an icon who left a massive impact on the world of performance art, and a lasting footprint in Kansas City.

In 1968, the Alvin Ailey American Dance Theater’s touring brought them to our town. Tyrone Aiken, artistic director of Kansas City Friends of Alvin Ailey, says Ailey found inspiration in the city’s jazz roots. After making Kansas City the company’s official second home in 1984, the first piece he created was For Bird with Love, a celebration of KCK-born jazz great Charlie Parker.

“Kansas City Friends of Alvin Ailey was established in 1984 so that the company would be able to celebrate not just American jazz and African-American art forms, but modern dance,” Aiken says. “[The community] became a supporter by helping underwrite these ballets, providing an opportunity for the company to work through what they might look like when they made it to the stage.”

The company’s rigorous national and international touring is a strong component of Ailey. In the film, Wignot notes that many of the company’s dancers, including the Alvin Ailey American Dance Theater’s current dance corps, were inspired to join after seeing Ailey’s dancers on tour.

“It was always part of Mr. Ailey’s vision that dance was not a high elite form, but something that should be accessible to everyone; not just to perform on the coast but to find small regional cities, and introduce audiences to other choreographers whose work he was performing,” Wignot says. “He was very 21st century in his views on equity and access. He’d come to Philly, DC, some far-out reaches of the country, and that exposure is so significant.”

Aiken says that accessibility wasn’t just important in the sense of bringing art to the masses, but also in sharing an authentic expression of the Black experience to diverse audiences. 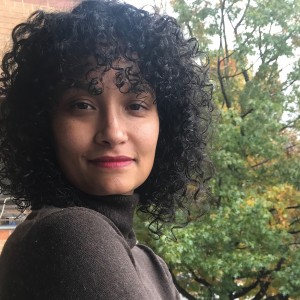 “Mr. Ailey said he wanted to make a company for his relatives,” Aiken says. “When Mr. Ailey brought the company here with Ailey II, we would take them to Lansing Prison. That was a connection for people who don’t always get to see art. We would take them to hospitals and schools. It’s this idea of what it is to be American, and to be African-American, and bringing it to people so they understand the beauty and humanity of the African-American experience.”

Aiken, a former student at the Ailey School in New York, says the film accurately reflects his memories of training under Ailey in the 1980s, as well as the choreographer’s larger legacy.

“The film did an incredible job of reflecting Mr. Ailey’s life and its impact on the world. There’s a real personal connection that people find with Mr. Ailey,” Aiken says. “At least for me, I saw him, as a student, as a bigger-than-life person in the sense that the school I was at was named for him, and this is an African-American company doing work that had in some sense been reserved for white bodies. Seeing someone reflect an African-American aesthetic and experience was really uplifting.”

In addition to Ailey’s accessible, identity-forward artistry, Ailey examines its subject’s inner contradictions; particularly the fact that, as a gay black man beginning his career in midcentury America, Ailey was never able to fully live his own identity in public. Wignot notes that, though he was loved like a family member by his dancers, Ailey kept a large part of himself closed off to others.

“I was surprised by the degree of removal that he had from the collaborators around him,” Wignot said. “There was a great sense of him as a generous spirit, someone who was all-embracing. In stories where people were in Mr. Ailey’s gaze, they felt seen. It was an interesting feeling of him not being someone who really allowed that to be reciprocated.”

“That was where we found the acknowledgment of his sexual awakening and struggles with mental health in his own words,” Wignot said. “The goal was not necessarily to bring in a great deal of analysis, but to experience it, to be with him on his own journey as he was discovering the arts and experiencing the struggles he did.”

Some of the personal struggles Wignot highlights in Ailey, echoed in an interview with choreographer and Ailey protégé Bill T. Jones, is a sense of burnout that Wignot says connects to her own feelings as a creative and a Black woman.

“It was a time when society was okay with the idea of there just being ‘the one guy,’ and he was the person who had to shoulder all this responsibility,” Wignot says. “We celebrate the idea of Black excellence, but the pressures around that are real and continue to be real. What you do in public is not just representative of you but of a whole race of people. That resonated with some of my own experiences. We’re having this moment of interrogating ideas of Black excellence, and that we’re allowed a space of self-care. We don’t have to be the superhuman figures that we feel we’re told to be.”

That sense of balancing mental health and engaging with difficult truths in art is reflected in Wignot’s framing device, which follows the current-day Alvin Ailey American Dance Theater troupe in rehearsals for Lazarus—a dance created by choreographer Rennie Harris to celebrate the company’s 60th anniversary. True to Ailey’s vision, the piece reflects the Black experience in ways that are beautiful and sometimes unsettling, as in a sequence where dancers represent lynched bodies.

“It demanded a real kind of emotional engagement to be able to embody the darker aspects of history that the dance charts, and the resistance that’s in it, the catharsis at the end, the endurance that dance requires—because it gets at life,” Wignot says of Lazarus.

She adds, “Dancers had to draw on their own life experiences that were extremely intense. Rennie and I, in a way, knew the work would have a kind of meta quality. There are universal themes that carry through of discovery, loneliness, isolation, and community.” 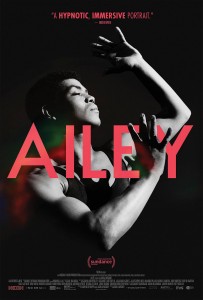 A poster for the Ailey documentary

Despite the sometimes painful subject matter, or perhaps because of it, Wignot says the modern-day rehearsal space was a safe place for dancers to work through their emotions, as it was when Ailey was alive.

“That was one of the most beautiful experiences, walking into that rehearsal room and getting a sense of the process for Rennie Harris in the present day. The rehearsal room is sacred. Work gets done, that’s where you face your fears, and you can work to build something that is beautiful.”

For Wignot, the most impactful aspect of Ailey’s life and his legacy in the modern iteration of the company he created, is the emphasis on identity and an individuals’ value: particularly in a cultural context where personal worth is frequently questioned.

“With Mr. Ailey, there’s a sense of recognizing that who he was and where he came from was valuable, mattered, and deserved to be staged here and abroad. ‘Can you stand in your own being and channel that through the work you present?’” Wignot says. “It’s a recurrent theme in his work and a lesson for me because it was something he was reminding himself of, as a black gay man where all of his identity isn’t celebrated together. He was reminding himself of his own worth and value.”

Aiken says that a rooted, confident sense of identity was important to him as a student at the Ailey school, and continues to be valuable now.

“You find that you have a space where you belong. That for me is how I look to Mr. Ailey and what he’s created for the world. It was a space where being African-American—leading from that place and making room for everyone—became so important,” Aiken said. “Alvin Ailey American Dance Theater was not about him. It was about American choreography, a repertory company, which means many voices, not just Blackness, but also the African-American experience for everyone. If you’re caucasian, Hispanic, whatever, there’s a place for you. That’s what makes his legacy so important.”