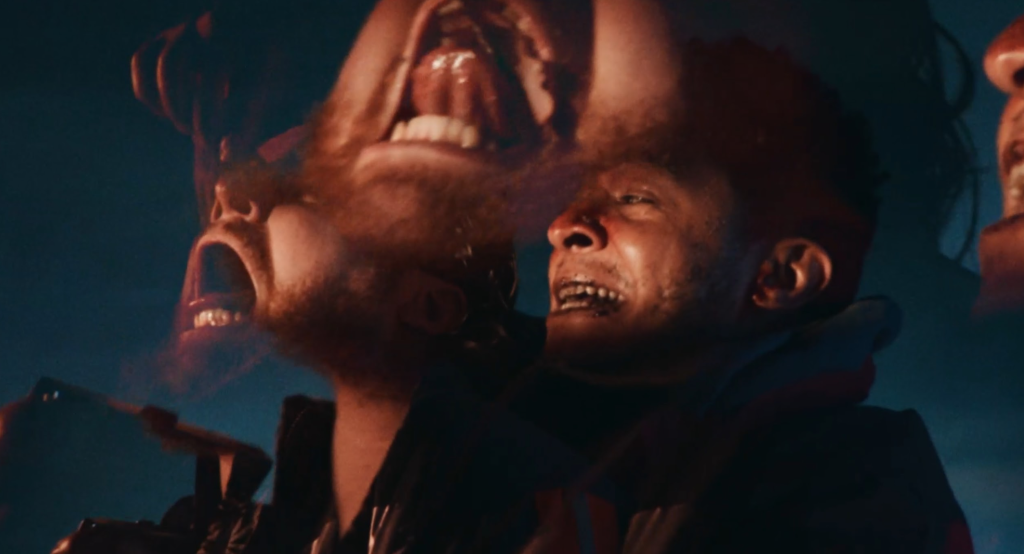 Coming November 8 to the horror streaming service Screambox is a 72 minute art film, or perhaps the opposite of an art film, or more accurately both.

All Jacked Up and Full of Worms follows Roscoe, a janitor for a scuzzy love motel, whose girlfriend has brought another man home for strange rituals, drifting through life until he discovers a hidden stash of powerful hallucinogenic worms. Guided by visions of a giant floating Worm, he encounters Benny, a moped enthusiast trying to manifest a baby from an inanimate sex doll. They fall in love with doing worms together on a downward spiral into the primordial ooze.

I’m operating from the official synopsis on that part, because I couldn’t tell you any of that *gestures* plot-stuff without some significant help. This is a case where story really doesn’t matter, because Worms is nothing but ~bad vibes~.

Director Alex Phillips is kind enough to gift us an hour of visual illness, delivered to your eyes like a virus to a computer. Juggalos and sexfilm meets tentacles and sooo many types of goo, it’s difficult to tell where the concept of a film ends and deep-learning A.I. body horror begins. It feels less like anyone planned to make this, and more like the film made itself with Phillips stumbling on it in a black-market VHS basement. If found footage as a genre actually insisted that it become lost footage, that’s this movie.

To say Worms is the embodiment of a bad trip is to do a disservice to just how explicitly nightmarish the experience in, from the big visual nonsense down to the deeply unsettling limited dialogue. Be warned that cueing this film up is the equivalent of taking a pill that you know will make you violently queasy, then washing that down with a bunch of strawberry milk. At some point, you’re just doing this to see how bad it can get.

This movie is strawberry milk, round two: highly recommended for a very, very specific kind of degenerate. The rest of you are pardoned. 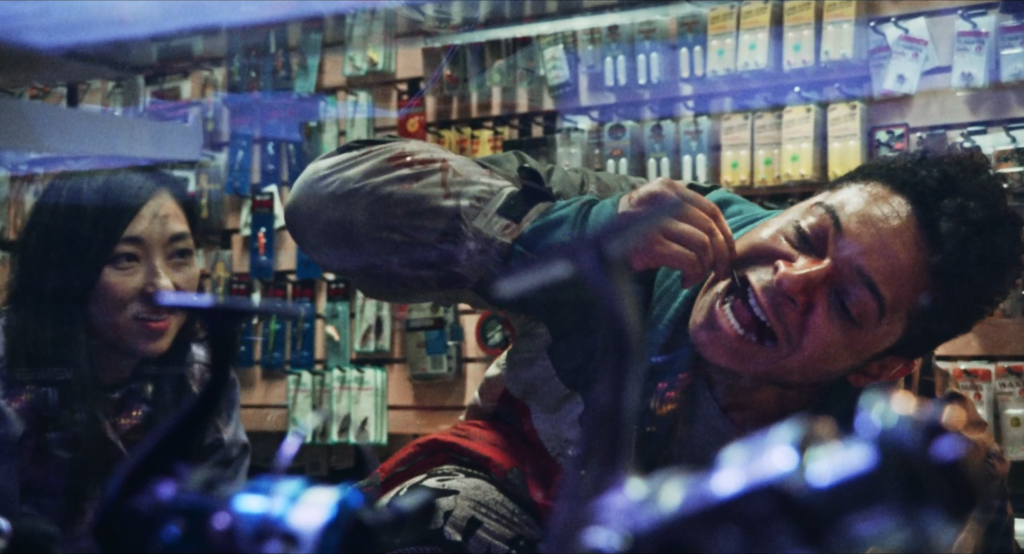