All Armajani, At Last 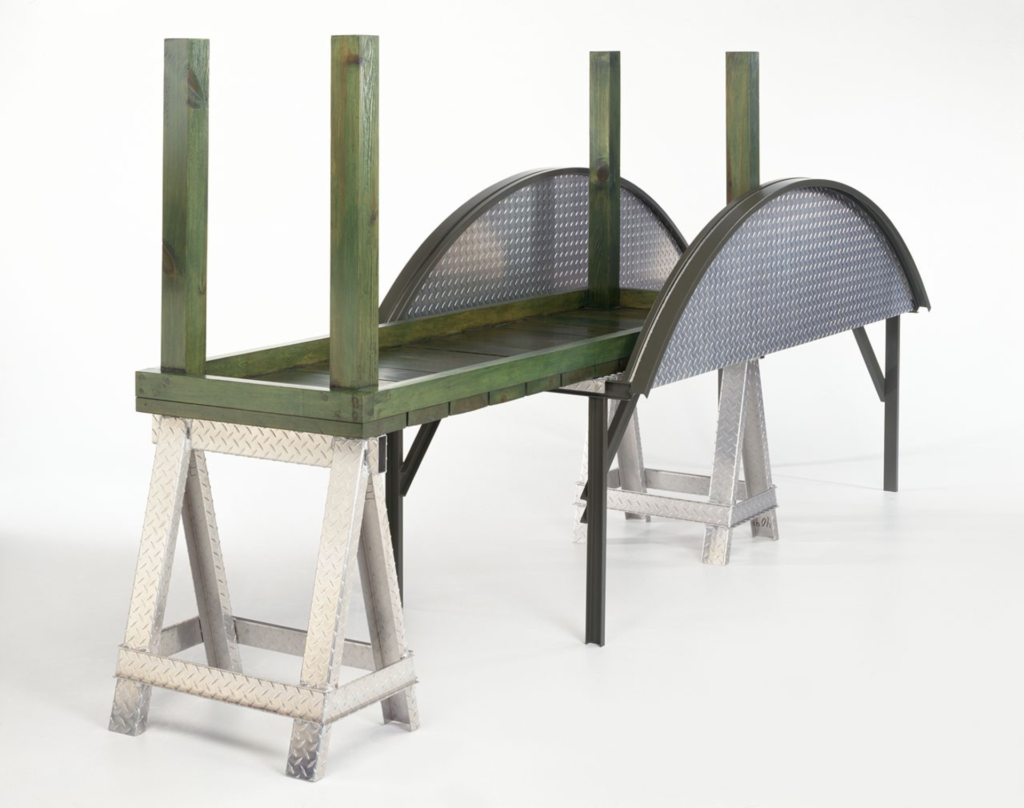 Today, the Nelson-Atkins Museum of Art (4525 Oak) presents its entire collection of work by Siah Armajani. Despite having been in the collection since the late 1990s, the 12 works have never been exhibited together. That’s a shame — but better late than never. And in this contentious election year, when war is an ongoing and often bitter topic, one can’t help but wonder at the Nelson’s timing for an exhibition titled Siah Armajani: Dialogues With Democracy.Armajani, a naturalized U.S. citizen of Iranian birth, is a major force in contemporary public art. He’s perhaps best known for his gorgeous Irene Hixon Whitney Bridge — a pedestrian bridge that crosses over the freeway in Minneapolis, linking the Walker Art Center and Sculpture Garden with downtown. Armajani’s sculptures emerge from his love of the language of architecture — houses, bridges, gazebos, doors, windows — and, interestingly, his devotion to Jeffersonian democracy. Armajani’s work underlines those ideals by being sites of convergence. Often described as “neighborly,” his works allow the interplay of humans by walking across a bridge or by gathering within a structure or a site (as in the plaza in New York City’s Battery Park). The Nelson’s Armajani holdings are on display in the Bloch Building through September 21. Call 816-751-1278 for more information.