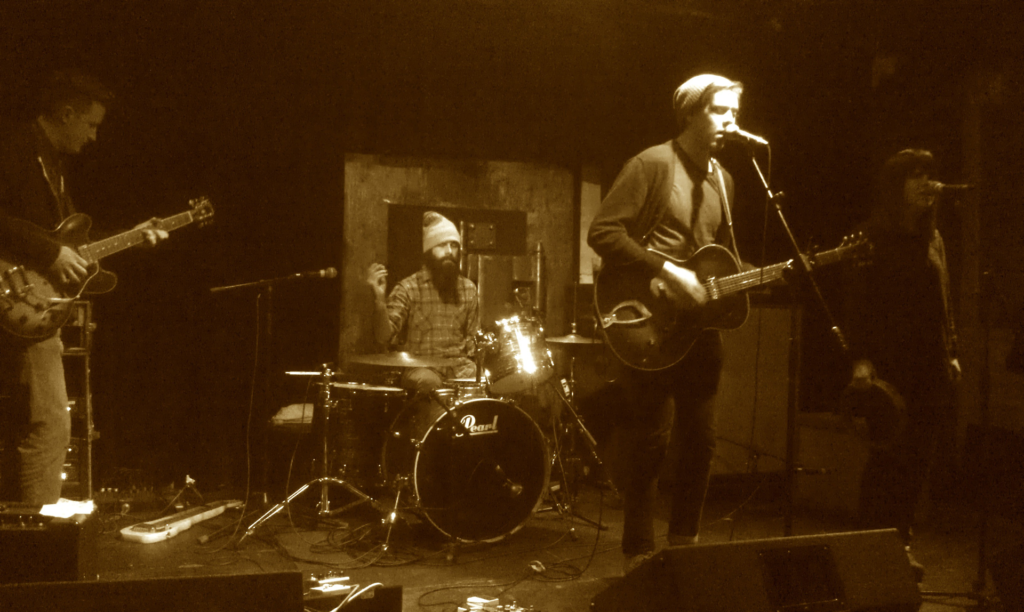 It was an early set on a cold night for a modest crowd at Czar, but none of that could detract from Akkilles’ performance as the opening slot for Fight the Quiet. Local hero David Bennett and his merry band filled the empty spaces with their own brand of folk pop – lushly layered vocal harmonies supported by rich, reverb-drenched guitars with a subtle percussion backbone. Throw in blue stage lights, and the scene became dreamlike.

After the first song, “Your Ghost,” Bennett opened up to the crowd, joking lightly: “Things got visceral there. I looked up and saw the Hercules trailer and just felt it.”

The next two songs, “Your Only One” and “Leave Your Love,” were from last year’s Something You’d Say, but the rest of the set was new material. They made the most of their 30-minute set, getting in seven songs, including an intimate “Brotherhood of Man,” with only Bennett and vocalist Rachel Pollock on the stage. Drummer Isaac Anderson joined the two for “Let You Down.” Lead guitarist Jeff Larison came back to end the set with “Meet in the Middle,” which is about vegetarians, according to Bennett. 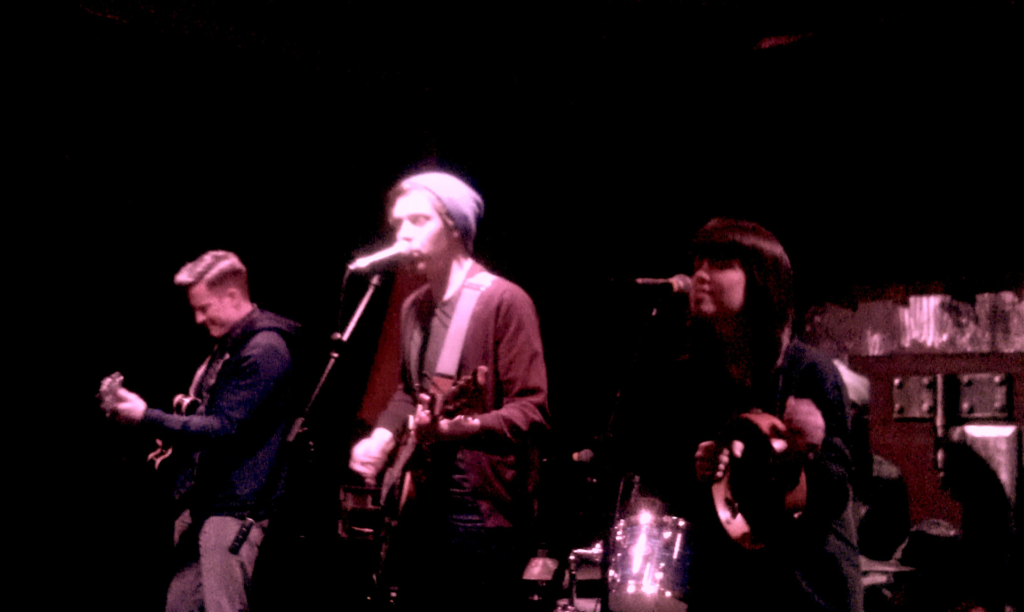 The year 2014 should be a big one for Bennett. As of today, the full band is heading to Rock Island, Illinois, to record a Daytrotter session, which will broadcast the local talent to a broader audience.Talking after the show, Bennett was very happy about how far the band has come together. There’s also new material in the works: Bennett’s going to be recording at Element Recording Studios, hoping to have two more EPs out by the time he does a tour around the greater Midwest later this year.

And though I was mostly there to see Akkilles, I felt it worth the time to stick around for Arizona’s Fight the Quiet and Avenue 17. Fight the Quiet had some early sound issues to play some straightforward radio-ready rock. During their set, they obviously had to bring up the fact that Arizona is currently experiencing near record high temperatures, but that didn’t stop them from loving Kansas City. They’ve played the town a handful of times in the recent past, and shared a little goodwill and gratitude with the audience.

As a band, Fight the Quiet came off tight and well-polished. They even did a true-to-the-original cover of Tom Petty’s “American Girl,” which was strangely delightful. Their single “Secrets” is actually pretty catchy:

Avenue 17 was the surprise of the night, with energetic power pop in the vein of Arctic Monkeys or Tokyo Police Club. Somehow the vocals seemed to have an affected British accent, even though the youngsters are from Kansas City. And I mean youngsters – each member had the underage X on their hands.

Akkilles Setlist:
Your Ghost
Your Only One
Leave Your Love
Pressure Kills
Brotherhood of Man (innocence mission)
Let You Down
Meet in the Middle