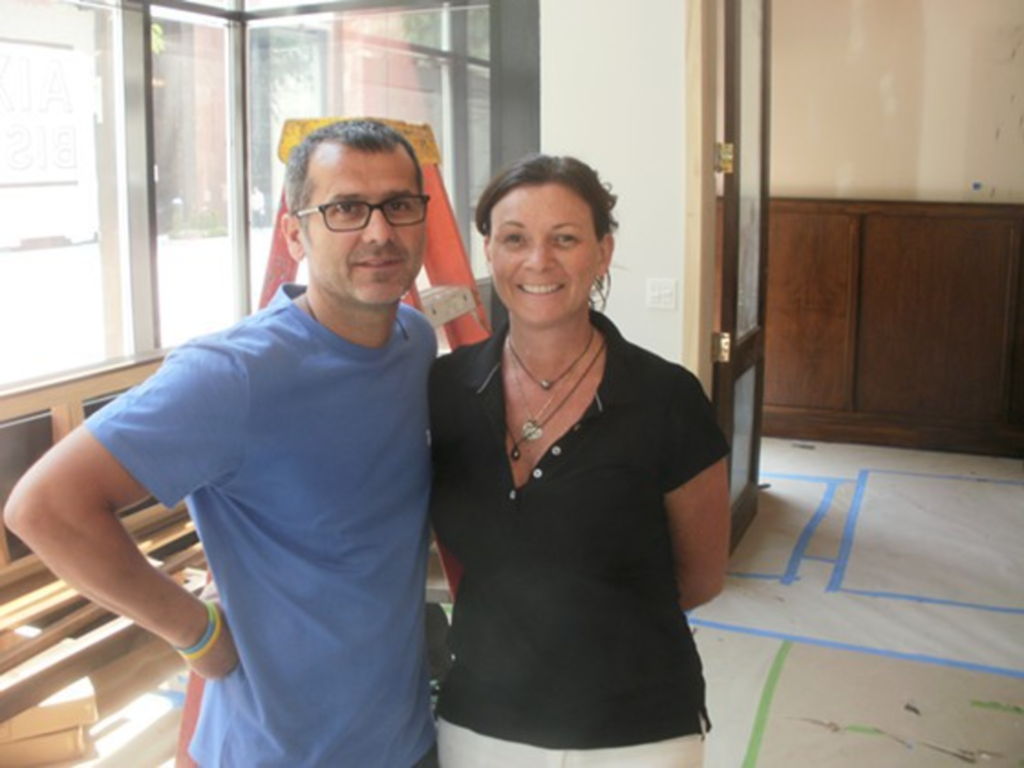 Megan Langlade, the Brookside restaurateur who operates Aixois Restaurant with her husband, French-born chef Emmanuel Langlade, shows me a photograph on her cell phone: 13-month-old Charlotte, the couple’s fifth child and first daughter. “She was a surprise,” Megan says, “a very happy surprise.”

This year, the Langlades are giving birth only to a new restaurant. “I’ve been wanting to open a second location for some time,” Emmanuel says. “I just didn’t know when or where.”

The where is finally a known commodity: downtown, in the Commerce Bank arcade at 1000 Walnut. Formerly occupied by a pizza joint, the location of the new Aixois Brasserie – it’s scheduled to open before the end of June – is a stylish, sunny room with high ceilings. The space was completely gutted for the Langlades, who installed a sleek new kitchen (it’s bigger than the Brookside Aixois), dark wood flooring and woodwork, a striking white marble bar (the stone was found in one of the bank’s basement storage units) and handblown globe light fixtures disvovered by Dolphin Gallery owner John O’Brien, who has been an instrumental figure in designing the space.