Airness, an air guitar comedy, to premier at KU Oct. 1 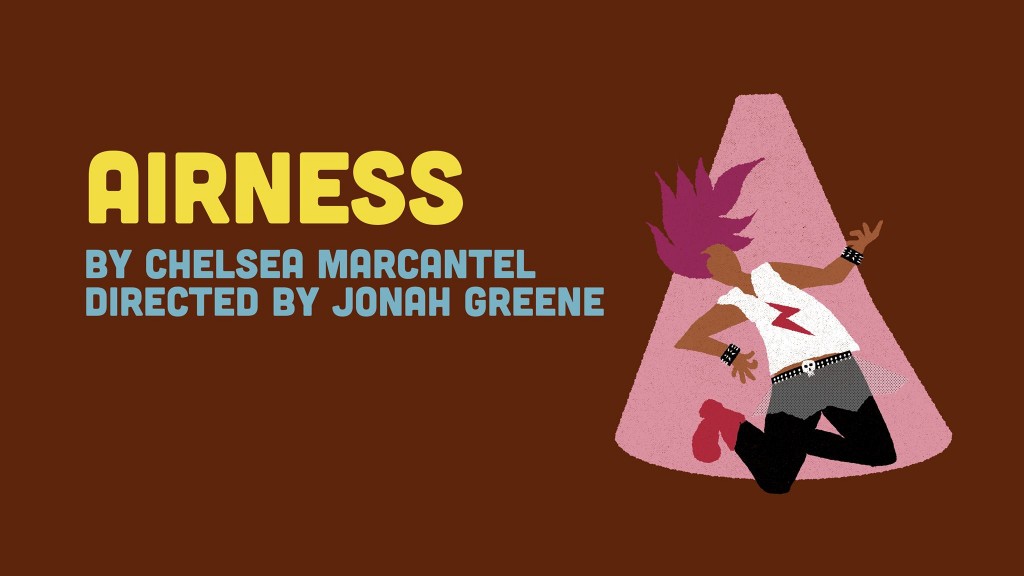 A comedy about the lives of competitive air guitarists will hit KU’s William Inge Memorial Theater Oct. 1-3 and 5-7. Directed by KU doctoral student Jonah Greene, Airness—written by Chelsea Marcantel—provides “comradery and escapism as the spotlight shines on the lifestyle of air guitarists and the culture surrounding the competition.”

“It’s the return to live theatre that we’ve all been craving,” says Greene. “It’s a show about the pure, unbridled joy of live performance, the visceral experience of dancing like you’re alone in your room, but instead you’re on stage in front of a screaming crowd. It’s also about the transcendent nature of creating something out of nothing.”

Adding authenticity to the performance is Kansas City-based air guitarist, Beth “CindAIRella” Melin, a three-time U.S. national finalist who competed in the Air Guitar World Championship in 2015. Melin coached the cast and turned them into bonafide air guitarists themselves.

“Air guitar is harder than it seems. I’m most proud of how the cast has approached the show with a positive attitude. They are working hard to tell the story truthfully but are also excited to simply entertain our audiences. We’ve all had so much fun working together, and I know our audiences will feel that same joy,” Greene says.

Tickets can be purchased here at $10 for children under the age of 18, $15 for KU faculty and staff, and $20 for general admission.