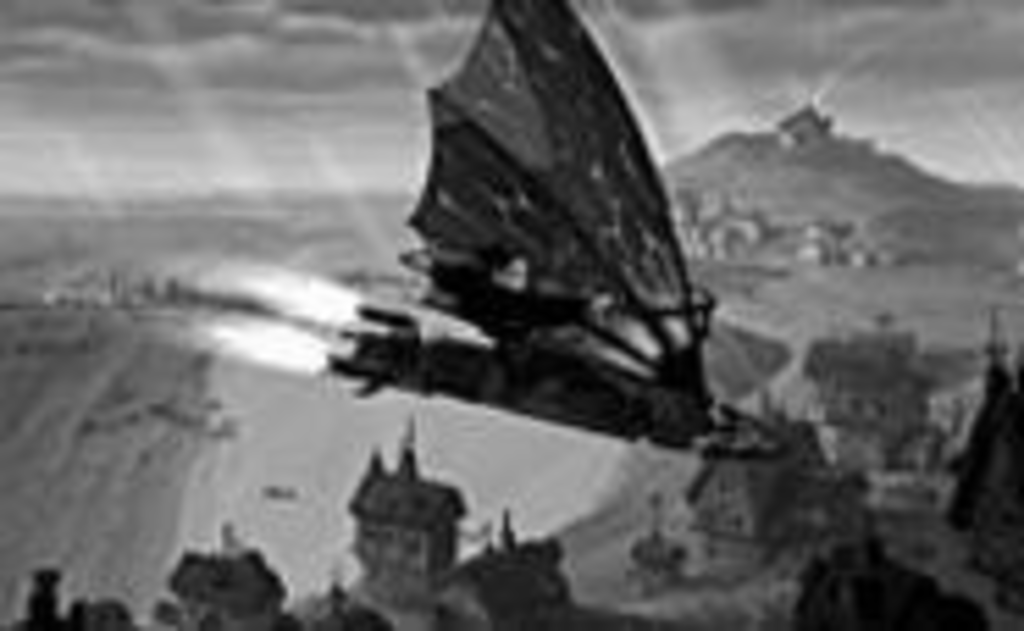 It’s doubtful Robert Louis Stevenson imagined his Treasure Island populated by cyborgs and scored to Goo Goo Dolls outtakes; and one has to wonder what the author would have made of his characters’ being turned into talking and walking dogs and cats who, gulp, copulate and reproduce mangy hybrids. Far as I recall, there were no galaxy-galloping black holes in the original tale, no crescent-moon space stations, no ships sailing on cosmic winds, no room-sized hologram maps of buried treasure, no shape-shifting green blobs with impish personalities. But why squabble over setting when there’s great fun to be had aboard Disney’s latest bit of giddy revisionist animation?

Treasure Planet is one more bit of Classics Illustrated to be plundered by Michael Eisner’s pirates, joining the likes of last year’s Atlantis: The Lost Empire, Tarzan, The Hunchback of Notre Dame and Pocahontas. Accordingly, look for Treasure Planet games for PlayStation 2, GameBoy Advance and PC from Disney Interactive. The movie apparently comes from Disney Hyperactive.

Without question, Treasure Planet dazzles and delights, even if it also does all our thinking and dreaming and oohing and aaahing for us. This is why kids will never again read anything (except Harry Potter doorstops); how can black words on a white page ever live up to their widescreen expectations? Even Disney is aware of this, though it’s hard to know what to make of the opening scenes, in which young Jim Hawkins (voiced first by Austin Majors, then by 3rd Rock from the Sun‘s Joseph Gordon-Levitt) is seen “reading” a three-dimensional pop-up book that looks just like the film we’re about to see. It’s doesn’t feel like a knowing joke. Nor does most of the movie, which takes its broad comic cues from Frasier‘s David Hyde Pierce, as the clumsy, canine-featured Doctor Doppler, and Martin Short’s obnoxious B.E.N., a robot that appears to be the distant cousin to Futurama‘s wise-cracking Bender. In an almost-great film, they merely grate.

Once more, Disney gives us a protagonist from a broken home: Jim’s dad has disappeared, and his put-upon mother, Sarah (Laurie Metcalf), is stuck running a pitiful inn — straight into the ground. Jim is as reckless as he is restless, piloting his airborne surfboard into endless trouble with robocops; he’s not a little bit reminiscent of Luke Skywalker, hoping to pilot his bored behind off the miserable rock he calls home.

Jim gets his chance when a monstrous stranger deposits an orb that casts a magnificent treasure map, his golden ticket to endless riches. It also comes with a warning to beware the cyborg, who turns out to be one John Silver (Brian Murray), not merely a villain but also Jim’s would-be surrogate father — the Darth to his Luke. There’s also a would-be mother, Captain Amelia (Emma Thompson), dolled up in thigh-high boots and an imperious wardrobe that suggests she’s quite good at purring orders. You get the feeling when underground cartoonist Robert Crumb goes to sleep, this is what he dreams about.

Unlike, say, Atlantis, with its cobbled-together mythology, Treasure Planet offers no narrative surprise; it’s a boy-seeks-treasure tale even older than Harrison Ford. But codirectors and writers John Musker and Ron Clements (The Little Mermaid, Aladdin, Hercules) dress it up so marvelously that you’re sucked into the screen and forced to confront the fact that at their best, these filmmakers can make the two-dimensional astonishingly warm and full-bodied. It’s Captain Blood by way of N.C. Wyeth (who illustrated one of the myriad versions of Treasure Island) by way of Nintendo. If someone would only have pushed John Rzeznik, provider of bad alterna-ballads, and Martin Short off a very short plank. Then, you’d really have something.