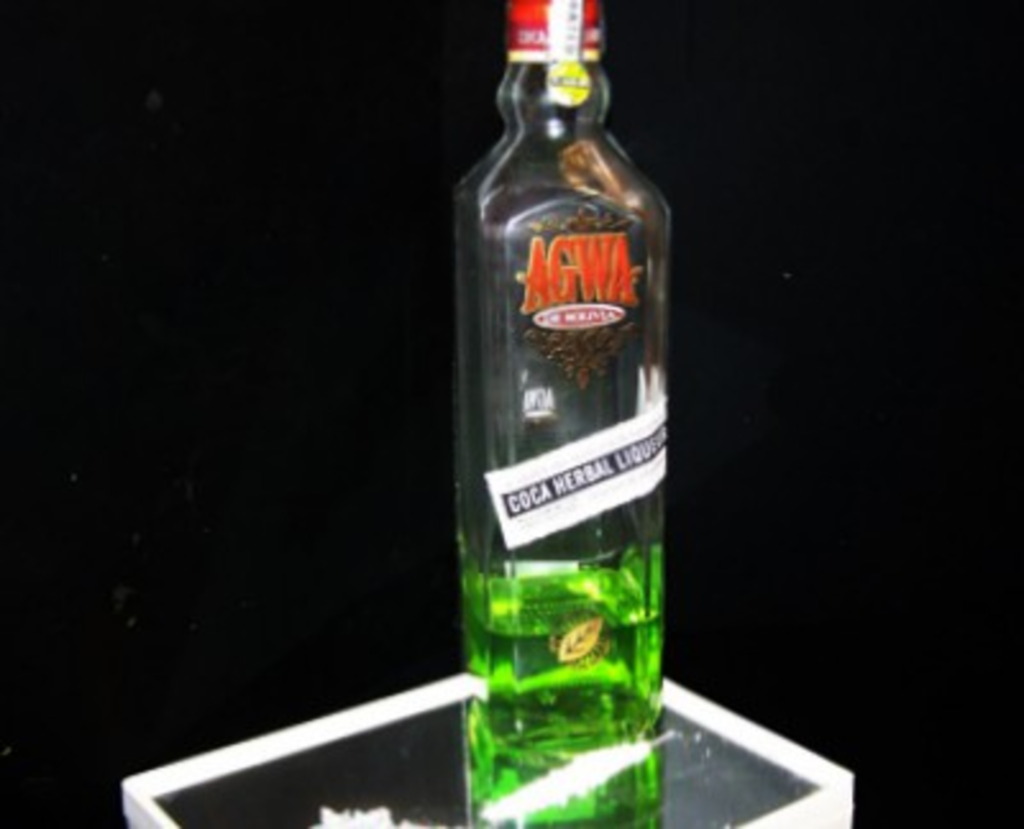 For the past week, I’ve been drinking this liquor, AGWA de Bolivia, that’s making its way to bars in the area. AGWA’s main selling point is that it’s made from “only the finest coca leaves” grown and selected in Bolivia (wink). Unlike other liquors, this one claims to give you tons of energy, even make you jittery (wink, wink). Sometimes it’s even sold with a mirror and a white powder — lime salt — that you cut on the mirror and then snort suck through a straw. (Wink, wink, nod, nod.)

Those winks and nods aren’t mine, but rather those of Babco, the beverage/marketing company that sells it. Though they never actually say the word “cocaine” they do everything to imply it short of showing a picture of Pablo Escobar holding a bottle. While AGWA is one of two drinks licensed to use coca leaves (no points for guessing the other licensed company) the average $100 bill has more blow than AGWA. The liquor contains no cocaine but it does have a “special blend of herbs” that the company says will keep drinkers alert far later than normal.

If ever there was a reason to party late in the name of research this was it. I called up a few friends, told them I’d just received a gift from Bolivia and asked if they’d be interested in sampling it. Results after the jump.