After Kansas City spent millions for a developer to keep a business park from flooding, the water and money are still flowing 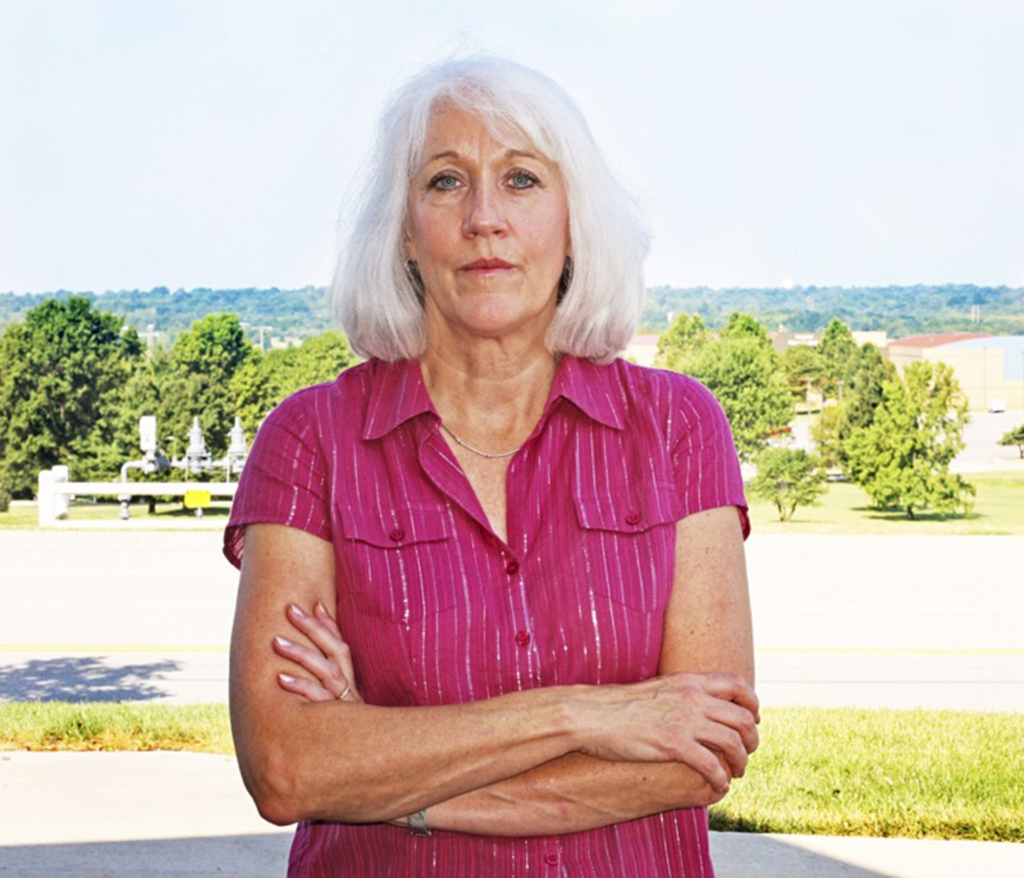 Debbie Goodall, president of Metropolitan Community College–Business and Technology, once arrived for work in the back of a pickup truck.

It was about five years ago, on a morning of heavy rainstorms. The Business and Technology campus sits deep inside Executive Park, a collection of commercial buildings perched on lowlands near Interstate 435 and Front Street. On her way to work that day, Goodall turned from Front Street onto Universal Avenue, Executive Park’s main drag. But a nearby drainage canal had rushed its banks, flooding Goodall’s route to campus.

Luckily a nearby parking lot was built on higher ground. From there, she caught a ride with a campus maintenance man, who spent that day using his truck like a water taxi for stranded staff and faculty. Goodall eventually made it to her desk, but classes were canceled. “We don’t want students trying to navigate that,” Goodall says.

Executive Park nestles up to the Missouri River. It doesn’t take an engineering degree to see that the area might be prone to flooding. The noteworthy thing — the enraging thing — about the development is that a plan exists to keep the area dry. It has existed for years, in fact, along with the money to fix it, and to keep businesses like the community college from suffering through floods when the skies open on eastern Kansas City, Missouri.

It started in 1991, when the city agreed to subsidize an expansion of Executive Park. City officials went into the deal thinking that taxpayer money would be used to construct a pump station near the river, keeping the floodwaters at bay. But the pump station was never built. Instead, the developer simply scooped out drainage ponds, which were cheaper.

Most of the time, the ponds and the canal can handle the stormwater. But not always. And when the water comes, it wreaks havoc on the area. After one storm, a customer visiting a business in the area had to take refuge on the roof of his truck, says Joe LaMothe, the president of a warehouse company at Executive Park.

The prospect of customers and suppliers not being able to reach their doors — or getting stranded once they do — obviously irks business and property owners at Executive Park. They’ve “pressed, lobbied and begged” Universal Land Development Co., the company that developed the area, to better address the flooding, LaMothe says. But the company ignores their pleas. “The best way I can describe the developer is an absentee developer,” he says.

It’s one thing to have a landlord who won’t come over and look at your leaking faucet. But in this case, the inattentive property baron is also receiving a government stipend. Universal Land Development Co. has received a total of $13 million in subsidies. And the company is in line to receive additional money, a final payoff for a job not done.

But in the early 1970s, Alvin Dworman, a financier and developer based in New York City, proposed the idea of building a business center on the farmland. He created a company, Universal Land Development Co., which began developing Executive Park almost immediately. In addition to warehouses and distribution centers, Executive Park features a 5-acre lake, which is ringed by an office building, a hotel, and a nautical-themed restaurant and bar called Smuggler’s Inn.

In the late 1980s, Dworman wanted to enlarge Executive Park. But rather than pay for all the upgrades, the company asked the city to assist the expansion with tax-increment financing (TIF), which funnels tax revenue to developers who venture into blighted areas.

The subsidies are used often in Kansas City, Missouri, and just as often are criticized for stretching the definition of “blight” beyond all meaning. Developers have argued that such things as one-way streets, government buildings and unrented billboards represent blight.

But Executive Park’s fragile position next to the river did not need to be embellished. In this case, there was obvious blight: pools of standing water during hard rains.

The city’s Tax-Increment Financing Commission, made up mostly of mayoral appointees, approved Universal Land’s plan, and the public money flowed. In the last 19 years, City Hall has doled out $7.5 million for work related to flood control and site drainage at the business park. But while that money has gone to keeping the area dry, the developer has failed to cure the blight that qualified it for the taxpayer dollars. The floodwaters keep coming.

That didn’t stop Universal Land from asking for even more taxpayer money in 2000, this time to spruce up an exhibition hall and the lakeside Park Place Hotel, which was fast on its way to becoming a truckers-only kind of place.

It was pointed out that the company hadn’t accomplished what it was supposed to with the first round of funding: Build a pump station to suck water out of the business park. But Jim Wiss, the managing director of Universal Land, blamed the construction delay on changing federal guidelines, The Kansas City Star reported. (Wiss did not return The Pitch‘s calls.)

“Changing federal guidelines” might seem like red tape that a developer could easily cut through if required. But the city lapped up the developer’s excuse. Records show that Universal Land received $5 million in subsidies to improve the exhibit hall, which was known as Kansas City Market Center before Metropolitan Community College purchased it in 2001.

It was, by all indications, another example of the city acting on the whims of private industry. The agreement known formally as the Universal Floodwater Detention TIF mutated into a program in which a developer could stick the public with the cost of a remodeling job.

Public officials have finally responded to complaints from Executive Park business owners, who want stormwater control to become the priority again. The city and the TIF Commission are trying to wrest away Universal Land’s development rights. But the TIF Commission still owes the developer $1.5 million, and the developer plans on getting paid before it recedes into the background. (Universal Land has sold or lost in foreclosure a number of its original Executive Park properties.)

At a meeting earlier this month, Joe Gonzales, the TIF Commission’s executive director, argued that the developer had defaulted on the original agreement with the city. But the company showed up with even more excuses, sending a lawyer to counter that the tax revenue generated by the plan just wasn’t enough to build a pump station. “It’s not that people didn’t look or try,” he said.

In the end, Universal Land is going to get the money it was promised; the pump station, it turns out, was more of a suggestion, leaving the TIF plan too vague to void. The city, meanwhile, is stuck spending even more public money to keep the area dry. Officials are preparing a bond sale to raise money to pay for new sewers and to renovate a pump station upriver from Executive Park.

When the work is done, people in Executive Park may finally be able to rely on dry streets. Too bad so much public money had to drift downriver first.