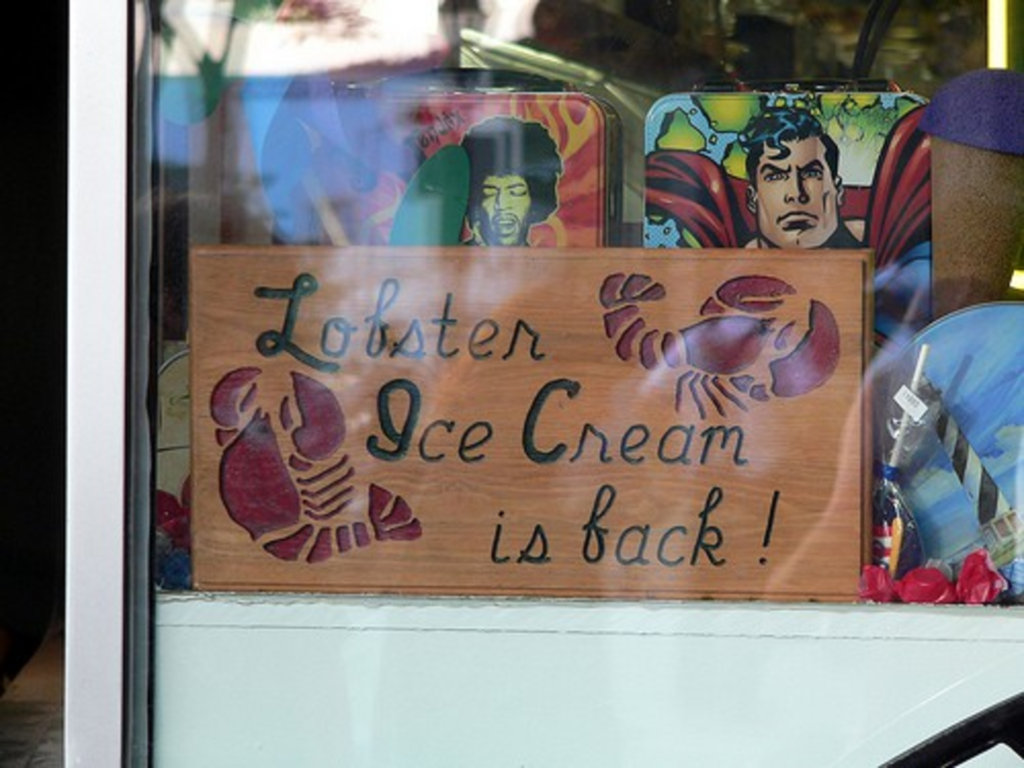 This is the time of year when ice cream always sounds good. However, some of the offerings uncovered by Better Homes and Gardens might not sound as appealing. Ice cream is apparently the next frontier for unusual tastes.

At first the list is tame, with flavors like sweet corn and grilled potato. Corn seems an easy leap for cream; after all, its natural summer sweetness works well in cold soups and risotto. And, naturally, bacon is now an ice cream flavor — why now, since Whole Foods sells a bacon-studded cheddar cheese and there’s even bacon lip balm on the market.

Although BHG still acknowledges that the unlikeliest ice cream flavors (at least for American tastes) are found in Japan, where chicken wing and pit viper ice cream are among the sweet and savory options. If you have any doubt, just watch Bizarre Foods’ host Andrew Zimmern try octopus, snake and beef tongue ice cream.

“This smells like seafood yogurt,” says Zimmern. It only gets worse from there.

Since most of these flavors are not likely to hit Kansas City’s shelves any time soon, you’ll have to experiment at home. But rather than pureeing extra squash or attempting to bring together a burnt end sundae (which doesn’t sound half-bad), you might want to start with ice cream sliders.

The faithful recreation of mini burgers in ice cream form with puff pastry “french fries” and strawberry puree “ketchup” looks like a winner for even the most vanilla of palates.