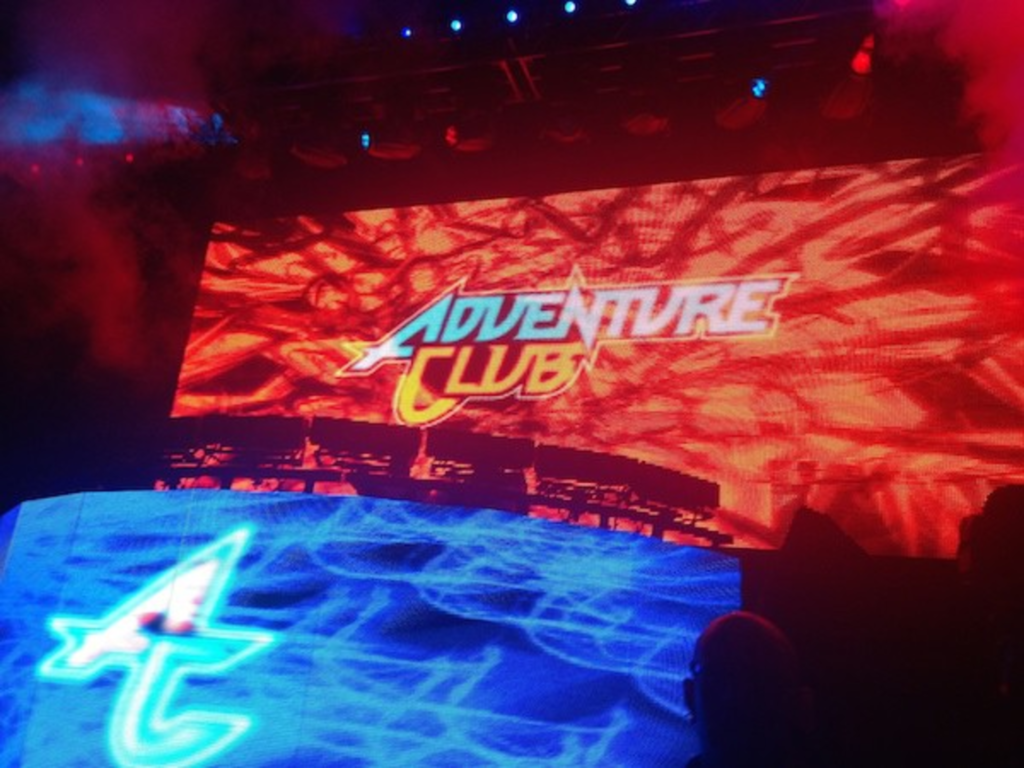 Last night, the Midland was transformed into smokey, trippy wonderland filled with what can only be described as characters. Wolves, foxes, masked men and neon ballerinas flocked to the stage to trade bracelets and rave. Bodies thrummed with bass to Adventure Club’s two hour-long set, allowing Christian Srigley and Leighton James to guide the crowd on its vision quest.

Gushy orchestral music opened their set, swirling across the dark DJ booth with calculated suspense. The first drop was preceded by an increasingly faster drum beat punctuated with purple strobes. When the beat dropped, all of AC’s screens flashed on, displaying their logo on a shifting background that would visually dazzle the crowd the entire night.

Adventure Club played an hour of straight dubstep that showcased the duo’s incredible ability to layer sound after sound and somehow produce a driving, coherent beat. After that session of abrasive auditory overload, Krewella’s melodic voice in “Rise and Fall” was like a cooling salve. What was also cooling was the generous bucketful of ice water that Srigley splashed onto the crowd mid-set. Props to Adventure Club for realizing its fans were willing to dehydrate themselves to hear them play, but the usual water bottles to the front row would have sufficed. 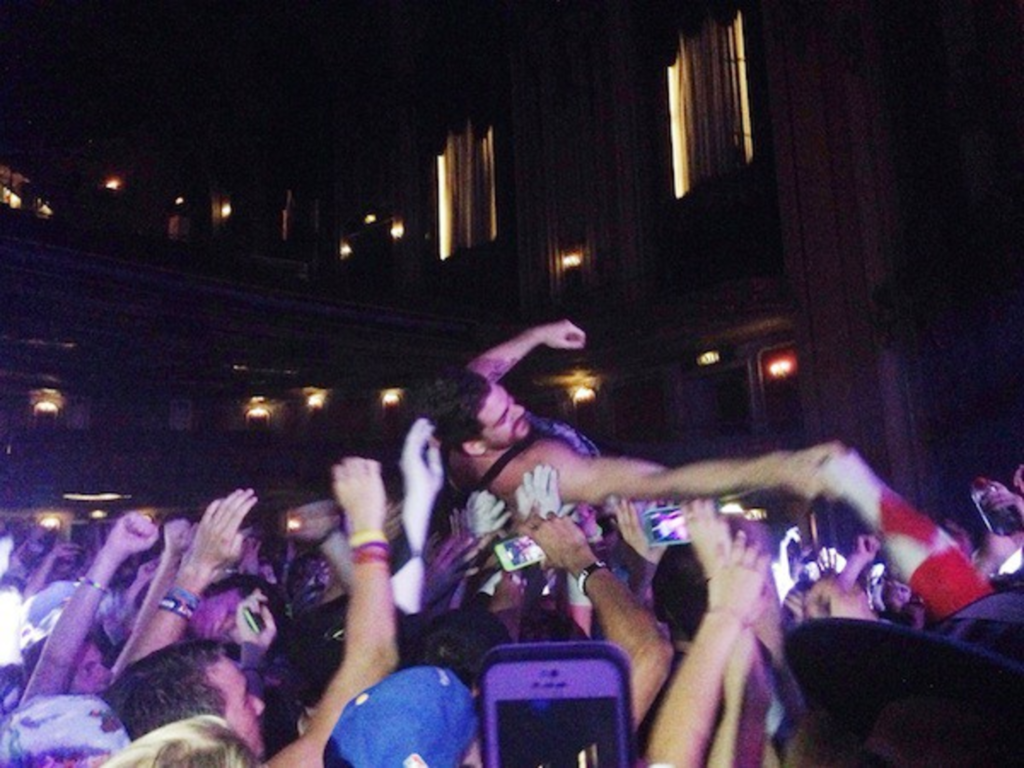 For other drops, the DJs would emerge from their LED-screen cave to shower concertgoers with something deliciously opulent, but sticky: champagne. These antics must go under the “audience interaction” clause of their contract. One of the more sincere moments of interaction was when Srigley wholeheartedly threw himself into the audience to crowd-surf (nothing but respect for artists who aren’t afraid to literally feel the support coming from their fans).

A bracelet-laden raver pushed her way to the front at some point during the set toting a “take me on stage its [sic] my birthday” sign. Neither DJ seemed to acknowledge it, and the sign was swiftly taken away by the security staff patrolling the front barrier (as a hazard to, you know, somebody’s fun). But the fan got her birthday wish in a more roundabout way: During yet another champagne shower, she threw a couple candy raver bracelets at Adventure Club’s feet, which they picked up on their way back behind their screens. Srigley and James played the rest of the set wearing the bright beads.

Adventure Club is best known for its remix of Flight Facilities’ “Crave You.” The crowd practically had a collective aneurysm when the opening bars of the ballad played. When the beat dropped at it’s true, I crave you, complete pandemonium ensued. The entire Midland screamed along with the lyrics: I walked into the room dripping in gold. But Srigley and James didn’t just play their anthem straight; they teased the crowd with long, building breaks and a Lana Del Ray “Summertime Sadness” interlude (which was absolutely perfect, by the way). Neither the crowd nor the DJs wanted it to end.

Luckily, there would be an encore: A 30-minute set that spoiled the crowd with more radio hits remixed to dubstep. These showcased Adventure Club’s most infectious beats, the ones played at the largest EDM festivals in the world. The only emotion felt at the end of that explosive set was disbelief that it was over. Adventure Club picked up the Midland crowd, shook it up, and sent it home dumbstruck.