Ad Astra: Exploring the Deep Space Co-Op, a new hub for musicians and creatives in the Crossroads 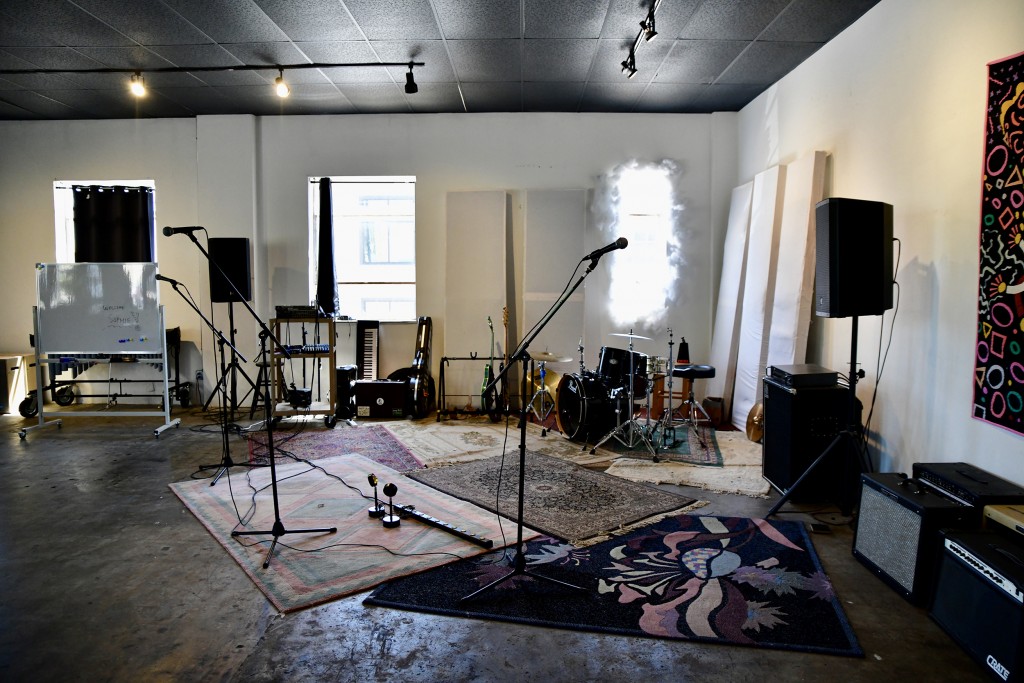 A few months into the pandemic, while looking for a new practice space that wasn’t his home’s attic, Momma’s Boy band member and Manor Records founder Shaun Crowley learned that the space that was once Capsule—a performing arts venue on Broadway in the Crossroads—was up for grabs. So, on that trip to Colorado (planned before learning about the space opening), the band prepared to mull it over.

Crowley says it was “a trip from hell.” First, the van’s transmission called it quits and the band was forced to rent a car. Then, a friend’s directions lead them on a wild goose chase in the mountains for hours, searching for the campsite. And, as the trip came to a close, while some involved were still intoxicated, a curious moose wandered onto the campsite and was uninterested in leaving. “I was trying to bang pots and pans, but I realized that’s only for bears,” says Crowley’s bandmate Peter Beatty.

“We were really excited about [the space] once we got talking about it and thinking about it,” Beatty says. “We could essentially have everything from the writing process to recording to creating visual stuff to having shows there. We could do all of those things, start to finish, and we could provide that to people for the cheapest we could do it while keeping it sustainable and doing it ethically and getting the members’ input.” 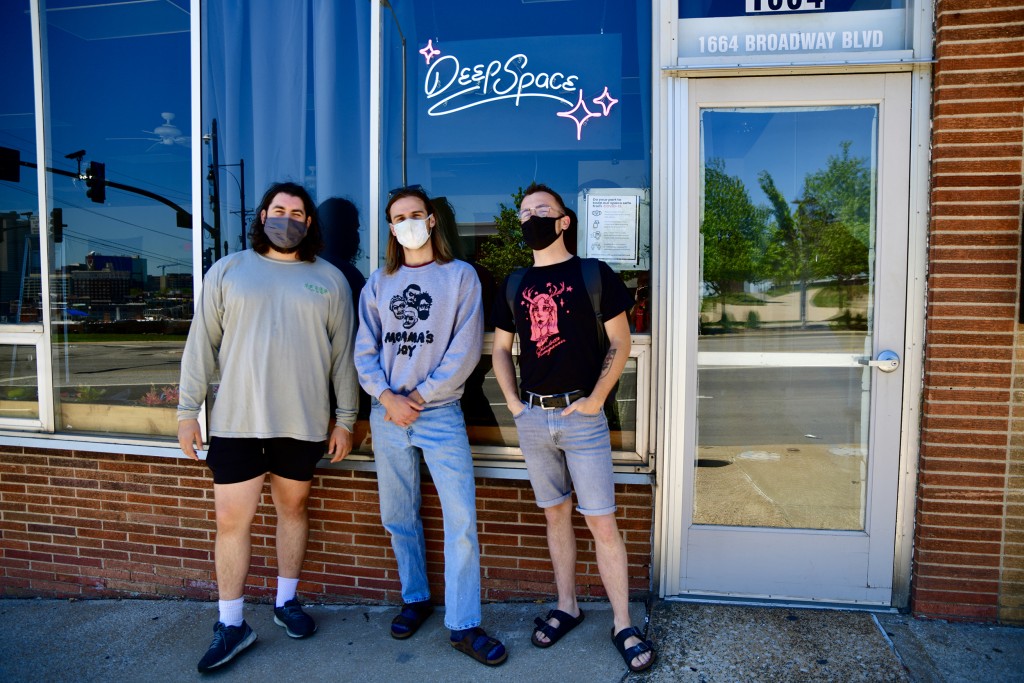 So in the early months of the pandemic, the crew secured what is now the Deep Space Co-Op. The four members of Momma’s Boy (Crowley, Beatty, Jared Bajkowski, Quinn Hernandez) and Quinn’s brother Sam Hernandez took over the lease roughly a year ago and have since transformed it into a co-op that members and the public alike can book. There’s space to practice, gear to record, a backdrop for photo and video shoots, and space to store instruments. It’s also decidedly clean and tidy, something that felt refreshing considering the usual cramped basement or dingy storage locker spaces that most musicians are used to renting.

“Once we got the spot, it’s crazy how many people came together to make it what it is now,” Crowley says. True Lions recorded their debut LP in the space, Paris Williams shot one of his recent music videos there, Khrystal shot a live session for a benefit show there, and Coop Sessions used the space to shoot their session with Charlotte Bumgarner. And that’s all on top of regular band practices and member meetings.

After some misremembering and light bickering, the crew decides that Beatty had come up with the Deep Space name—“a cool analog for exploration and voyaging into the unknown.”

Bajkowski helped break down exactly how Deep Space functions. He says they follow the producer co-op model that’s frequently used by both creatives and in agriculture. What they call a recurring membership gets you access to the space for a specific time slot each week and then a discount on additional time.

There’s also a flexible membership, which is slightly more expensive but allows you to pick and choose available time slots within your set number of hours per month. Artists who aren’t members are also allowed to rent the space, but at a rate higher than either membership. Members can also step up and become part owners of the co-op by making a capital contribution equal to the founding members and being voted in by the co-op members. Owners are in charge of scheduling, handling finances, chores, and maintenance of the space. All members and owners are invited to a weekly meeting to discuss changes to rules and any potential upgrades to the space. 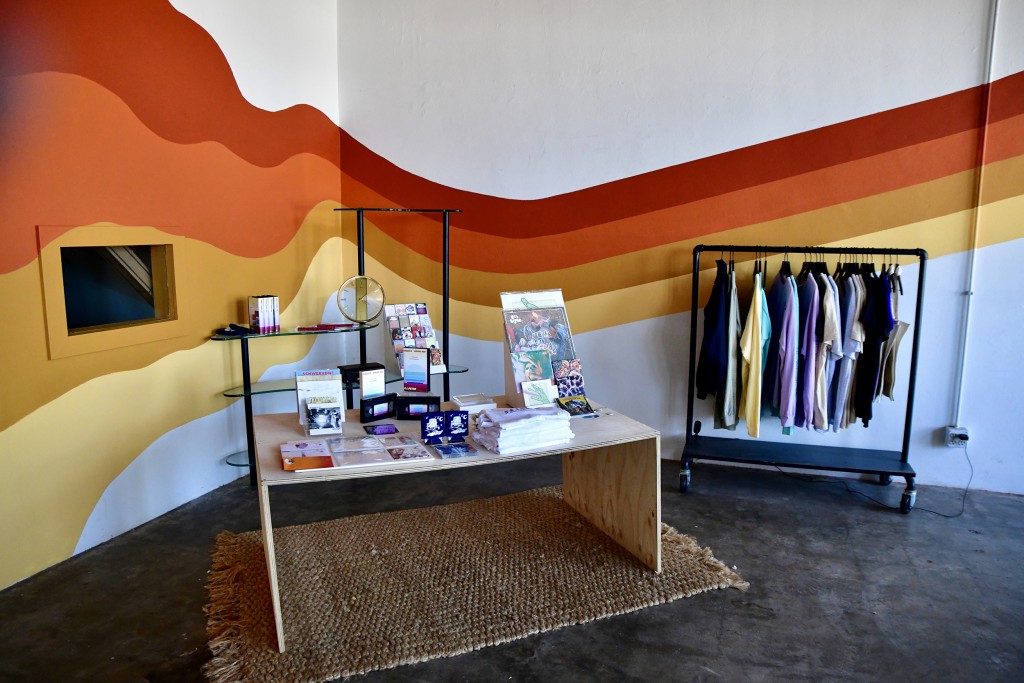 “Hopefully this gives people the idea to make more places like [this],” Crowley says of Deep Space. “Having this place has changed my outlook on how shows should be held—a safer spot, maybe less drinks at shows. This place has just felt so much healthier as a space than a venue and I think a lot of people have gotten a taste of that and like that.”

He says the only other spots he can think of that rivaled the clean, positive, and healthful atmosphere of Deep Space is the now-defunct Uptown Arts Bar or Stray Cat Film Center next door (which obviously is not a music-centric space).

This all sounds like a good thing, right? Well, then you know that it must come to an end (sooner or later at least). The crew is one year into a two-year lease at Deep Space, but they were told upon signing it that the building will likely be demolished after the lease is up. (The Denny’s down the block recently met this demise.)

“We’ve decided no matter what the time frame is, if we get to look at a different spot later or we get to renew something, right now the only goal is to get as much music and art out of it as we can,” Crowley says. “We’ve just gotta get in there and let as many creatives use it as we can in this time and that’s all that matters.”

Editor’s note: Since this interview, Crowley has departed Deep Space as an owner but remains involved in Momma’s Boy and Manor Records.

Follow along on Deep Space’s voyage or reach out to them to inquire about becoming a member on their Instagram page.