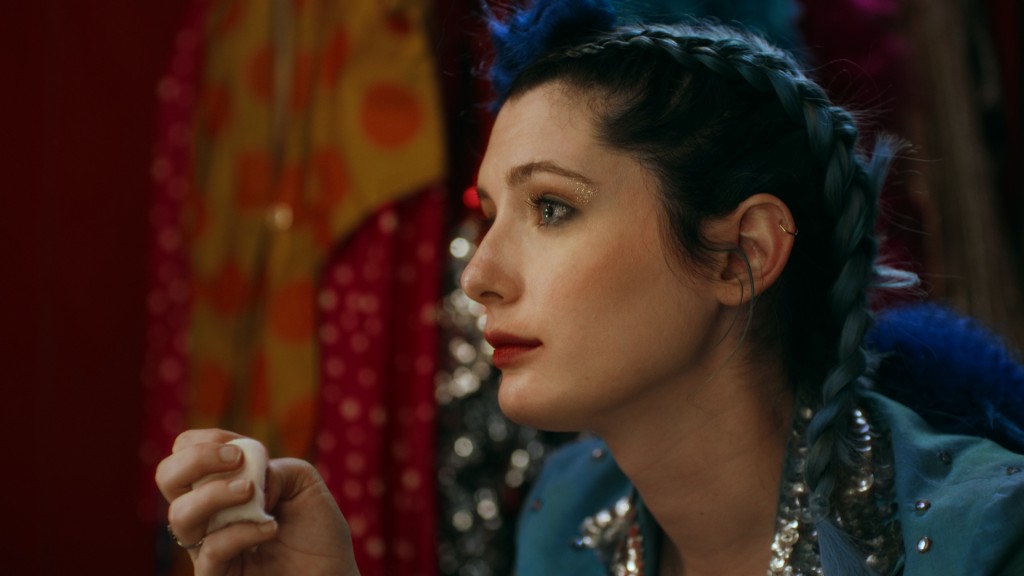 When you think of indie films, your mind may immediately go to A24 and their oddball, slow-burn horrors, or coming-of-age romantic comedies. These films can often have a strong presence, but the depths of indie film go much deeper than what is advertised.

Katherine Waddell is an actress and producer that has been working in indie film for years and brought her largest project to date to the Kansas City FilmFest International earlier this year. Her newest film is titled Balloon Animal and surrounds the story of a woman choosing whether to stay with a life she knows or leave and find what she truly wants.

We sat down with Waddell to talk about her experience in front of the camera as well as behind and what it has been like to bring her and others’ ideas to life.

The Pitch: I know that you have a lot of background in indie filmmaking and producing, how did you get started in that and what does your background, in general, look like?

Katherine Waddell: I started with theater like I think so many people do, I started in fourth-grade doing plays and I kind of never looked back. I went to college for it and after college I was thinking, how do I turn this into a career now? When I realized how difficult breaking into acting would be and was no longer able to romanticize it, I came to a place where I knew I loved film and it was all I had ever really known, so then I got into producing which is definitely more accessible and an easier way to pay the bills.

I also just figured from a business mindset that I could enter acting through the backdoor if I started producing and networking. By really expanding my repertoire I could open up more doors and I have.

I saw that you co-own a film studio called First Bloom Films, how did that come to be?

My best friend and I, her name is Em Johnson and she wrote and directed Balloon Animal and owns First Bloom Films with me. She and I had been working together for a couple of years, we actually went to college together but we didn’t really hang out. A couple of years after we graduated she was doing her masters in Chicago and I was living in Indiana and I was commuting into Chicago to do acting work. I randomly walked into her thesis audition and we started this really amazing relationship where we liked working together and respected each other.

After a couple of projects together when we finally decided to do Balloon Animal it was a no-brainer to start a production company together and really make a home for all of our work together. 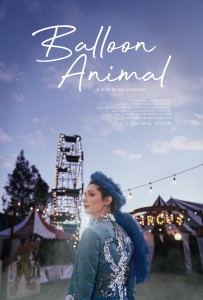 Balloon Animal is the film you brought to the Kansas City FilmFest International and I saw that it was written and directed by Em. How would you describe the film to people?

So it’s a movie about a girl named Poppy Valentine who has grown up in a traveling circus making balloon animals and that’s her one job there. She’s now at the precipice of a decision of whether she wants to stay with her family and everything she’s known or whether she wants to settle down in this town that she finds herself in that she loves and strike out on her own.

We call it coming-of-age but she’s 24 which might seem a little older for a lot of people, but for us it’s the dilemma that’s the heart of it. Do I basically grow up and go out by myself or do I stay here and play it safe? For us, what we want the audience to take from it when they watch it is finding your own voice and putting yourself first and hopefully not vilifying that decision.

For you, how different is the role of being in front of the camera as opposed to behind the camera? Do you prefer one or the other?

Acting is definitely my passion, I love producing but I am definitely more comfortable acting. I think that also stems from feeling less responsibility. Though some people might disagree because some people might look at an actor and think, oh you’re carrying the entire film because if your performance sucks then the movies are going to suck. But I’m pretty confident in my abilities and in that role I kind of only have myself to answer to.

Producing is very nerve-wracking because you’re in charge of everyone. The whole thing hinges on your ability to make a project come to life from beginning to end, so I do feel a lot of pressure in that sense.

What is your favorite part of working on these smaller films and trying to get these projects out to the world?

I think it’s just the classic idea of the underdog. You are watching people persevere against an industry that does not always hold space for them. Getting indie films out there on big platforms is very difficult, because you’ll have a mega-successful company like A24 and their films are going to have really big budgets, but then you will have the shoestring budget films that someone has gone out and worked their ass off to get it done.

It is a very difficult industry to break into, but even the smaller films are still valid art, just because it’s not the most expensive art or the most well done technically, it’s still someone’s art and there’s still someone out there who is going to enjoy watching it.

For more information on Katherine Waddell, and her production company First Bloom Films, you can find the website here.

CatVideoFest serves as the purr-fect theatre screening for feline antics