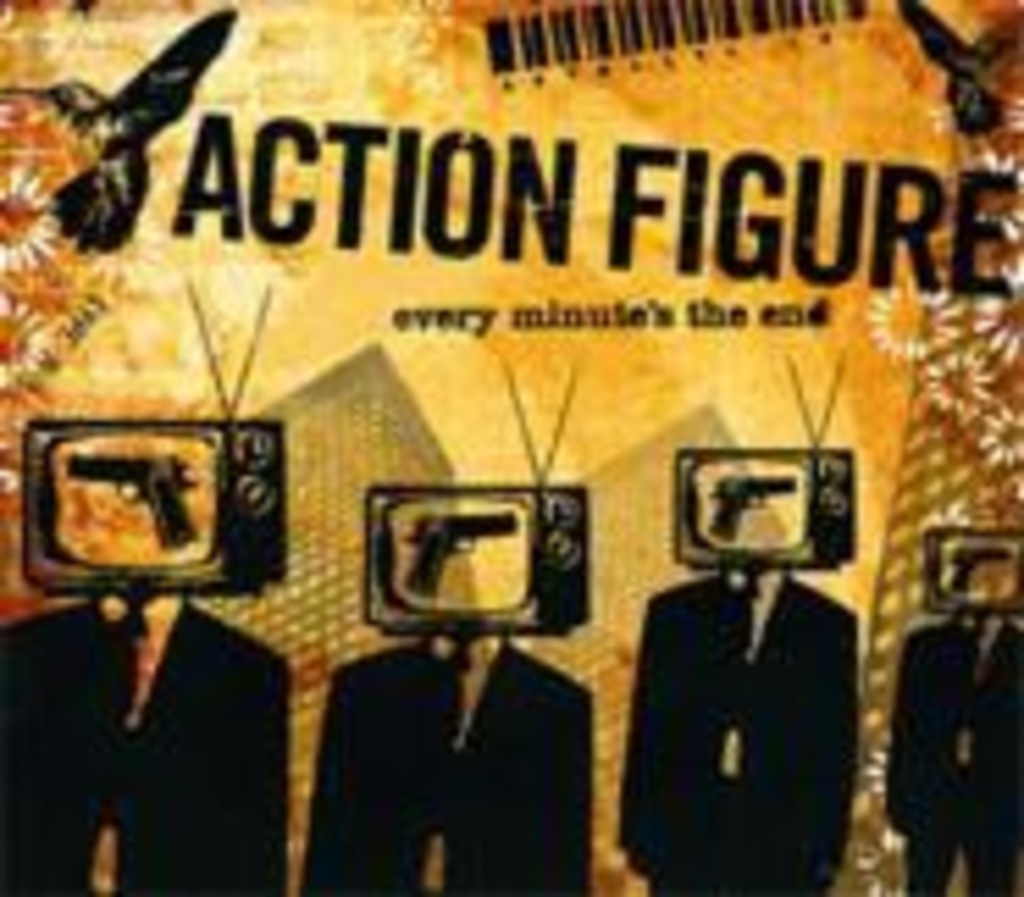 When reviewing one-trick ponies, there’s a dangerous factor that critics almost always forget to take into consideration — that one trick. Action Figure’s six-song EP Every Minute’s the End is a perfect example. On the surface, the Kansas City foursome’s debut might seem like simplistic, power-chorded pop-punk. And that’s probably because, well, it is. But the real danger in AF’s new release shows up five minutes after you turn the music off. The album’s catchy hooks and tight harmonies — especially on mind-melting tracks such as “Prosthetic Smiles” — will have you humming along to Action Figure songs throughout your day. Pretty soon, you’ll resemble the walking dead, roaming the streets in your Fall Out Boy T-shirt, begging for Velcro wallets and some Bed Head for your newly disheveled hairdo. These infectious melodies will make you want to end it all, like the guy from the movie Pi. So beware — if you don’t want to take a drill bit to the temple, avoid this album at all costs. Unless you’re into that kind of thing, of course.