Ça Va’s license troubles are over, a result that calls for champagne 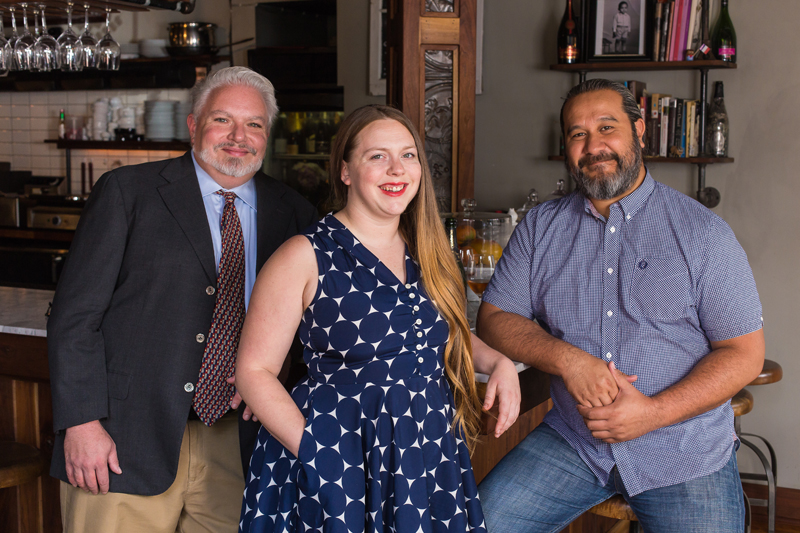 Ça Va is open for good, you guys.

Caitlin Corcoran, the Westport champagne bar’s general manager and co-owner, wants this to come across clearly. She’d like it shouted from the rooftops, accompanied by fireworks. But she will settle, she says, for a très classy champagne toast celebrating the end of Ça Va’s liquor-license troubles.

Recall that, this past March, Ça Va learned that it had failed to meet its food-sales quota — dictated by KC’s regulated-industries department, which issued Ça Va a type of restaurant-and-bar license stipulating that the venue must generate a minimum of 50 percent of its gross income from the sale of food, or else sell more than $200,000 worth of food a year.

“We knew that about the requirement, but we were under the impression that they [Regulated Industries] never enforced it,” Corcoran says. “We knew at the end of spring that we were close, so we didn’t worry about it. But then we got a letter in the mail finding out that it was being enforced and that our license was not being renewed.”

The news was a cork in the eye to KC’s champagne-drinking public — and a significant challenge for Corcoran and her co-owners, chef Howard Hanna and wine director Jim Coley. With an expired liquor license, Ça Va would have to close.

So how did the trio triumph?

“Regulated Industries worked with us from the beginning,” Corcoran says. “It’s the law, and they were enforcing it, but they didn’t want us to close, either. So they essentially allowed us to create a new business, and we brought Ça Va into that business.”

It was a tricky bit of paperwork, Corcoran admits, but the result is simple: Ça Va has a fresh start.

“We are confident now that we’re able to meet the $200,000 food sales minimum,” she says. “We keep consistent hours, the kitchen is open until 1 a.m., and we do all these private parties. And now, six months out, if our food sales are looking shy, we will just have a better handle on it. We’ll never be able to get the 50-50 minimum, because we sell bottles of wine for over $200 and it would be hard to get some people to spend that much on food if they’re spending that much on wine.”

Still, she says, there are certain tactics in place to ensure that food sales climb. Ça Va has expanded its high-end food options — Osetra caviar is now on the menu alongside Missouri caviar, for instance — and Corcoran has a few food-driven dinners and events in mind. Next spring and summer, she hopes to expand the monthly patio-party program that saw success this past season. She also wants to host ticketed wine dinners. On the immediate horizon is a holiday kickoff party the night before Thanksgiving, and — because New Year’s Eve is on a Saturday this year — an entire week of pre-2017 celebrations.

“It’s not quite back to life-as-usual,” Corcoran admits. “I think that the whole thing has been a learning experience. You can take all the entrepreneurial classes you want, and you can read all the books about management and business, but no one has a handbook on getting licensing and registration done within this city. Until you go through it, nothing really prepares you for that.”

She goes on: “And then there was the added stress of people reading headlines and not the full article. We were going through a transition in our kitchen, and it made it hard to hire because people weren’t applying because they thought this was the end. We had quite a few guests peek their heads in and be like, ‘Oh, you’re open! I thought you were closed.’ ”

So: Cue the rooftop shouting. Cue the fireworks. Ça Va is staying put.

“I want the public to know we’re open, and our hours are the same,” Corcoran says. “And we definitely need to still sell food, and that’s something I want everyone to know — food sales are going to be a thing for us, so please come here and eat!”

I glance around at the beaming faces that have gathered to toast Ça Va’s moment of glory on an unseasonably warm weekday afternoon. Corcoran — with one foot on the sunny patio and one foot inside the crowded bar — raises a glass and offers words of thanks: first, to Regulated Industries, for helping her bar to stay open and her staff to keep their jobs; second, to the friends whose support never faltered.