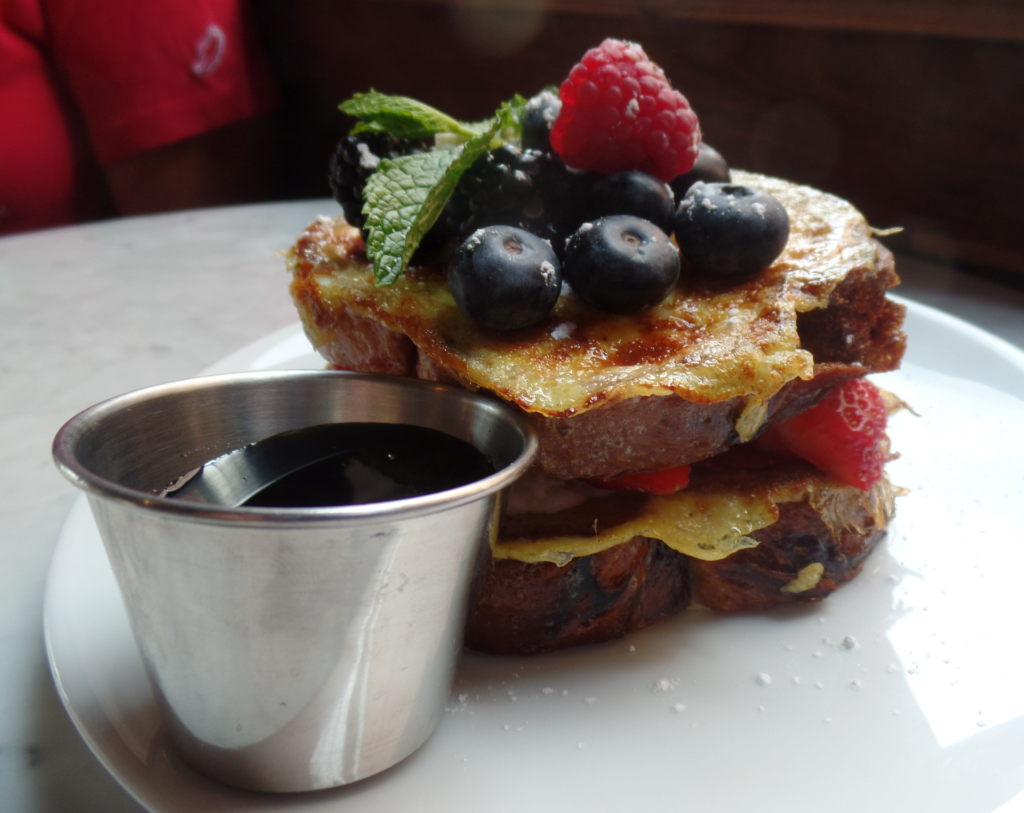 The six-month-old Ça Va bistro at 4149 Pennsylvania hosted a soft opening for its new Sunday brunch on August 3, but “officially” introduced the brunch menu, created by chef and co-owner Howard Hanna, yesterday.

The stylish menu reflects the distinctly Gallic style of the intimate champagne bar with its marble-topped cafe tables and potent French-press coffee (roasted for the venue by the Broadway Café — there’s no espresso machine yet). I needed a strong jolt of java when I stumbled into the boîte yesterday and maybe a little French music, too (Piaf, Aznavour, Serge Gainsbourg), instead of the subtle jazzy soundtrack that co-owners Hilary and Justin Norcross prefer (including a soulful “Piece of My Heart,” performed by Aretha Franklin’s sister, Erma Franklin) on a Sunday morning. 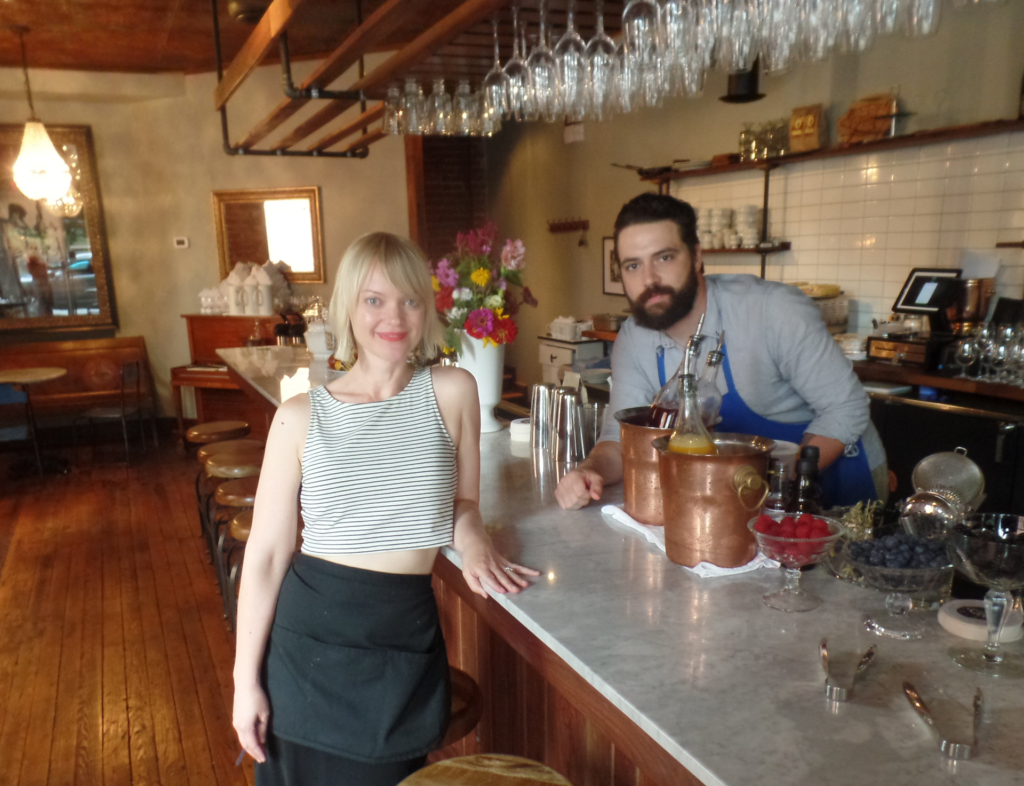 Starting this coming Saturday, August 16, the owners of Ça Va (including Jim Coley) will add a Saturday brunch. Both Saturday and Sunday brunch will be served from 11 a.m. to 3 p.m. The Ça Va dinner menu will be offered after 3 p.m. on Saturday, but the bistro closes at 3 p.m. on Sundays.

“Since we’re open mostly during the evenings during the week,” Justin Norcross says, “I was one of the few people to see this space in the mornings, and it’s really beautiful with a very different feel than it is at night. And since Hilary and I are workaholics, I thought, ‘If we can be open, let’s be open.’ “

Norcross, who is also a musician, brought in his friend and bandmate Brandon Phillips, lead singer and guitar player with the Architects, to oversee the kitchen during the brunch hours. Phillips is actually quite talented in executing Hanna’s recipes, including an attractively composed tower of brioche French toast, made with egg-soaked Farm to Market brioche and layered with a creamy swath of mascarpone cheese, goat cheese and honey — and plenty of fresh seasonal berries.

The Ça Va brunch menu will change frequently, Hanna says, but standard offerings will include a grilled croque madame with a runny farm egg, a choice of meat or meat-free quiche (Hanna has been baking the quiche himself; yesterday’s choices were smoked ham and cheddar or mushroom and parmesan), and at least one salad. Sunday’s salad was smoked trout with creme fraiche and chives on golden triangles of toasted brioche.

Don’t plan to make reservations for this brunch. The cafe is so tiny (32 seats inside and an additional 24 on the patio where smoking is permitted) that Hilary Norcross is nixing reservations and putting a sign-in book at the front of the dining room for patrons waiting for tables. “I’m not going to call out for guests either,” Hilary Norcross says. “They’ll need to keep checking in with us.”