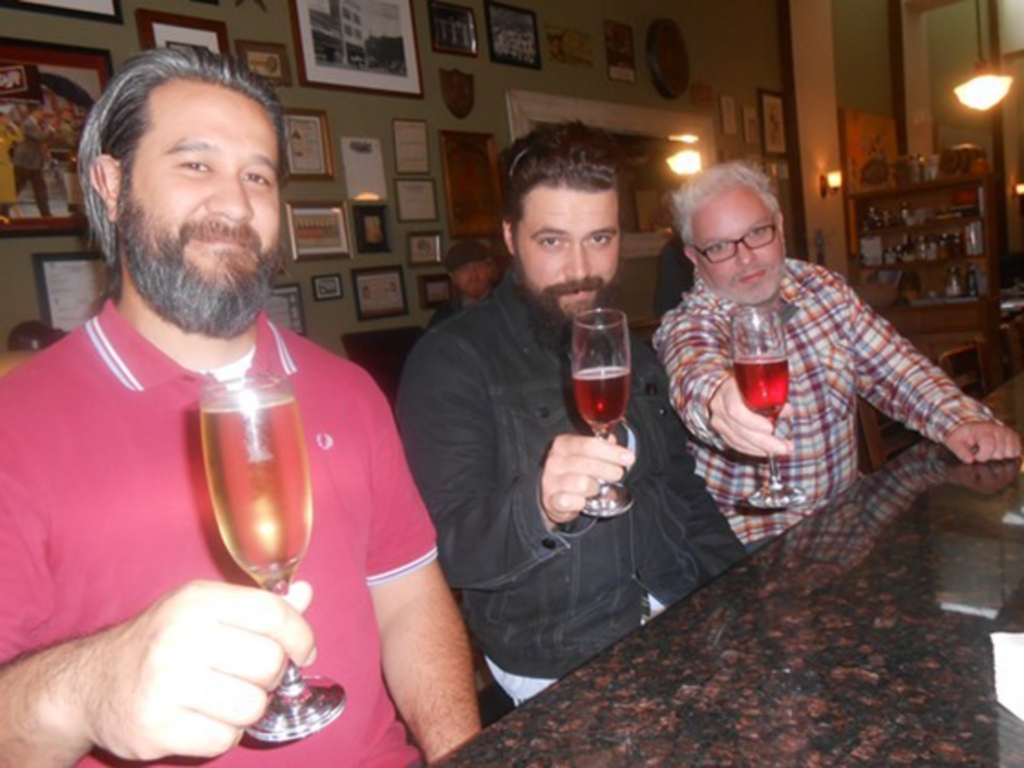 Chicago has two champagne bars. St. Louis has one. And in December, Kansas City will join the list with Ça Va, the brainchild of chef Howard Hanna, executive chef and co-owner of the Rieger Hotel Grill & Exchange; Justin Norcross, bartender and restaurant veteran; and Jim Coley, wine director of the midtown branch of Gomer’s Fine Wines & Spirits.

It won’t be a true restaurant, Hanna says, but an intimate bistro – the 740-square-foot space was formerly the Nikki Grant Boutique – at 4149 Pennsylvania, across the street from the Thai Place. It sounds like it could be pretentious, which makes Hanna laugh.

“We have gotten that from people,” Hanna says.

Jim Coley pipes in: “We’ll have lots of good, affordable sparkling wines – and a full bar.”

And food, but nothing too elaborate. Hanna envisions a limited menu that includes a charcuterie plate, marinated olives, and house-made potato chips with crème fraîche and “Missouri caviar” – paddlefish roe.

“But food will be important – and good,” Hanna says. “It’s just that the space doesn’t have a kitchen.”

Bartenders will be able to mix up any kind of cocktail at Ça Va (the French expression translates, loosely, as “How’s it going?”), including those great vintage concoctions like champagne cocktails (the preferred beverage in Casablanca from 1942) and the classic French 75 cocktail, which dates back to 1915 and Harry’s New York Bar in Paris.

“But our focus,” Coley says, “will be opening bottles.”