A Trip to Green Dirt Farm 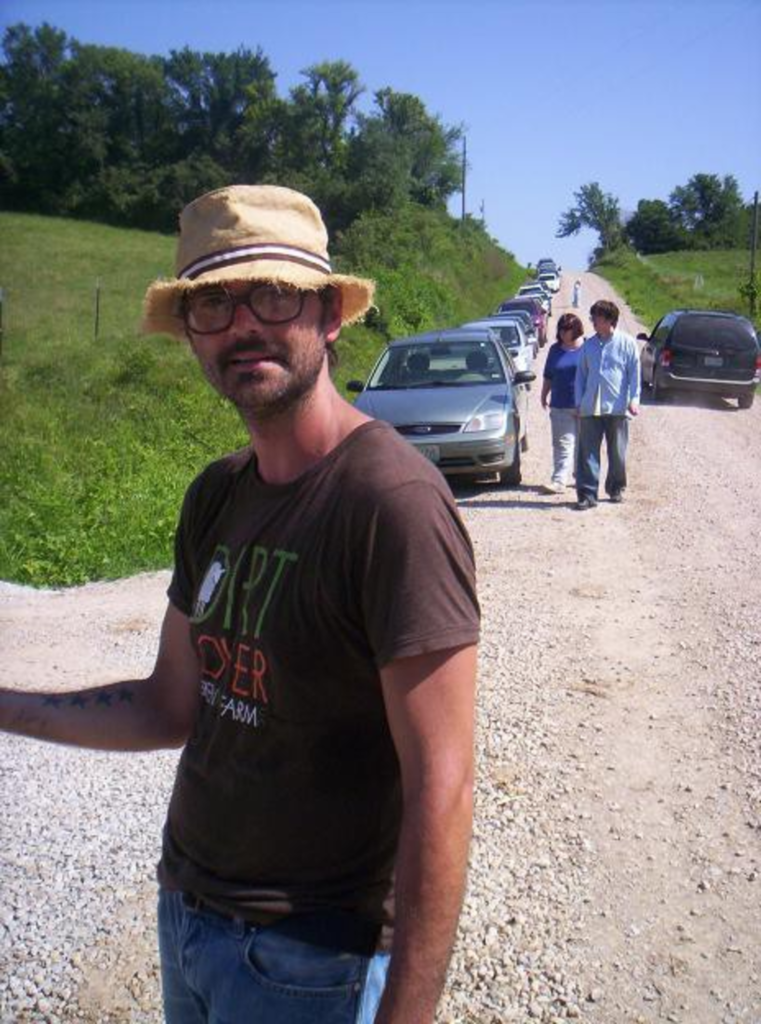 The last time I wrote about Tony Glamcevski, the former manager of Le Fou Frog restaurant, he was working as a farm hand at Green Dirt Farm, the grass-fed lamb farm in Weston. It was hard to imagine the lean, sloe-eyed, fashionably-dressed Glamcevski milking sheep and tending to them out on a grassy pasture. But on Sunday, I drove out to Green Dirt Farm for an open house celebrating the completion of the farm’s creamery, which is now making cheese from sheep’s milk. There, at the entrance to the facility, was Glamcevski, as brown as a berry and physically fit. He’s still hoping to open his own organic restaurant next year, but in the meantime, he’s enjoying his new career as a shepherd.