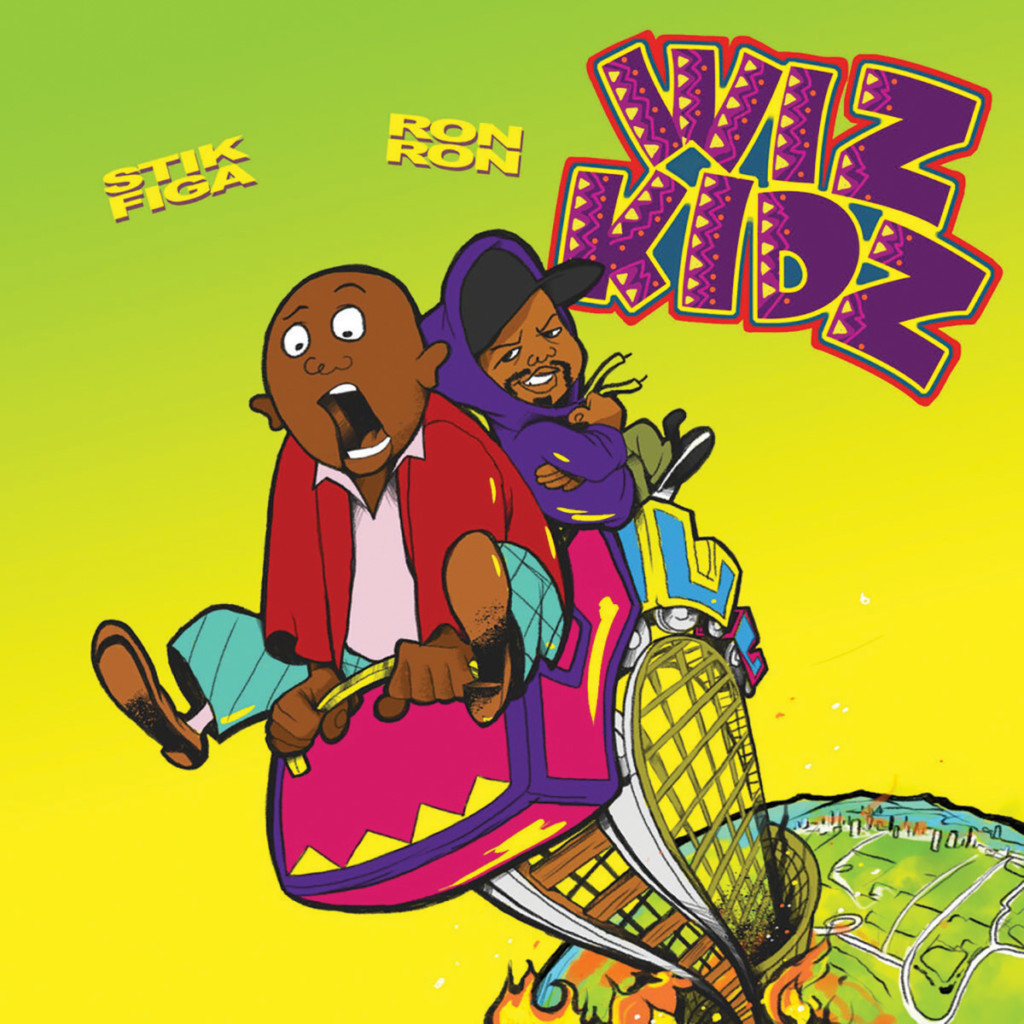 Back in the heady days of the late aughts, Kansas City hip-hop could accurately be described as divided into two camps.

Stik was west of Troost. Way west: Topeka. These days, he’s living in Texas. But ten years ago Stik was a regular at The Riot Room and other hip-hop-friendly venues in and around Westport. He was rightly regarded as one of the area’s foremost lyricists, a guy who electrified crowds with his elastic flows, confident delivery, and clever observations from Top City.

While Stik was making inroads among the backpack crowd, the East Side rapper Ron Ron’s dirty-macking g-funk anthem “Hey Honey” was just catching on. The song eventually made its way onto the Hot 8 At 8 on Hot 103 Jamz—a rare feat, as the segment rarely features hometown acts. Stik was impressed.

“The city finally found somebody they can rally behind that was actually from the city, had the experiences, had all the bona fides—and he had more than that, though, because he had talent,” Stik recalls of Ron Ron. “The songwriting was on point.”

The admiration went both ways. Grant Rice, a local rapper and one-time member of Yukmouth’s supergroup The Regime (which notably featured Tech N9ne) heard one of Stik’s early records and passed along a CD to Ron Ron, who dug it. Eventually, Ron’s manager, Rich, reached out to Stik on Ron’s behalf to arrange a meetup. (“The dude from the radio?” Stik remembers asking during Rich’s initial phone call.) Ron proved to be an elusive figure at first (and occasionally still is; he was unavailable to be interviewed for this piece), but eventually the two began linking up when Stik was in the city. Then Ron pitched him on an idea: a collaboration called Wiz Kidz that would bridge the east-west rap gap while showcasing Ron’s street smarts and Stik’s “conscious nerd rap” credentials.

“It was all symbiotic,” Stik says. “His label was called Brainiak. Everything worked together. His whole thing was about being smart in a way that’s fly.”

Early on in their partnership, Ron suggested that he do a remix on Stik’s Greg Enemy-produced “Caked Up.” The track, which featured a new verse from Stik on the remix (he’d been inspired by the work Ron put into his verse) was their first collaborative effort to be released. The Pitch called it the Best Song of 2009, and it was performed at that year’s Pitch Music Awards, where the duo was joined by Greg, Dutch Newman, Les Izmore, and Ubi of Ces Cru on stage. A similarly star-studded music video for the song—which stars Stik as a pizza delivery man assisted by a more stoic Ron and his mean-muggin’ crew—also illustrates this beautifully dorky moment of local hip-hop unity.

“I think they’re very intellectually similar,” Enemy says. “They don’t really speak about the exact same things, but the way they approach shit is very similar without trying.”

Following the success of “Caked Up” came “No Good,” a point-by-point smackdown of the duo’s detractors featuring another playful Greg Enemy beat and a hook utilizing Ron’s distinctive drawl. By then, Ron and Stik were plotting out studio time dedicated to a full project at Black Lodge Recording in Eudora, Kansas; they got a solid rate from Stik’s friend, engineer Josh Browning. But the studio—so often championed by punk and emo bands from the area—brought Ron a certain anxiety.

“I remember driving out there and [Ron] was like, “Man, I fuckin’ hate coming out to the country,’” Stik says, laughing. “It was a real desolate vibe out there … It’s like if you go to jail, that’s [the type of town] where they drop you.”

Recording for the project occurred sporadically until 2012 when … it just kind of stopped. Ron Ron has been largely inactive since 2014, owing in part due to legal troubles. Stik moved away. The momentum was lost.

Recently, though, Stik rediscovered many of the recordings on a hard drive. “I’m a bit of a romantic, so I get nostalgic easy,” he says. After receiving the green light from Ron (to Stik’s surprise), Stik approached Jesse Brown and the rapper Gee Watts (something of a latter day, one-man east-and-west-of-Troost connector himself) of Kansas City label Caviart about releasing the project. Packaged with a colorful piece of album artwork featuring cartoons of Stik and Ron shooting over the hump of a sky-high rollercoaster (courtesy of illustrator and director Kendu The Stampede), Wiz Kidz has finally been released, roughly 10 years after the idea for it was hatched.

While it certainly plays more like the compilation it is than the Earth-shifting album it once aimed to be, Wiz Kidz is one hell of a time capsule. The friendly, back-and-forth one upmanship of “The Mic” should make any fan of classic hip-hop smile, and had it been released closer to the time of its recording, “The Dope” surely could have been a gritty Kansas City hood-soul classic. Throughout, Stik and Ron rap like nobody else but the wise emcees they are, repping nowhere else but their respective cities. During our talk, Stik alluded to the countless hip-hop albums fans have been deprived of over the years: the Ice Cube and Dr. Dre collab, Jay Electronica’s debut. This holiday season, we’re thankful that Stik, Ron, and friends gifted us this one.

Wiz Kidz is available now on all major streaming platforms.