A Slice of Retail 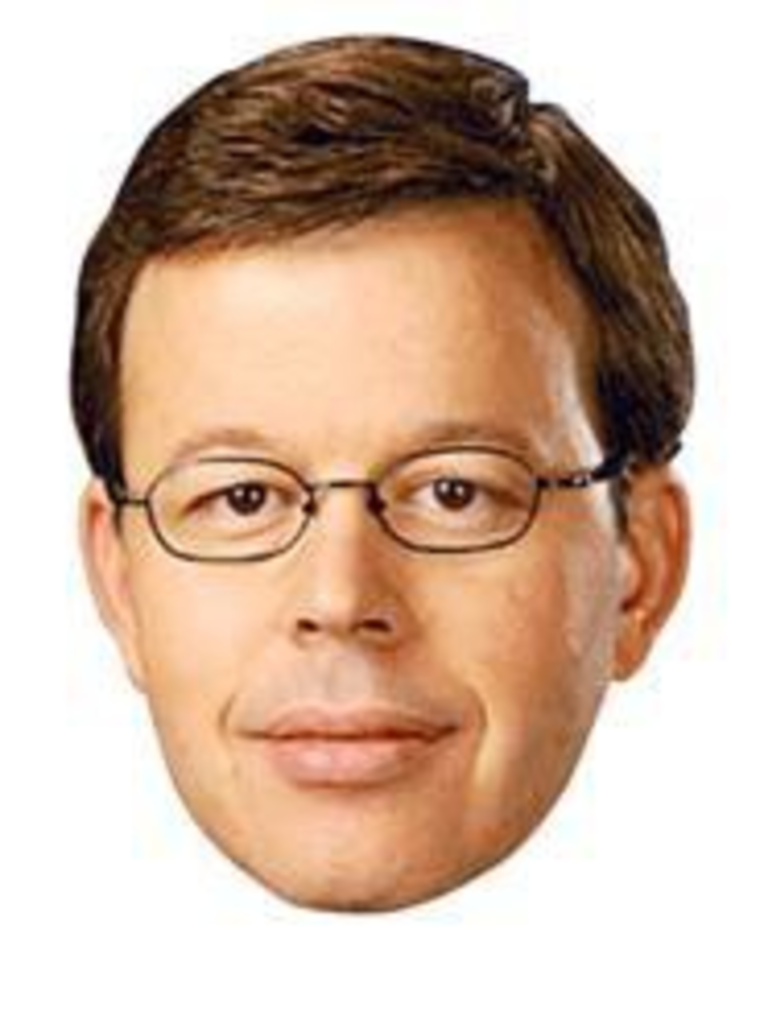 ou learn a lot about people while operating a meat slicer. That’s one of the life lessons Overland Park native John Lehr picked up while working retail and restaurant jobs in high school. The comic actor says those lessons came in handy when he began executive-producing the new TBS show 10 Items or Less. Lehr stars in the show as Leslie, the owner of a small, ineptly run grocery store. To promote the show, which debuted November 27, Lehr called the Pitch from Los Angeles.

The Pitch: Did you work at any famous OP spots?

Lehr: Yeah. I’m not sure if it’s even there anymore, but I worked for years at [ice cream shop] Swensen’s in Metcalf South. I was the night-shift supervisor. It’s something I was very proud of.

Did any of your managers influence your character in the show?

Leslie’s character comes from many managers I worked with, particularly one at a place I worked at in Chicago, a breakfast place. Oh, my God, you’d just sort of have to take it and say, “Yeah, that sounds like a great idea.”

Why do bad managers gravitate to retail?

Anywhere you have to visit when you come back to town?

Bryant’s Barbecue. Always. I will not leave without hitting Bryant’s. Hayward’s Pit I love, just because I’m from Overland Park. But Bryant’s is my favorite.

Do any of your experiences in retail appear in the show?

One of the things that did come from my days in retail is in Episode 3. We have a slicer accident in the butchery. When I was working at Swenson’s, we sold sandwiches. And we sliced meat. And I sliced the tip of my finger off on the slicer. It was the worst injury. I went downstairs, and they had a Shawnee Mission Medical Center outlet in the mall. They dressed it, and they said, “Do you have the tip so we can take you to the hospital and sew it back on?” I said, “No I don’t.” And when I went back upstairs, the meat had all been wrapped and sold. Somebody in Kansas City ate the tip of my finger.

Did you think of that when you were working on the show?

I saw the slicer at the grocery store. We knew we wanted to have an injury, so I pushed hard for it to be the slicer. People did not want to do it, because it just makes everybody cringe. But that’s why I wanted it. It was so weird to have the tip of your finger sliced off. It was so clean, so sharp. I almost didn’t even know I’d done it. It was so bizarre.

Claire McCaskill edged incumbent Jim Talent in the U.S. Senate race by chipping away at the Republican Party’s support in the rural parts of the state. In Greene County — the heart of Ashcroftland — Talent got 5,000 fewer votes than he did in 2002.

Nowhere was this shift more apparent than in Missouri’s west-central counties.

For instance, Henry County — a two-hour drive southeast of Kansas City — went for President Bush by more than 17 percentage points in 2004. Two years later, McCaskill won the county by six points. Talent won neighboring Johnson, Pettis and Benton counties, but the margins were 20 points less than what Bush got in 2004.

“I like to think that we’re not that far removed from the rest of the world,” says Jim Switzer, a lawyer and a Democratic Party committee member in Henry County. “The dissatisfaction that people were expressing with regard to the Republican Party is filtering down here.”

McCaskill worked hard for Henry County’s vote. Switzer says she made at least three visits, a reflection of her “rural strategy.” McCaskill changed tactics after her failed run for governor in 2004, when her campaign focused on getting out the vote in urban areas.

Democrats say that McCaskill made inroads in rural Missouri with veterans and seniors. Her 77-year-old mother, Betty, appeared in folksy television spots that ran only in rural media markets.

Talent, it turns out, wasn’t the only Republican to find discontent in western Missouri. State Sen. Delbert Scott of Lowry City fought off a challenge from Stockton lawyer Mike Holzknecht, a Republican who got fed up with his party’s obeisance to big business and ran as an independent. Scott won 57 percent of the vote, but Holzknecht prevailed in two counties.

Holzknecht tells the Pitch that voters told him they’d had their fill. “We were kind of in the right place at the right time,” he says.

Holzknecht had another thing going for him: a buzz cut. Militarylike haircuts fared well in 2006. In Montana, Jon Tester, a farmer with a flattop, beat Republican Sen. Conrad Burns.

So, there you go, 2008 challengers. Find a straight-shooting relative and then ask for “high and tight” at the barbershop.