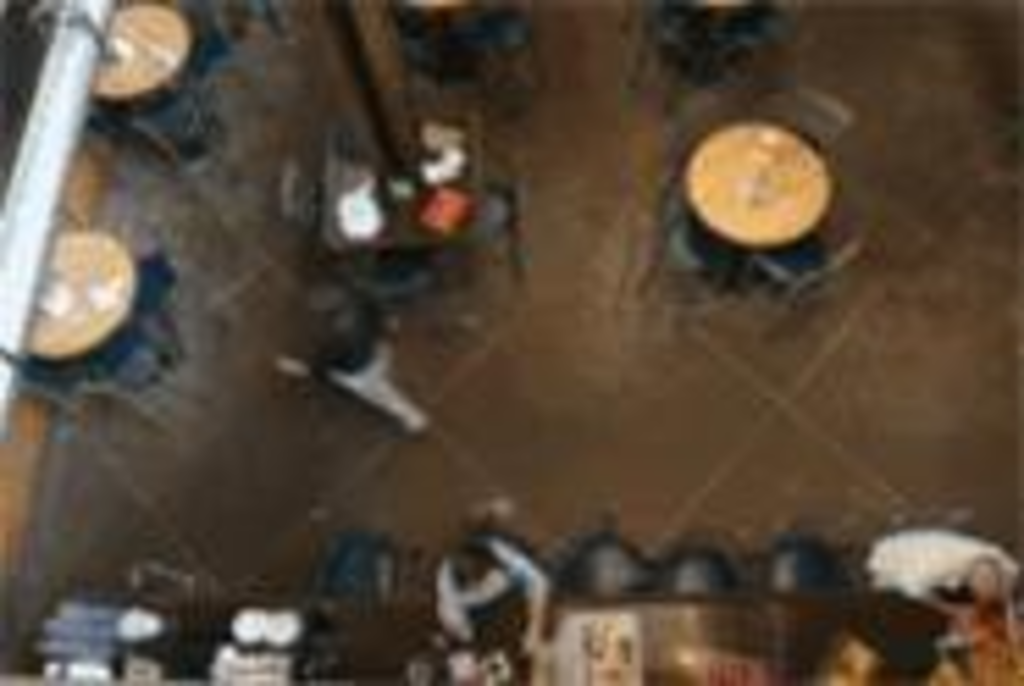 It takes awhile, but eventually I stumble back into restaurants that I’ve reviewed in the past (even the ones I didn’t like), either to see what’s new or just because I’m hungry. It was sheer hunger that brought me back, after five years, to Parkville’s Power Plant Restaurant and Brewery.

I was in Parkville with two bickering friends (we had come for the Farmer’s Market … or was it the Jazz & Blues Festival?) who couldn’t agree on where to eat. There are a decent number of restaurant choices in the quaint riverfront hamlet, but our trio couldn’t reach consensus. One didn’t want Mediterranean food, the other didn’t want French; none of us were in the mood for sushi or Mexican, and the Argentinian steakhouse was out of our budget. I voted for pizza but got shot down by the other two. Because we were practically standing right in front of the red-brick Power Plant — which really did burn coal for nearby Park University throughout most of the 20th century — I practically shoved Bob and Ned through the doors just so I could sit down and eat something.

“I think I remember that you liked this place,” Bob said as the hostess escorted us through the building, past the lonesome bar (wrapped around the giant Kewanee Firebox Boiler, one of the few remaining relics of the building’s history) and into the narrow, nonsmoking dining room. I couldn’t remember myself (it had been more than half a decade, after all), but I vaguely recalled a good roasted lemon chicken.

Ned, who had never been in the place, thought the minimalist décor was still a little too “boiler room,” insisting that the concrete floors, the exposed brick walls and the harsh lighting were cold and unwelcoming. “This room used to be the coal bin,” I told him. “They can only do so much.”

There have been some significant changes, though. The tables are no longer cloaked with white linen and a sheath of butcher paper, and the roasted lemon chicken isn’t on the menu anymore (also missing: the London broil and the baked pretzels). But a surprising number of dishes remain from the original 2000 menu, put together when Jason Lofton was the chef. The current employees have never even heard of him. Then again, Lofton isn’t a historic figure locally, and I’d be surprised if the staff at this restaurant had even heard of Col. George S. Park.

I confess, I didn’t know anything about the town founder, either, until I went to Parkville’s Web site and learned that the 19th-century entrepreneur built the first hotel in his namesake town and ran a newspaper, the Industrial Luminary, until a pro-slavery mob tossed his printing press into the Missouri River. He later started the original Park College, which needed the coal-fired power plant that later became the restaurant.

None of this information was available to us that first night, though. Our only reading material was the menu, which Ned pronounced “a crazy quilt of culinary styles — nachos, Greek salad, fettuccine Alfredo, fish and chips, and Philly sandwiches.”

And French onion soup, which was that night’s potage du jour, alongside the steak-and-barley soup that’s been standard here since the beginning. Our young waiter raved about it, which should have been a warning sign, because what came out of the kitchen was as pallid and disappointing as something canned, a tea-colored broth with a blob of gooey, molten mozzarella at the bottom of the cup. After that fiasco, I should have known to avoid the, uh, international dishes and stick to more meat-and-potatoes fare. But I was craving pizza and liked the menu’s description of a Mediterranean pizza topped with sun-dried tomato pesto, Bermuda onions, artichoke hearts and feta cheese. It wasn’t half-bad, but it definitely was not in the same league as the sensuous pies sold across the street at Stone Canyon Pizza.

“You should always stick with steaks in a place like this,” Ned advised. He gave high marks to a nicely grilled 14-ounce ribeye marinated in olive oil, salt and pepper. Also excellent was Bob’s sirloin, the house “Brewmaster’s Choice,” marinated in the brewery’s own ale. “This is not a fancy place,” Ned continued. “It’s like an Applebee’s with brewing equipment. I’ll bet they don’t even make their own desserts.”

They don’t, but Ned insisted that we share a slice of imported cheesecake dripping with caramel sauce. The one thing we agreed on was that it tasted prepackaged.

I returned several weeks later with two more congenial friends, Carol Ann and Patrick, who found the Power Plant’s dining room cozy and liked the food a lot. They raved about the Southwest chicken-twist appetizers: crispy wonton tubes stuffed with ground chicken, cheese and beans and served with an excellent smoky tomatilla sauce.

Our waiter wasn’t inattentive, but he had some serious memory problems. I asked for a cup of the steak-and-barley soup, and Carol Ann and Patrick ordered salads. After the appetizer plates were cleared away, another server arrived carrying a single salad. A few minutes later, I flagged down our server, and he returned with Carol Ann’s salad. I had to wave him over a second time to get my soup — which, thankfully, was thick and hearty and well worth waiting for. He was a lot snappier with the dinners.

That night’s special was a prime-rib dinner for $10.99, which I encouraged Carol Ann to order (silently praying that it wouldn’t be a stringy, overcooked slice of beef splashed with au jus) so I could get the dish that I really wanted, the bangers and mash. We both got lucky, because the prime rib — a very petite cut, mind you — was more juicy and tender than any of us expected. Carol Ann loved it. And because I’m always in the mood for a plump banger, I eagerly pounced on the two beer-marinated bratwursts sided with garlic mashed potatoes and a giant mound of sweet, German red cabbage.

Patrick’s big bowl of fettuccine Alfredo primavera had been tossed with plenty of sliced squash and a sprinkling of chopped tomatoes. The slices of grilled chicken he had ordered to top the pasta seemed to have been marinated in the same mouth-puckering “Italian vinaigrette” that had covered the salads. It was better as a marinade. “It’s fabulous,” Patrick said, swirling the fettuccine in the thick Parmesan sauce. And honestly, it was.

Patrick took most of the pasta home because he wanted to save room for dessert, in particular something called a “3-D chocolate cake.” Once again, we flagged down our server with a serious question. “Do you have to wear special glasses to eat the 3-D cake?” Patrick asked.

The waiter looked at us as if we were insane, which we must have been to think that we’d be able to finish the gargantuan slab of six-layer cake (it helped when the server finally remembered to bring us forks), iced with a thick, fudgy frosting and dotted with whipped cream. Special glasses wouldn’t have made it any more visually appealing, but they might have helped me see that I was being a total glutton. Sadly, the stomachache I had from stuffing myself was not a special effect. But Carol Ann and Patrick liked the Power Plant, and I was pleased to have had a chance to rediscover the place, so it all had a happy ending. We could agree on that.