A look at the scene outside of Dr. George Tiller’s funeral 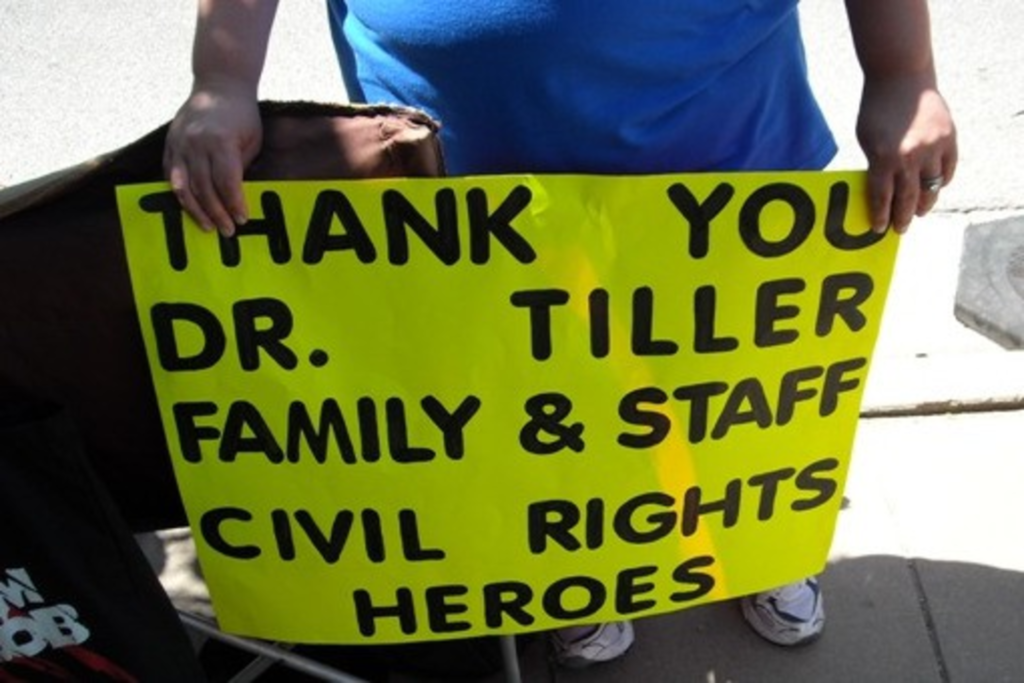 Big thanks to friend of the Plog Levi Henry for snapping photos (here’s a slideshow) of the scene outside the funeral of slain abortion doctor George Tiller on Saturday. The Patriot Guard, Martyr Guard and Phelps family all showed up in the streets of Wichita as some said a final thank you to the doctor.

Meanwhile, The New York Times‘ Sunday story says anti-abortion leaders are wondering what to do next. And there’s this from Operation Rescue president Troy Newman:

Dr. Tiller’s clinic was the one — the big one — Mr. Newman had always hoped to close. Still, he said, if it closed now it would be no victory for Operation Rescue.

“Good God, do not close this abortion clinic for this reason,” he said. “Every kook in the world will get some notion.”

Update: The United States House of Representatives will hear a resolution tomorrow honoring Dr. George Tiller, offering condolences to his family and condemning his killing. Hat tip to Kansas Jackass.