A literal turd in the punchbowl disrupts peaceful protest 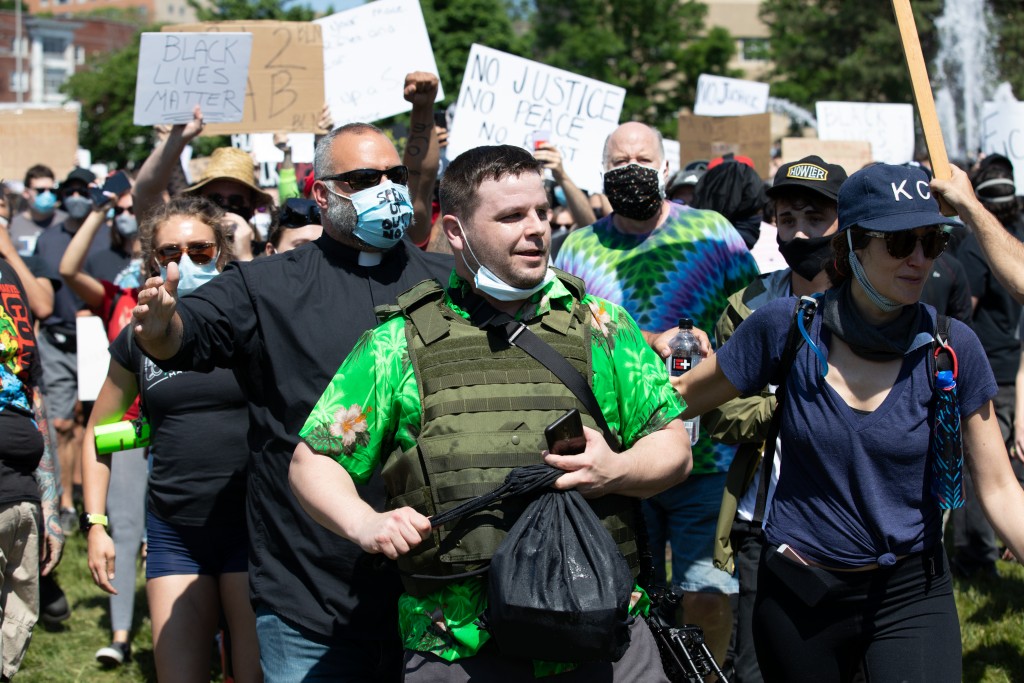 We’ve had some incredible protest marches and speeches in the last week. People have come out of the woodwork to show that they’re good people and that this is the line where America needs to make changes.

And every once in awhile, someone reveals themselves as a huge piece of shit.

On Sunday, amidst a multi-thousand audience of peaceful protestors, some MAGA chud showed up with an AR-15 (or whatever the specific gun may be) to start screaming at silent protesters about how they were terrorists. He stood on the edge of the fountain like a bully in an 80s film standing aside a pool; daring everyone to push him in.

As someone standing feet away from him, this sucked. This sucked ass. And his distraction stole attention from a solid 30 minutes of the speakers and messages of the day. Just one asshole. Doing his one asshole thing.

Fuck you, you incredible piece of shit.

Crowd chanting “go home” at a guy who showed up with a gun and started ranting at everyone. pic.twitter.com/bd3OLc1SVQ