A highly subjective gift guide for the writer in your life 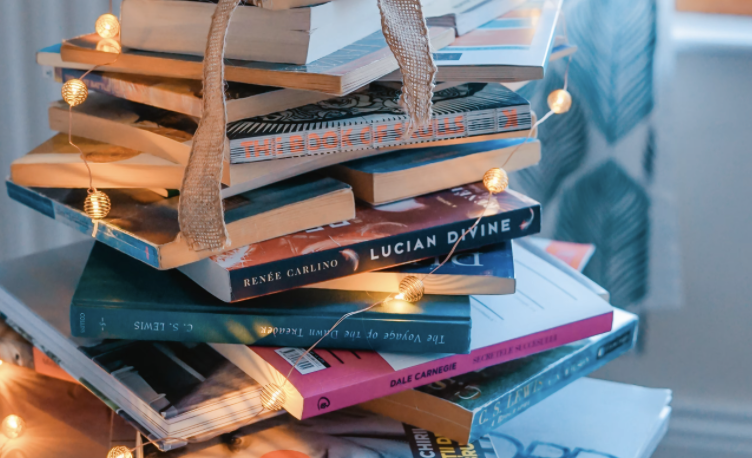 Writing is weird. If you watch somebody writing, it’s usually just them sitting frozen, staring into the middle distance and looking perturbed.

If you have the good fortune not to be a writer yourself, give thanks, friend. If you live with a writer, or love one, I am so terribly sorry. We are not good company. When the work is going well, we want to get back to it; when the work is going poorly, we collapse in a shame-heap.

If you love a writer and wish to help them, here are some of my recommendations.

Every writer, no matter their genre, should have a number of general reference titles that’ll help them sharpen their command of language, and refine their style. Historically, this has meant usage guides like the Chicago Manual of Style, or the granddaddy of the form, Strunk and White’s The Elements of Style. It’s a slender rule book that’s been pressed into the palms of bookish recent grads since it appeared in 1959, its tone of faint disapproval gathering authority over time. Such books are useful and worth owning, for all the times when a writer forgets some grammatical convention or gets lost in the weeds of subject-verb agreement.

For any writer or person with a fondness for good writing and story-making:

Dreyer’s English is refreshing for anybody engaged in the confounding, cat-herding task of working with the English language. Its full title is Dreyer’s English: An Utterly Correct Guide to Clarity and Style, and as the subtitle suggests, it is a good deal cheekier than its predecessors. If Strunk and White is a glowering test-proctor, Dreyer is more like a rascally fellow student. Benjamin Dreyer is a longtime editor at Random House, so knows his way around a paragraph but forgoes the chastising tone of usage-policing too common in such guides. The Dreyer conception of “style” is not striving for correctness (i.e. “style” is rulebound, so can be “right” or “wrong,”) but an allegiance to good writing, acknowledging that an author’s expressive goals won’t necessarily adhere to a rigid standard of formality.

George Saunders is one of the nation’s most celebrated writers. He is also a longtime English professor at Syracuse University. It’s Professor Saunders who writes in the pages of 2021’s A Swim in a Pond in the Rain: In Which Four Russians Give a Master Class on Writing, Reading, and Life, the product of an MFA course on Russian short stories he’s been teaching for 20 years. Saunders the writer, even at his darkest and weirdest, is deeply humanist—his ample intelligence is bighearted and his work strives after joy and transcendence and grace. The same is true of Saunders the teacher. Swim is no cheerless work of scholarly dissection, but the lively expression of a lifelong love. Saunders guides readers through stories by Gogol, Turgenev, Chekhov, and Tolstoy as both a master craftsman drawing our attention to technique and as a story-addicted fan who remains smitten and delighted. If you are a person who writes, it is necessary to be a person who reads, and if your find your enthusiasm for it waning, check out Saunder’s book to rekindle some of your love.

Lynda Barry’s Syllabus is less a tract on writing than it is on fostering and nourishing a vivid inner life and playful creative practice. Barry is known primarily as a cartoonist (her work appears regularly in The New Yorker) who teaches a course in interdisciplinary creativity at the University of Wisconsin-Madison. This is a richly illustrated workbook modeled on that class that will help any artist of any sort uncover a capacity to surprise themselves and become looser and freer makers.

For the Poet in Your Life:

Poetry can be intimidating. I’m always certain I won’t get it, and that I’ll be revealed as a big dimwit. But the right poet, guiding you through the reading and writing of poetry, can be a downright revelation.

A Poetry Handbook, by Mary Oliver. Like any good teacher, poet Oliver seeks to demystify. Her prose is plainspoken, and she has both a great reverence for the form and insists that a writer tackle the creation of poetry not as some ethereal or overromanticized thing, but as any other form of skilled labor—with patience and perseverance.

The Triggering Town: Lectures and Essays on Poetry and Writing, by Richard Hugo. Hugo acknowledges the mysterious nature of poetry while encouraging people to become closer readers. Readers will be inspired to keep seeking their truest expressive selves, and to cultivate a mindset where the leap of intuition and conscious intention may beneficially coexist. These lessons permit readers to explore both the initial (the title’s “triggering”) subject of a poem, and the deeper ones underlying it.

Making Your Own Days: The Pleasures of Reading and Writing Poetry, by Kenneth Koch. Koch lingers over phrases and passages of others’ poems, guiding our eye to the methods at play, and is keen that we pay heed to the (literal spoken) music of language. It’s easy to forget that poetry, like all writing, arises from a spoken tradition that predates written language and that even on the page, we must remain aware of cadence and rhythm, pacing and flow.

The Anthologist, by Nicholson Baker. This is not a how-to, but a novel, whose narrator/protagonist is a poet. As he tussles with (and procrastinates on) the introduction to a poetry anthology he’s been hired to write, he offers spirited and incisive discourses on rhyme and other tools of the poet.

For the Essayist/Memoirist in Your Life:

To Show and to Tell: The Craft of Literary Nonfiction, by Phillip Lopate. Like any self-respecting essayist, Lopate is a bit of a crank. His is the voice of that beloved, cantankerous uncle whose playful, contrarian presence livens any gathering. Lopate is a champion of the essay form and has edited many essay anthologies, so he may be relied upon for deeply held opinions which he expresses with bristly good humor.

The Writing Life, by Annie Dillard.  Dillard is an exquisite observer—of the natural world, famously, but also of her own mind. This slim book interweaves recollections with advice to create a portrait of a writer gaining in confidence and power, as well a top-notch how-to full of no-nonsense, tough-love advice.

Collected Essays of James Baldwin, by James Baldwin with an introduction by Toni Morrison. This edition gathers several volumes of Baldwin’s essays. While the life and craft of the writer is his occasional subject, this is not a how-to or guidebook, it is simply a one-stop shop for the best American essays of the previous century. Baldwin is a peerless master of weaving together reminiscences of his lived experience with his blistering observations about the society he lived in, all delivered with prophetic and unfailing moral clarity in supremely controlled prose of heart-stopping beauty. If the essay is an imperfect form, Baldwin comes as near to perfecting it as anyone.

For the Fiction Writer in Your Life:

On Writing, by Stephen King. Is King the single most monstrously popular author on the planet? His advice on writing is a rock-solid addition to any writer’s collection. King does not speak as Novelist Tycoon, deigning to drop bestseller pearls before the swine below. Rather, he talks to readers as a guy in the trenches alongside all writers, facing down the merciless enemy of the blank page.

Steering the Craft: A 21st Century Guide to Sailing the Sea of Story, by Ursula K. LeGuin. LeGuin is one of the most forceful and persuasive champions of the potential of the written word to wield power and magic. As a mentoring voice, there is no one more infectiously geeked out about firing up the imagination and taking it for a spin. Where so much of writing is vexation and bafflement, LeGuin excels at reacquainting readers with that library-rat kid we all have inside, bedazzled by the wonderment of story.

For the Screenwriter or Playwright in Your Life:

The Dramatic Writer’s Companion: Tools to Develop Characters, Cause Scenes, and Build Stories, by Will Dunne. In this book, Dunne aims to help writers create a precise and vivid expression of their own idiosyncratic vision.