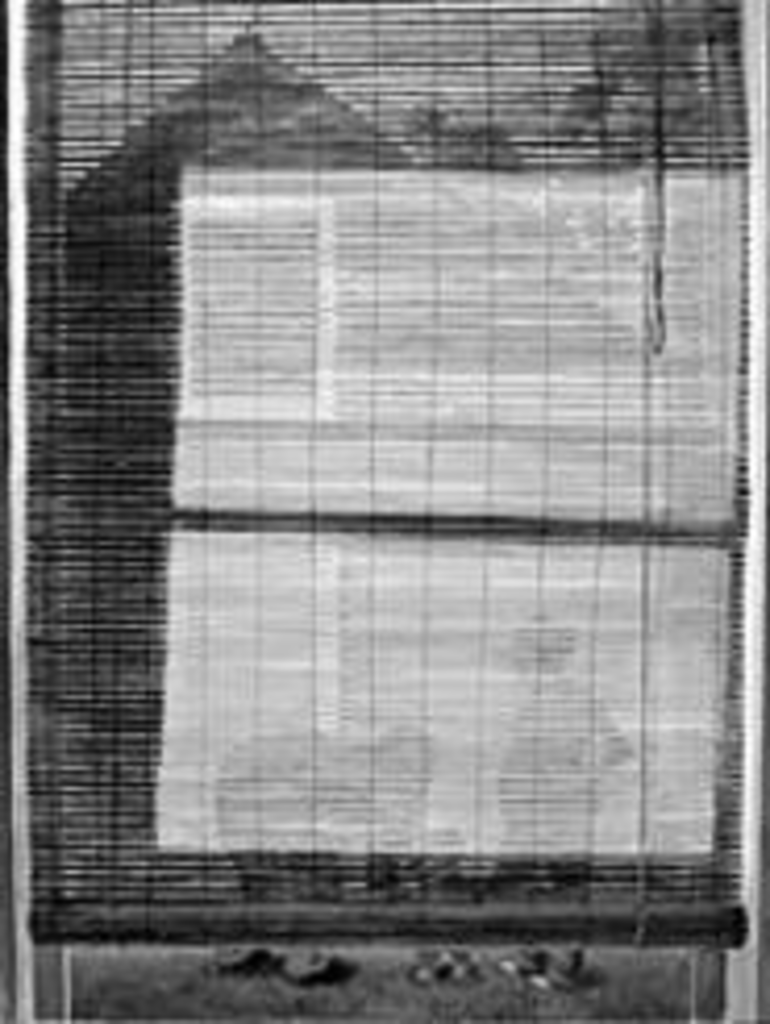 The Dennis Morgan Gallery did some remodeling recently: Twelve new windows were added to its walls. But for this renovation, the most crucial piece of hardware was a paintbrush. Window Paintings, a show of recent work by Kansas City artist Leeah Joo, consists of eleven oil-on-canvas paintings and three prints depicting figures or landscapes seen through or reflected in the glass of a window.

“I want my paintings to be magic,” Joo says. And they are. With her carefully rendered representational style, the artist plays visual tricks on her viewers. The way an unfortunate bird might mistake the transparency of a windowpane for open air, Joo’s audience can, with a bit of imagination, mistake these works for what they appear to be. But there’s more here than fools the eye.

“In essence, [my work] is about loving to hear stories, reading stories, watching movies,” explains Joo, an avid reader. “It’s that fictional narrative that I am really attracted to.” For tangible evidence of that connection to fiction, one need look no further than the Kansas City Art Institute’s faculty show, Gathering Influence: The Artist as Collector (at the H&R Block Artspace until December 18), in which exhibitors were asked to display objects or artwork they find inspiring. Alongside one of her window paintings, Joo, who has taught painting at the school since 1998, has set a stack of books that includes a Flannery O’Connor short story collection and Korean comic books.

But her passion for storytelling is abundantly evident in her own work. The window frames set a stage for her scenarios, with curtains or blinds pulled back to reveal the characters and backdrops, a mixture of fact and fiction. “A lot of the structural things you see — the image of a house or the trees out in the yard — are really there,” Joo says. “The fiction part comes with the narrative that happens with the figures. I don’t necessarily have neighbors that look like these people.”

The subject matter is deeply personal and introspective. “Often writers will tell you that the best characters and stories are based on experience. You have that confidence in all those wonderful specific details that give life to your fictional characters,” Joo says. “For me to talk about or express or deal with something extremely personal, I do need to distance it by making it seem more fictional.”

Physically, that distance is enhanced by Joo’s reflective medium as well as by inherent barriers such as venetian blinds, bamboo shades and lace curtains, which partially veil the visual narrative. In “Transatlantic Trunk Call,” for example, the reflection of a female figure stands at the left side of the canvas, speaking into a cordless phone. The beige lines of the venetian blinds obscure her eyes and mouth, making her defensive posture the sole clue to her mood. Meanwhile, two male figures appear in the lower right-hand corner of the work, also in reflection. One hunches sullenly forward, dragging on a cigarette. The viewer sees only the back of the other man, who is obscured almost entirely by bits and pieces of the dark, nighttime scene outside. A golden-white deluge of Christmas lights on a house opposite the window blends into the reflection of the interior scene. Joo paints a picture that tells a story, but she leaves that story unfinished. It is up to the viewer to create his or her own narrative: Is the woman calling family on Christmas Eve? Are she and the smoker displeased with each other? What is the role of the shadowy figure?

Joo says her window paintings evolved from her last series, Kansas Cityscapes. In scouring the city for areas that were in the process of being torn down or renovated, she found that construction sites were typically fenced off with wire. “I couldn’t look through it. I couldn’t climb the fence to get to the site. I could either ignore it, or I could embrace it and make it part of the work,” she recalls.

Having decided to turn her focus to interiors, Joo was struck by the similarity between the black-diamond crisscross pattern of an iron security grille on a window in her new studio and the wire fences that had fronted her cityscapes. “To me, it was a natural transition to go from the landscapes to this interior subject matter,” she says. After making paintings that incorporated the grille, Joo began searching for other visual obstacles appropriate for windows. “I was at a friend’s house who had a bamboo blind. While we were talking, I saw this wonderful visceral quality of the light coming through. She’s talking, and I’m thinking, I have to go out and buy one of these things and make a painting,” Joo says, laughing.

The purchase dominates “Greener the Grass.” The slits in the rolled-down shade reveal the shadowy outline of a family: A father bends over, arms outstretched, while his infant daughter takes wobbly steps toward him. The mother, who is again pregnant, watches, one hand resting on a hip for balance. The small gap at the very bottom of the shade reveals the father’s black shoes and the cuffs of his gray pant legs, the baby’s pink booties and the mother’s sandals and jeans as well as the grass they stand on. A rectangle of sunlight filters through the shade; one almost expects to find the sunbeam continuing down to the concrete of the gallery floor.

The painstaking detail conceals the specifics of the family scenario, leaving the viewer room for narrative interpretation. “The most enjoyable part of the painting process is figuring out how to talk about something that happened to me, but not make it so self-referential that it’s like a diary,” Joo says. “There’s enough things going on [in the painting], whether it’s the illusion or devices that I use formally, that defuse the self-reference in the work.”

That kind of attention to detail requires patience, dedication and time. Joo spends about two months on a window painting. “Sometimes I want to pull out my hair,” she admits. “Then I flip open a Vermeer painting and see a little detail like a pearl earring and the amount of attention that went into it. That gives me the courage to do it.”

Though Joo’s stories employ many of the writer’s formal devices — description, foreshadowing, comparison and contrast — writing isn’t a medium in which she feels comfortable. “If I could write these narratives, I would,” she says. “When I was in college, I took some classes in creative writing. None of the teachers were very encouraging. They were like, ‘Don’t give up painting.'”