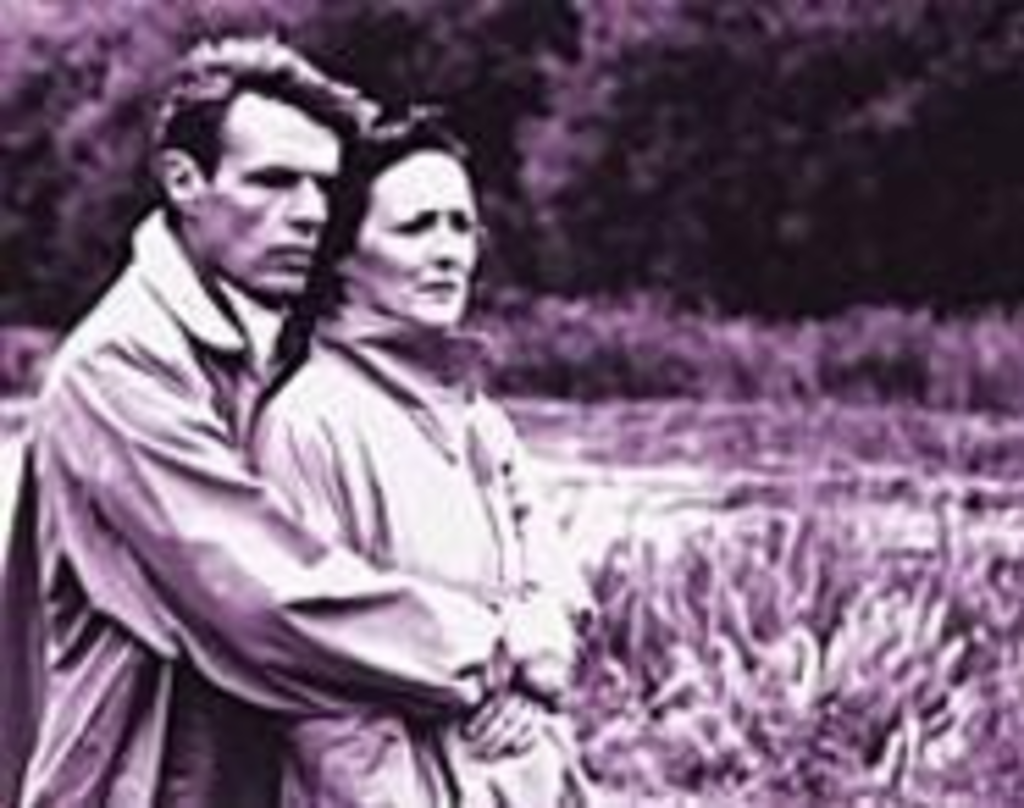 Certain actors just seem to belong with certain directors. Film history is full of actor-director teams that, when their efforts are combined, develop a chemistry that results in movie magic. John Ford had John Wayne. John Houston had Humphrey Bogart. Federico Fellini had Marcello Mastroianni. Today it would seem odd for Neil Jordan to make a film without Stephen Rea.

A similar female relationship may be in the works between award-winning Irish actress Fiona Shaw and distinguished British theater director Deborah Warner. Having directed Shaw in a number of acclaimed plays, Warner makes her film directorial debut with The Last September, in which Shaw plays a pivotal role.

In a recent phone interview, Shaw reveals the excitement of bringing their collaboration to the big screen. “Obviously, this is the first movie I’ve done with her, but we have filmed some of the plays we’ve done before, like Richard II, and we made a little telefilm of Hedda Gabler,” Shaw explains. “I’ve worked with her behind the camera before, but not to this extent.”

On occasion dubbed “the next Vanessa Redgrave,” Shaw has complemented her theatrical career with movie roles since her cinematic debut in 1989 in My Left Foot. Although her movies have ranged from the ridiculous (The Avengers, Super Mario Bros.) to the sublime (Persuasion, The Butcher Boy), her carefully crafted performances and sharp features have always left a lasting impression. But the opportunity to work again with Warner was a chance not to be missed.

“We hadn’t actually worked together for four years, (though) we’d done Waste Land off and on,” she says. “But we hadn’t done a new play together. Deborah has a sort of (calm) Quaker countenance and I have a kind of Irish Catholic adventurousness. Her ability to add shape to (my effort) is really quite remarkable. It particularly suits me.”

One of their most notorious collaborations was a production of Richard II, in which Shaw played the title role. She was eager to explain how this unusual cross-gender casting came about.

“We’d been looking for a play to do at the National Theater, and we were very keen to do a Shakespeare play, because we hadn’t done Shakespeare together,” Shaw says. “We had done Ibsen and Sophocles and Brecht, but no Shakespeare. I had played a lot of the heroines with the Royal Shakespeare Company, and Deborah, of course, had directed a lot of the plays. We’d sort of covered a lot of the territory independently. We’d (considered) Hamlet, but I really felt that Hamlet was about a man. However, Richard II is a sort of lump of poetry, written in this strange style. It’s Shakespeare’s version of ‘ye olde English.’ It’s very simplistic, and it really sort of transcends gender. I think that Richard II is a character who is hardly a man and who thinks he is a god, really, if anything. It’s sort of easier to play a god than a man.”

The opportunity to reinvent Shakespeare was a challenge at which Shaw and Warner leapt. “It was really an exercise in theatricality, realizing a play that had become very barnacled with theatrical history. I think that, in the process, we flushed out (the fact) that indeed a lot of England sees these plays as history rather than as theater. We did re-find the theater aspect of the play.”

Still, discovering the right interpretation of a male character was a daunting challenge. “I wasn’t at all into the gender,” Shaw claims. “But we had enormous difficulty trying to design it. Strangely, every time we tried anything remotely near a men’s costume — because women so often wear men’s costume’s, they look completely female in them. After weeks of trying, we found the inspiration of sort of bandaging the body. I was completely bandaged, which served the double function of hiding my own gender and, indeed, giving me a sort of stiffness that I think really helped.”

Yet another challenge the duo embarked upon was the aforementioned The Waste Land, a one-woman interpretation of a lengthy poem that Shaw and Warner turned into a theatrical event (and another short film). “It’s not a play, it’s T.S. Eliot’s poem. I did it in a series of voices…. It’s like a series of jump cuts in film,” she explains. “We first rehearsed it in Brussels in a house. A lot of the references were very domestic, so that’s how we found our way into the poem. Then we always (performed) in buildings that were in transition. Either they were just closed or closing or were not theaters. We did it at a gin factory up in Toronto, we did it in an old cinema up in Montreal, and in an absolutely dead cinema on 42nd Street. These buildings in transition hold a lot of resonance and a prickly excitement for the audience.”

Their feature film collaboration, The Last September, takes place in the early 1920s and deals with the conflict between the British aristocracy that had taken up residence in Ireland and the local citizens. Shaw has a particularly cogent understanding of the dynamic between these groups.

“I was brought up in Cork, in Ireland, where the film is set. I was educated locally and went to university locally, indeed, and read philosophy. After my degree, I went to the Royal Academy of Dramatic Arts in London, and from there I was taken to the National Theater and then on to the Royal Shakespeare Company. I know the local history, and I know the Anglo-Irish very well because I was brought up among them. And they’re still very much there and very much a part of the community. They’re very pleasantly a part of the community, and indeed it’s rather wonderful that a film can be made that is sympathetic to this group when there have been so many films, happily, celebrating the (Irish) underdog’s rise. It’s an unusual perspective, another perspective on Irish cultural life, one that I am very familiar with.”

Shaw bristles a bit when she hears people compare the conflict in this film with what continues in Northern Ireland. “The class war is much more clear in The Last September than it would be in the north of Ireland,” Shaw says. “In the south, Elizabeth I planted these (English aristocrats) in Ireland, and the Elizabethan plantations and the James plantations that followed were the planting of one race into the middle of another as their overlords. In the south, that took a sort of feudal form. They were given great houses, and the local people were their servants. In the north of Ireland, it is more complicated. The Irish Catholics had the majority and, because of that, the English (settled in certain provinces) so that they would outnumber the Catholics. It’s taken a bit longer to be solved. But there’s no problem with the Anglo-Irish in the south now. In the north, it’s difficult because, at least in symbolic terms, it is still ruled by Britain.”

Perhaps Shaw can find yet another story there to be told. If so, it wouldn’t be too hard to predict who’d direct. Irish stage actress Fiona Shaw brings a personal perception to The Last September, a period piece that deals with the conflict between the occupying British aristocracy and the local Irish natives.