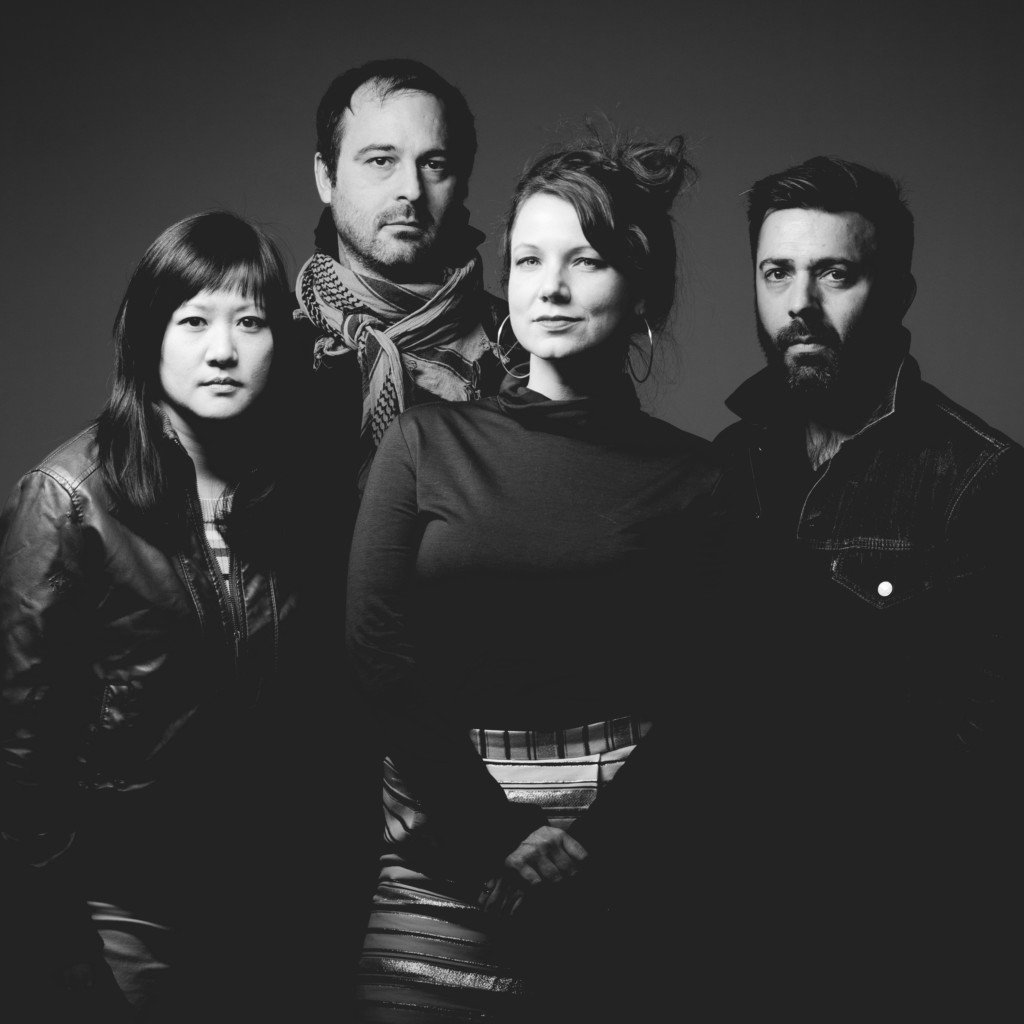 Other Americans’ first-ever live performance was a big one, opening a sold-out Meg Myers show at The Riot Room in June 2018.

But the dance-pop foursome’s origins are a bit humbler than that suggests, says guitarist and electronic programmer Brandon Phillips. He and vocalist Julie Berndsen started talking about the band over nachos at El Pueblito three years ago.

“We had never met,” Phillips says of that first interaction. “So, we had to do the weird, sit-down, getting to know you: ‘What kind of records do you like? Is it okay if I double dip?’”

“I didn’t know that Brandon was into electronic dance stuff as much as he was,” Berndsen says, “so that was really exciting.”

“A big portion for the idea of this band, before it even started, was that it was supposed to be very different from the other stuff that we’ve done,” says drummer Adam Phillips.

And it’s true: the band’s sound, which pulls from ’80s new wave as much as it does from The Faint or Icona Pop, couldn’t be more different than the Phillips brothers’ time in the hard-rocking Architects, Berndsen’s singing for electro-noir outfit the Latenight Callers, or bassist Michelle Bacon’s work for the indie-soul of Katie Gullen and the Drive.

The band makes the kind of music that might have been popular in the late Nineties—pulsing, intense, dance-oriented, and good for taking drugs with. “I’ve definitely listened to a lot of that drugs-y EDM, and I do appreciate that we’re possibly a guilt-free alternative to that,” Brandon says, adding that a lot of the bands from that era were only popular because of the drugs. “You don’t have to come to our show and, like, sweat and grind your teeth.”

The intensity of Other Americans’ live shows carries over to its new EP OA2, which is a short, sharp shock of four songs and four remixes. The songs are just slightly menacing, thanks to some darkly resonant rhythms and sharp-edged guitars. It’s offset by the beautifully shimmery vocals and melodic electronic touches, reminiscent just as much of early ’80s Italo disco as it is turn-of-the-millenium dance punk. With the band’s debut EP just over a year old, the short album format suits the band, Brandon explains.

“Making albums is really expensive, and it’s really anxious, and it’s a huge fucking heavy lift that takes way more of everything,” he says of full-length records. “I would rather put out ten things in a year than one thing every two years.”

“I think, also, your sound can change really quickly,” Berndsen says. “With the EP, you get a snapshot—a picture—and there’s growth and changes. An EP can capture that a little more encompassingly than an album could.”

The conversation turns to dance remixes and other ways music is repurposed and presented. The members discuss weird Clash singles, Bloc Party remixing its entire Silent Alarm album, Paul Oakenfold, and Mezzanine tackling Massive Attack. It hammers home the fact that Other Americans isn’t just a bunch of rocker dabbling in dance. These folks know their shit.

“If we wanted to, some day we could completely recombobulate every song in the set,” Brandon concludes with a laugh and a grin. “Totally different set: Look how fucking good we are!”

Other Americans’ album release for OA2 is this Saturday, October 19, at miniBar with Emmaline Twist. Details on that show here.